Is anything drearier than a dreary Monday? I think not. So how about some dreary news:

Update from the Russian Collusion Factory: there might not have been any. I can’t hear you, what did you say? There may not have been any collusion? But, but, but - Macedonian Content Farms! 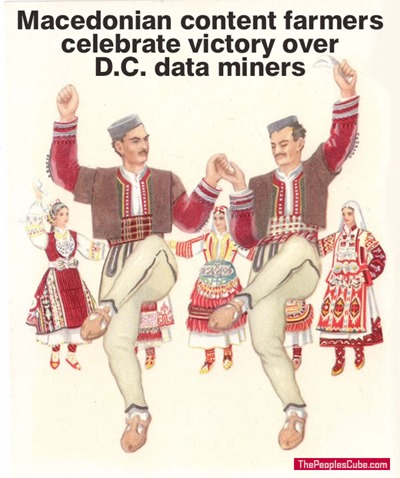 Don’t despair, it turns out there may have been no Trump collusion, but lots and lots of Russian interference:

Have you noticed? In recent public comments, the lawmakers investigating the Trump-Russia affair, along with some of the commentators who dissect its every development, seem to be focusing more on the facts of Russia’s attempts to interfere with the 2016 election and less on allegations that Donald Trump or his associates colluded with those efforts. - Byron York: Is tone of Trump-Russia probe changing?

The left-wing Mother Jones describes troll factories that "spent about $2.3 million during the 2016 election cycle to meddle in US politics, paying the salaries of 90 'US desk' employees who helped wage disinformation campaigns via social media that reached millions of Americans. The operation also contacted US activists directly and offered them thousands of dollars to organize protests on divisive issues, including race relations." – Richard Fernandez: Closing In On The Last Sacred Thing.

And all they needed was a few bucks and access to the wonderful world of social media.

Fake hotdogs, deluded activists, big results. It was as if the impecunious Russians had found the secret thermal port that led to the reactor spaces of the media Death Star and sent a bomb down it. The mesh topology of social media connections allowed ideas to propagate very quickly…

Executives from Facebook, Google and Twitter have been called to give sworn public testimony before a US congressional panel early next month about what happened on their platforms in the run-up to the presidential election, now almost a year ago. The companies have also been approached by Robert Mueller, the special counsel investigating alleged ties between Russia and the Donald Trump presidential campaign.

Imagine that, our wonderful world of social media can be used against our own best interests by evil doers! Who’d of thunk. Well at least we won’t let it get any worse – oh wait:

Silicon Valley is in the midst of building an even bigger monster machine.  Steve Kovach describes Google's project to create a herd of Trojan Horses to get inside every aspect of your life. "Google’s hardware division will be used to sneak the company’s AI technology into everything" you touch.

All of Google’s new products incorporate its AI technologies in one way or another. For example, Google Clips, its new camera, uses AI to monitor what’s happening around it to determine the best time to take short video clips. It then transfers those clips to Google Photos, the company’s photo storage service, which offers image recognition that’s constantly improving thanks to machine learning (aka, Artificial Intelligence)…

Executives from Facebook, Google and Twitter have been called to give sworn public testimony before a US congressional panel early next month about what happened on their platforms in the run-up to the presidential election, now almost a year ago. The companies have also been approached by Robert Mueller, the special counsel investigating alleged ties between Russia and the Donald Trump presidential campaign.

For all the repercussions of Trump’s presidency, among the most surprising may be the hostile scrutiny that has sprung up of America’s star-dusted tech companies, as awareness dawns of how Russia took advantage of the companies’ platforms – and their highly profitable obsessions with targeting individuals and content sharing, minus oversight – to elevate Trump and attack Hillary Clinton.

If any part of the Russian meddling story is true it does make one wonder: what were they thinking?

What part of “Make America Great Again” do they not get? 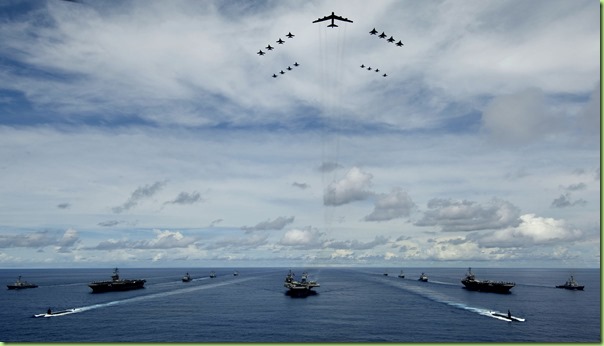 They may wish to revisit their calculus. The arc length of their parametric curve seems a bit off. 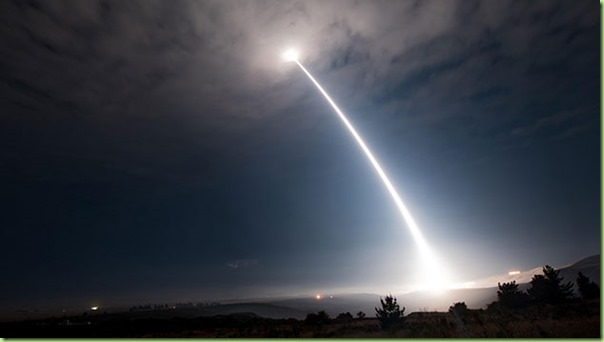 Whereas ours is not.

Gosh, it's almost as if the pro-Russkie trolls who contnually push a pro-Russkie agenda, including things like "protests" of the national anthem, and the presidential candidacy of a foreign-born troll who grew up a muzzie and "community organizer" (racist agitator), are actually located outside the US, and weren't particularly interested in the election outcome, merely wanted and still want to undermine US interests in the world and cause domestic chaos. Thanks NOBO2012.

Our tech companies are creating supersystems... if they don’t build protections into them the Russians et al will have even stronger tools to use against us.

Google clearly sees Assistant — and artificial intelligence more generally — as its next big foundational technology, one that could soon rank up there with its search technology and Android. And reading between the lines of the press event, it seems clear that Google sees its hardware effort as a kind of Trojan Horse for its AI efforts, a way to sneak its assistant and its AI into consumers’ homes and lives.

For all the talk in the tech industry about the new computing devices that could replace the smartphone, such as augmented reality goggles and smartwatches, the software underlying those devices will likely be more important than the gadgets themselves.