Hollywood has clearly lost what little grasp on reality they had: 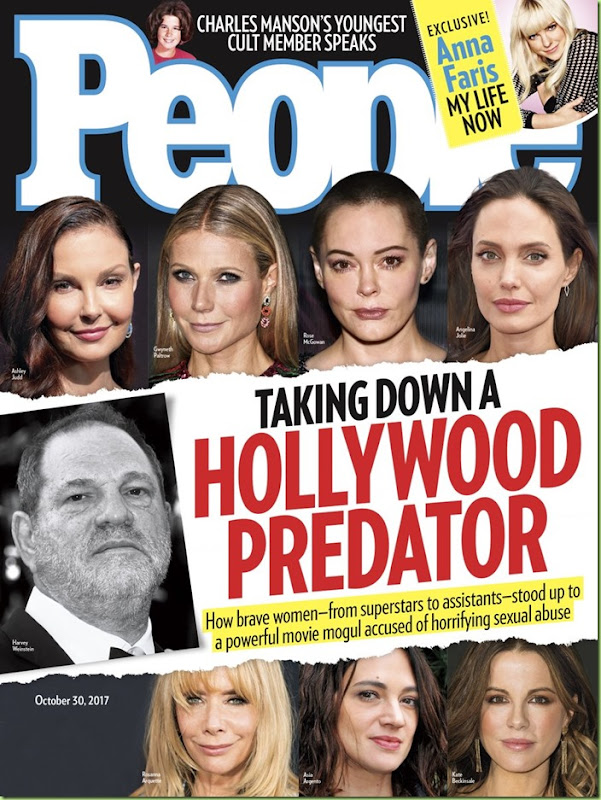 Oh for heaven’s sake: “How brave women –from superstars to assistants- stood up to a powerful movie mogul accused of horrifying sexual abuse.” In the immortal words of John McEnroe, “you cannot be serious!” I would like to think the People cover is intended as irony, but we all know better.

Let’s start with Rose McGowan, who’s been running her mouth non-stop about what a pig Weinstein is and how Hollywood just turns women into sex objects – there’s a real news flash! Here’s Rose at the 1998 MTV Music Awards in a dress that exposs her derriere, along with other lady parts: 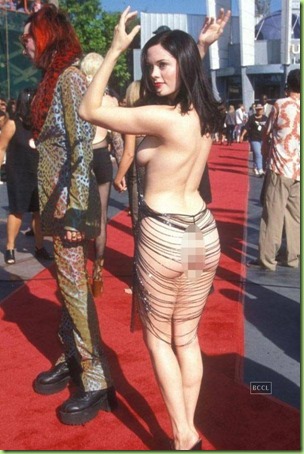 Doesn’t appear to me that she needs much help turning herself into a sex object. I’m sorry she was raped by the pig when she was 23. But let’s be clear: she could have decided to be “brave” at the time, not 21 years later. She didn’t though; she opted not to press charges (blaming her lawyer) and she accepted Harvey’s $100K settlement. She didn’t have to do that, unless she decided she wanted stardom more than she wanted justice. She made her bargain with the devil and understandably regretted it later.

But why would you agree to continue to pose for photo ops with the creep? WHY?

No, I’m not blaming the victim. I’m just asking People Magazine, what “bravery” are you citing here? How is it that Ashley, Gwyneth or Angelina “stood up to” Harvey at the time? Did they file charges? Did they pen an editorial for the New York Times, LA Times, Hollywood Reporter or Washington Post exposing the misogynistic behavior of old Uncle Harv? Did they call for the end of exploitation of women in Hollywood when they were young, hot and exploitable?  Did they provide People Magazine with an up-close and personal expose of the perv who was molesting and assaulting young actresses and wannabes when they ran the risk of being black listed?

No, I think not. They were silent. So how does keeping your yap shut for years on end, allowing this pig to continue his abusive attacks on other young women with impunity constitute valorous behavior? They didn’t “take down a Hollywood predator” they simply piled on when someone else finally did, decades later.  They may have been victims but stop casting them as heroic – another word that has come to mean nothing in the postmodern transformation of America.

RELATED: Michelle’s chosen role model for her girls, Beyoncé, according to US Weekly, is rockin’ her toned post-baby bod in a crop top and form fitting skirt from her Ivy Park clothing line. Because shouldn’t every girl aspire to looking like a Barbie doll dressed up like a pimped out whore? So they can be more empowered, or something. 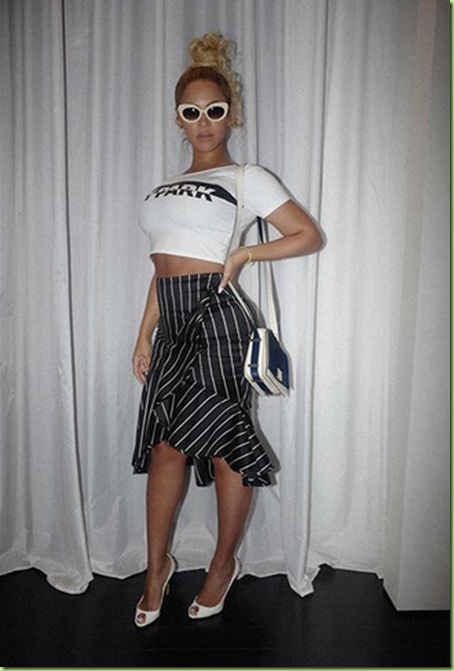 And by-the-way, why is it cultural appropriation for white women to wear hoop earrings but perfectly okay for black women to sport straight blonde hair? 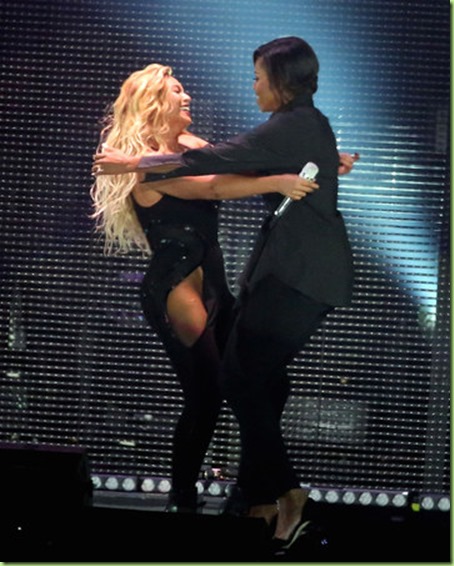 Never mind, I know: because RACISM! And while I’m at it, isn’t dressing like a slut some kind of cultural appropriation? After all, Madonna did it first. Or is it racist of me to even suggest that? 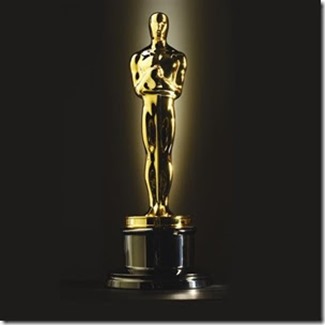 Spare me your tired, your poor, your huddled masses yearning for the marquee, The wretched refuse of the teeming whores. Send these, the soulless, tempest-tossed, debris: they lift their lamps to the gold they grope for.

“Knowledge will degenerate into a riot of subjective visions and Justice will be replaced by Pity as the cardinal human virtue, and all fear of retribution will vanish and The New Aristocracy will consist exclusively of hermits, bums and permanent invalids. The Rough Diamond, the Consumptive Whore, the bandit who is good to his mother, the epileptic girl who has a way with animals will be the heroes and heroines of the New Age, when the general, the statesman, and the philosopher have become the butt of every farce and satire.” From W. H. Auden’s “For the Time Being,” a prophetic poem from a half century-ago (1944).

Well If you’ve got it, flaunt it? An old saying but appropriate for attractive women who head to Hollywood with every intention to use their “assets” to gain fortune and fame. Sometimes the road to stardom isn’t “paved”

The entertainment industry’s portrayal of women is entirely about their sexuality. How is it that these adult Barbies take comfort assaulting the perfectly normal and culturally appropriate behavior of their grand master when he is down? Simple. they understand, on the deepest level of their souls, they are whores willing to sell themselves body and soul for a glimpse of fame and fortune.
“Rape?” It is not rape if it is a quid pro quo for one’s most cherished goal. Sex is a small price to pay for fame and fortune, until you realize you are eternally damaged by your deal with the devil.

I suppose the new saying should be, “When you’ve got it, flaut it. Once it’s gone, develop morals and outrage.”

And I guess with all those starlets laying back and saying nothing all these years, Hollywood officially equals Hell now.

Madeline Albright: 'Special Place in Hell' For Women Who Don't Vote For Hillary

At the time, Albright, who served as Secretary of State under Bill Clinton, huffed: "Though I am flattered that Governor Palin has chosen to cite me as a source of wisdom, what I said had nothing to do with politics."

She naturally followed that statement with an intense political attack on Palin and GOP presidential nominee John McCain.

These women have not named any other men. They are covering up for the rapists.

The definition of “brave” has certainly been revised in recent years.

att Damon & George Clooney: “Weinstein Was an A**hole!” But, we are all assholes, so, what difference does it make?