Legend has it that whenever Dorothy Parker’s phone or doorbell rang she would utter “what fresh hell can this be?” That’s how I feel when I turn on the news.

So indeed, what fresh hell is this? Nobody knows nuthin’ yet. Except that the perpetrator was a white guy - Were he not, we still wouldn’t know his name.

All we know for sure is that the left will politicize the Las Vegas massacre for their purposes. Either the shooter was a Trump supporter and therefore all Trump supporters are responsible. Or, if he was not, he was driven to madness by Trump. Heads they win, tails you lose. 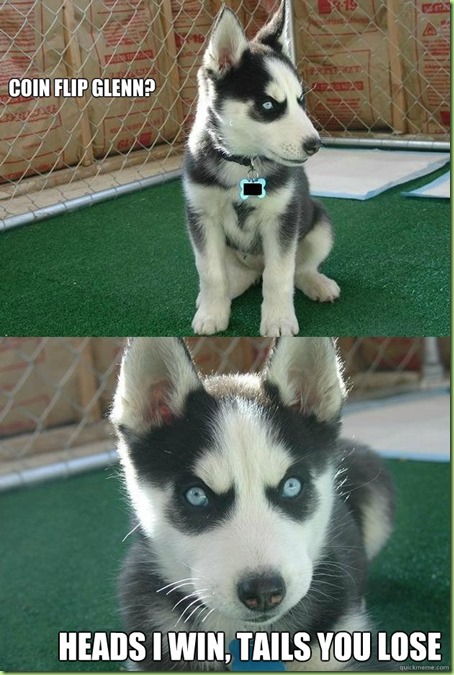 Because it’s Vegas, baby, and the House always wins.

“There is a tide in the affairs of men, Which taken at the flood, leads on to fortune. Omitted, all the voyage of their life is bound in shallows and in miseries. On such a full sea are we now afloat. And we must take the current when it serves, or lose our ventures.” – Shakespeare, Julius Caesar

The most charitable thing I can say about Stephen Paddock is that he failed to take the tide at the flood. Rest assured the Left will not miss it.

Think law abiding citizens and the media might start taking antifa and the left seriously soon?? Or maybe we’ll capitulate to the left’s demands and maybe they’ll leave us alone?

SOLUTION: No matter what, don’t watch the MSM news...ANY channel, ANY source.

It’s amazing what a load it takes off your mind.

Of course, things don't always turn out as planned. They could also end up dead in a hidden bunker like Herr Goebbels.

SOLUTION: No matter what, don’t watch the MSM news...ANY channel, ANY source.

It’s amazing what a load it takes off your mind.

We whacked the local tv news this January as they would have a local Trump hater on and go back to their MotherLand in NYC and follow up with another Trump hater.

Faux news got cut off when MeAgain Kelly tried to lynch Trump the candidate in the first debate.

ABCNNBCBS fake news got whacked about two decades ago.

It is amazing how refreshing our life is without the negative bs from tv.

She went back to Fox News and has a bad attitude again.

“They could also end up dead in a hidden bunker like Herr Goebbels.”

If they follow the time tested Benghazi crisis playbook

My neighbor has no tv or anything except TIME magazine to get her news. She’s happily oblivious to all world happenings except for what that leftist rag, TIME, tells her. I can’t set her straight on anything. Drives - me - nuts.

In fact, like pigs in their own $&!# they seem to be enjoying it?

Considering that antifa has announced that they plan to launch a violent nationwide revolution on October 4, two days from now, I think things may get very clear very shortly.