The Alternative For Germany (AFG) party? They are, literally, worse Than Hitler! 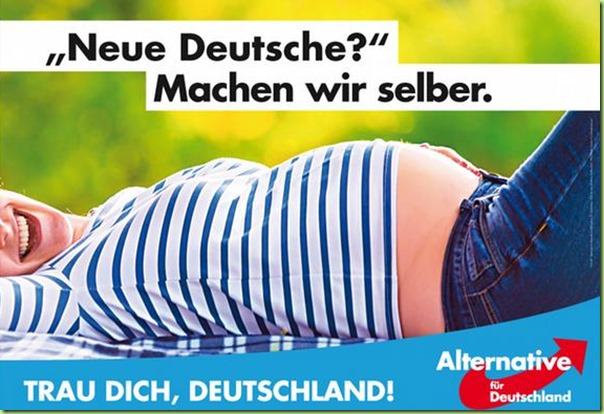 Wow, is that racist! And for a change we’re talking about somebody other than President Donald J. Trump. This time the Nazi tag is affixed to Germany’s own AfG “hard right” party that won dozens of Parliamentary seats in yesterday’s national election after already winning 13 of 16 state parliaments. They did so by running an openly anti-immigrant campaign. 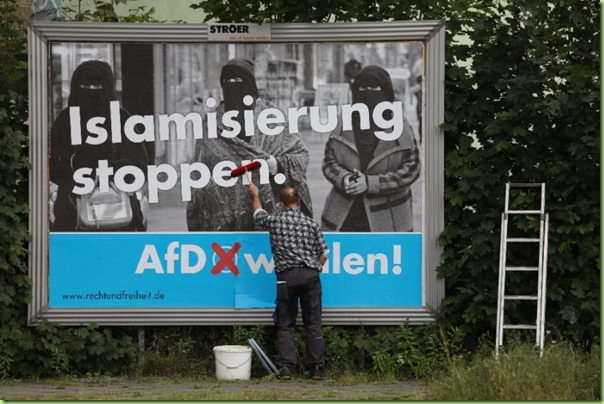 And just like when Trump won, their betters turned out in force to object to the racists victory:

Hundreds of people gathered in front of a club where the AfD was celebrating in central Berlin, shouting "Nazis out" and "all of Berlin hates the AfD".

Mathias, who said he turned up after seeing a call on Facebook, said it was "important to show that it's not acceptable here in Germany for such a party to enter parliament."

The audacity of it all is nearly incomprehensible to the politically correct German Establishment that has become accustomed to running the country as it sees fit.

But in a bombshell for the German establishment, the anti-Islam, anti-immigration Alternative for Germany (AfD) captured around 13 percent, catapulting it to become the country's third biggest political force.

Commentators called the AfD's strong performance a "watershed moment" in the history of the German republic. The top-selling Bild daily spoke of a "political earthquake".

AfD supporters gathered at a Berlin club, cheering as public television reported the outcome, many joining in a chorus of the German national anthem. - AFP

I think they want to Make Germany Great Again. 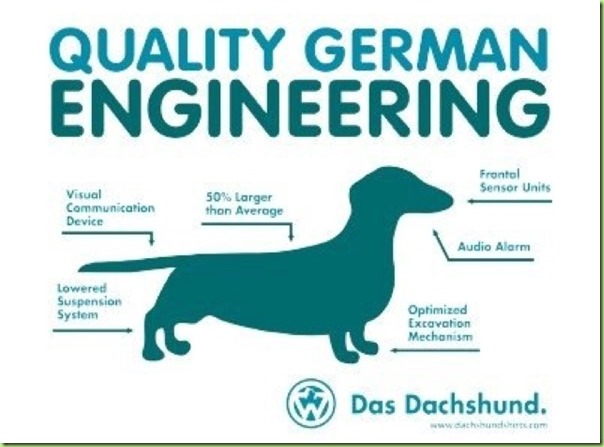