Irma has reached the Florida Keys. Now might be the time to worry. 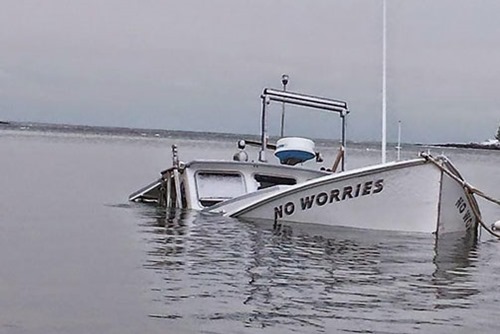 It is definitely time to go to your safe space. And pray.

And as you do, ponder the great power that diversity has wrought – only in America’s National Weather Service could you find a hurricane named Jose. 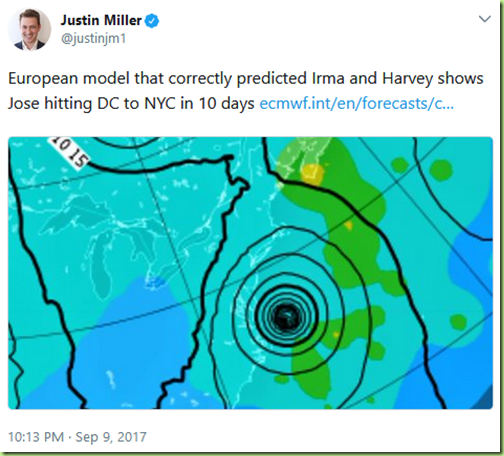 Al Gore will get credit for having predicted it, but the resulting government shutdown will be blamed on Donald Trump.

Oh. Do you mean an actual safe place?

Not to trivialize, but you mention Hurricane Jose on the way.

Originally hurricanes only had women’s names. But due to pressures from political activists, we were compelled to add men’s names to the list. So that’s why we see hurricane names alternate between men and women. I believe this started around 1979 that they started adding men’s names.

Probably the first will be Hussein or Obama with the turd runner up, you got it, Osama Bin Laden.

Wait, Obama is a Christian name we've been told.

I am confused now a days but my trigger finger is not.

Speaking of safe space, how do the indoctrinated snowflakes respond today when they come across something that is really harmful like a hurricane? Do they just explode from the over load of offense?

Hurricane mohammad would cause wide devastation!

getting close...this year (if we get that far)

There is also a “Lee” so antifa should be protesting if we get that far.(never mind hurricanes use first names)

The interesting thing is there were 7 named storms prior to Harvey we never heard anything about.
So climate change started with Harvey ?

That’s right. Climate change started with Harvey. And it’s due to Trump pulling out of the Paris agreement.

When mother nature learned that Trump pulled us out of that, she decided to make hurricanes more powerful. And make sure they hit the mainland United States.

do you work for the weather channel ?

A Cat 5 hurricane hitting Washington DC would truly be “an act of God”. 12 posted on 09/10/2017 9:37:22 AM PDT by RightGeek (FUBO and the donkey you rode in on)
[ Post Reply | Private Reply | To 1 | View Replies]
To: Dilbert San Diego
It will be interesting when the gender fluid idiots get a hold of the hurricane naming convention.

Alternating 'male' and 'female' names suggest that gender is real, which of course it isn't in their minds.

So we'll have to start naming hurricanes with genderless or gender fluid names such as Dakota, Apple, Pat, Sam, etc.

Let’s have tranny names! To not do so would be some sort of pico-aggression.