File this under “They’re so predictable we can write the headlines for them before an event actually occurs.”

While reporters spun George W. Bush as callously staying away from Hurricane Katrina, MSNBC’s Katy Turn on Monday whined about Hurricane Harvey: “[Donald Trump is] going to Texas tomorrow and there's real concern that his going there is going to have to divert, at least a little bit, some resources away from the rescue effort and toward him.” – Newsbusters

I’ve come to expect so little from Deep State Media that when I heard another talking head say  “Trump is looking at Houston like a builder” I assumed he meant Trump was trying to figure out how to make money from it. Quelle surprise! He actually meant that a builder looks at a disaster as a project and understands what resources – both physical and human labor – are required to manage the rebuilding. If you are looking for people who are more interested in how to make money off the misery of others, look to the Left:

Sarsour recently requested donations for the Harvey Hurricane Relief Fund, which, on its face, sounds innocuous enough. But it turns out that this fund is, in fact, a thinly veiled front for leftist community organizing. – Weekly Standard

How a builder’s mind thinks about rebuilding from disaster: 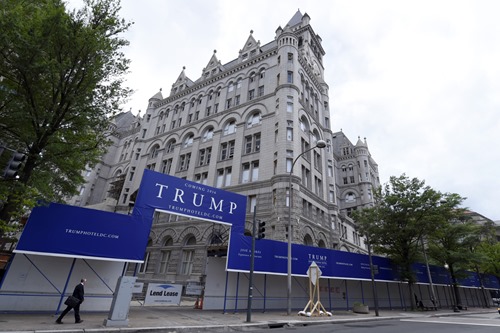 How a community organizer thinks about rebuilding from a disaster: 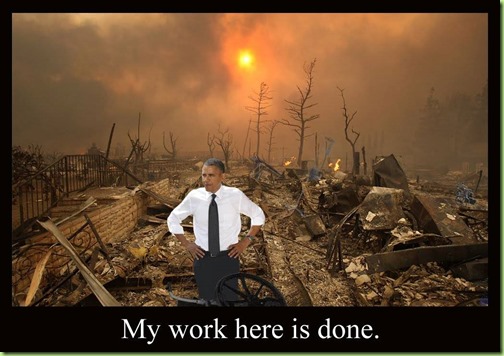 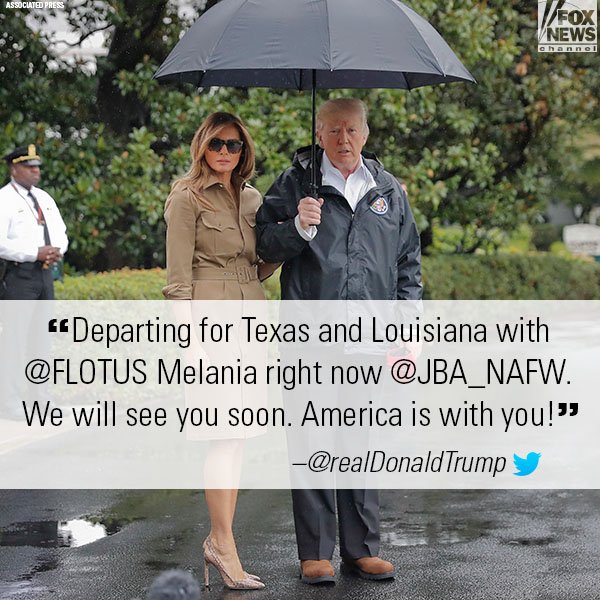 YES! And he is wearing the red USA hat today. It’s like they both turned to the waiting reporters and said, “Pffft!”

There was no possible way for Donald J. Trump to “thread the needle” and respond with the “proper amount” of empathy, as either coming too soon would mean he would be diverting resources from the very high priority search and rescue effort, or coming too late and indicating to some highly sensitive souls that he was much too indifferent to the real needs of the affected people.

Does anyone think that now would not be the time to be talking of tax cuts, since the need for government funds is so demanding? On the contrary, this is the EXACTLY right time for a massive tax cut and a reordering of our tax policy, to steer much more money into the hands of the people who may most effectively assist in the recovery and rebuilding of the affected area.

Houston, especially, is in a position to rapidly revive and restore the local economy, as it is the major banking and industrial center in the region, and would most efficiently allocate the funds necessary for recovery and rebirth.

One thing most imperative, any locality where housing was more than, say, 75% uninhabitable, would be declared a “flood mitigation area” and rebuilding not permitted. Owners of the land rights would be offered either a cash settlement for the land, or make a land exchange for a building lot in an area NOT subject to catastrophic flooding, and rebuild there. This would have to be a local assessment, not one directed from higher level of government. And also free of influence to rule inappropriately, as has happened in the past.