According to an August 11 article published by #Harper’s Bazaar, anyone who is married to a supporter of President Trump needs to file for divorce immediately. That’s the advice given by the article’s author, #Jennifer Wright, who cites two recent high-profile divorce cases in which a wife filed for divorce on grounds of irreconcilable political differences.

In July, a former Miami Dolphins cheerleader by the name of Lynn Aronberg split from her husband, Florida state attorney Dave Aronberg. The wife, who identified herself as a staunch Republican, claimed that she felt “increasingly isolated” in her marriage to a Democrat.

More recently, Deidre Ball, the wife of short-lived White House communications director Anthony Scaramucci, filed for divorce partly because she was “not a fan of Trump”. Wright states that, in both cases, the couples made the right decision.

Although she only cited two examples, the Harper’s Bazaar contributor insists that it’s impossible for a marriage between a Trump supporter and a non-Trump supporter to be successful because of a difference in values.

“Supporting Trump at this point does not indicate a difference of opinions. It indicates a difference of values,” stated Wright, adding that a spouse “need not try to make it work” if his or her significant other supports Trump policies.

In her article, Wright acknowledges that divorce may not be possible in every situation because of financial matters.

“But if you do have those means? DIVORCE THEM,” commands the author, using capital letters to drive home her point.

Wright attempts to bolster her argument by insisting that, under President Trump, the United States is “on the verge of the second dark ages” and that divorcing a pro-Trump spouse is the morally responsible thing to do.

The article also warns that trying to make a relationship work with a Trump-loving spouse “will very likely be fruitless” because, according to Wright, 81 percent of those who voted for the president still approve of him, and those hardcore supporters aren’t likely to change their opinion of the president.

“Go find a partner who thinks nuclear war is a bad thing,” she writes in conclusion, apparently convinced that every American who cast a vote for #Donald Trump is clamoring for war with North Korea.

Wright, an outspoken feminist, has contributed dozens of articles to Harper’s Bazaar, most of which appear to take potshots at President Trump and his supporters. Her other offerings have also raised the eyebrows of some critics; on March 17, she penned an article slamming traditional families entitled “Motherhood is Not a Woman’s Most Important Job,” while her March 28 article, “Why You Should Never Tell a Young Girl Her Outfit is Inappropriate” argues that parents should not prevent their underage daughters from wearing revealing clothing.

Poor lonely dependent women are a part of the democrat base... it’s not just blacks and white liberal elites. They’ve got the unmarried and unwanted women too.

Guess breaking up marriages is a democrat’s idea of ‘reaching out’ to recruit more democrats. Really sick

3 posted on 08/13/2017 8:31:04 PM PDT by GOPJ (Shaming into silence is the antithesis of psychological safety-James Damore-fired for speaking truth)
[ Post Reply | Private Reply | To 1 | View Replies]
To: 2ndDivisionVet

These women would be doing their husbands a favor.

4 posted on 08/13/2017 8:31:36 PM PDT by ObozoMustGo2012 ("Be quiet... you are #fakenews!")
[ Post Reply | Private Reply | To 1 | View Replies]
To: 2ndDivisionVet
In July, a former Miami Dolphins cheerleader by the name of Lynn Aronberg split from her husband, Florida state attorney Dave Aronberg. The wife, who identified herself as a staunch Republican, claimed that she felt “increasingly isolated” in her marriage to a Democrat.

More recently, Deidre Ball, the wife of short-lived White House communications director Anthony Scaramucci, filed for divorce partly because she was “not a fan of Trump”. Wright states that, in both cases, the couples made the right decision.

Both women are pathetic. This is how people live in totalitarian regimes, in which all matters public and private must be subordinated to politics. Politics matter, but in the grand scheme of things, politics matter far less than things like love, family, faith, friendship, and even common courtesy. Those who would place politics above those things are warped, deeply unhappy individuals.

I couldn’t be married to a democrat.
Never happen.

Does Harper’s Bazaar still have that much influence over American women? Maybe back in the 40’s or 50’s. The hey days of gossip writers Hedda Hopper or Louella Parsons, but today?
I tend to doubt it. Magazines in general have lost most their clout in the age of the internet and YouTube.
Not even TIME magazine creates much disturbance in the force anymore.

Good that will make a whole lot of decent men available...

Harper’s Bizarre seems like the perfect place for her...

Harper's Bazarre is peforming a wonderful service for the male sex. Thank you!

women do not divorce good wallets without ensuring they already have another lined up.

Exactly what the Nazis did

My first wife did. And she has never remarried to my knowledge.

So what are you supposed to do if you voted for Trump and your husband voted for Hillary?

OTOH, the second Mrs. Mooch is nothing but a Gold Digger, who got preggers BEFORE they were even engaged and that's how she grabbed onto her "meal ticket"! She is absolutely PATHETIC; not to mention immoral and a slut.

Kick him out! You shouldn’t have married him in the first place, or, at the very least, you should have converted him.

I made it pretty clear to my wife right from the git go that being a liberal Democrat would be a deal breaker. She is quite conservative thankfully.

she get cash and prizes from you? alimony? they won’t get remarried if you are giving them alimony and they don’t want to jeopardize that.

In Part... what she wrote to Hillary Clinton after she lost the election.....

.."I did not foresee, even for a moment, the amount of crying so many of us would be doing today... I have heard from dozens of friends who say that they could not sleep. every few hours they woke up and cried. 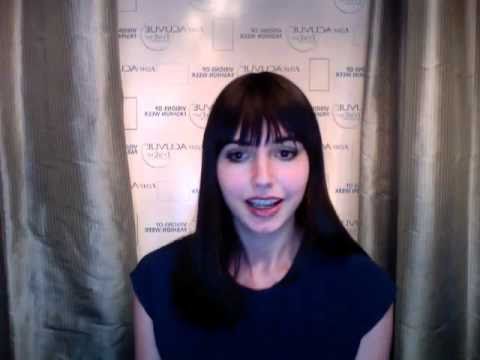 Funny story. My Mom married a Democrat. On election day, she would get up early and go vote. When my Stepdad, who could not drive, got up and asked to be driven to the polls, my Mom would refuse.