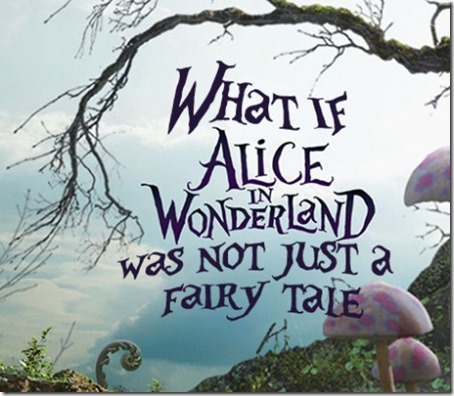 DISCLAIMER: “The Rabbit Hole Report” is a recurring feature of MOTUS A.D.. In certain circles it may be considered fake news but I prefer to think of it as extra-creative investigative journalism. Premised on the conceit that Donald J. Trump actually lost the 2016 election to Hillary Rodham Clinton, it is hoped that this alternate reality will provide temporary succor and comfort to #Democrats, #Progressives, #BernieBros, #RINOs and #NeverTrumpers. As for the rest of us who just want to #MAGA let it serve as a reminder that the fight is, was and always will be worth it because no matter what, the alternative would have been much worse.

What if there really is a rabbit hole? What if America had  tumbled down it last November? On Rabbit Hole Wednesdays, in an attempt to understand the mindset of Leftists who live in the Rabbit Hole where Hillary actually won the election, we will willingly enter that alternate universe to see how things are going. Today we look at how President Rodham (as Hillary calls herself now that she’s smashed the patriarchy) would have handled the developing crisis in Venezuela. Welcome to the Rabbit Hole:

Following a controversial election that reinstalled President Maduro to another term, he proceeded to remove all pretense of Venezuela being a democratic republic by arresting the opposition leaders. President Rodham reacted by announcing that she had just signed an Executive Order that made Venezuela the 51st state of the United States of America (sorry Ms.Puerto Rico - always the  runner-up, never Miss America).

President Rodham said her action was in keeping with the One World Order agenda  - begun with good intentions under President George H.W.Bush, cultivated under the guidance of Presidents Clinton and Bush II and deeply entrenched by President Obama. She also cited push-polls that indicated an overwhelming majority of Democratic voters approved of the takeover appropriation merger annexation of the former South American country. Congress deemed the good will demonstrated towards our South American neighbor in the NBC-NYT poll to be indicative of the peoples intent and waived the need for Congressional approval of the acquisition.

As the newest legal residents of the United States, Venezuelans will get food, electricity and toilet paper – all things they had prior to Venezuela becoming a socialist paradise – a $50 trillion loan backed by the full faith and credit of the U.S. Treasury, and a partially filled-in voter registration card. In return the U.S.A. gets another left coast state that will reliably vote Democratic. Win Win.

Despite the action taken by Rodham, the besieged Venezuelan leader is unmoved and said his enemies are part of a vast international conspiracy against him, led by the woman he calls "Empress Hillary Clinton." "They don't intimidate me,” Maduro added, “the threats and sanctions of the empire don't intimidate me for a moment.” – ABC News

He continued by saying that despite growing international criticism he has “no intention of deviating from his plans to rewrite the constitution,” adding that he will now simply expand his plans to include the re-writing of the United States Constitution as well and plans to assume the role of dictator president of the merged empire republic when it’s completed. The White House has not responded to Muduro’s remark. 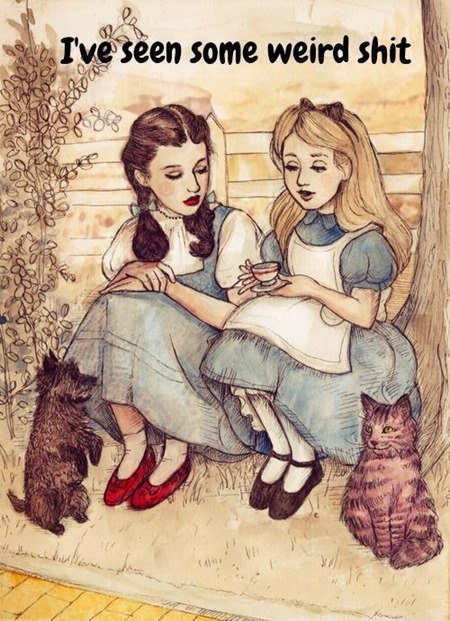 That’s because you’re not in Kansas anymore, Alice.

Tomorrow we’ll be returning to the surface and the plane will land somewhere in flyover country. 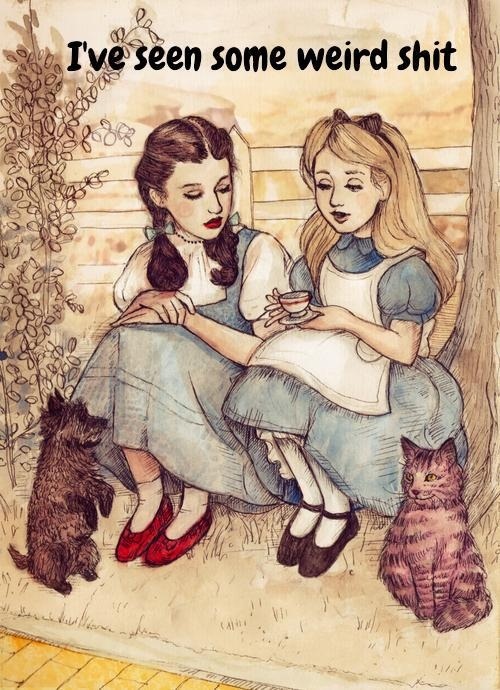 Alice and Dorothy talking, oh to be a fly on the wall for that conversation!