Republicans clearly have problems in delivering the promises they were elected on. 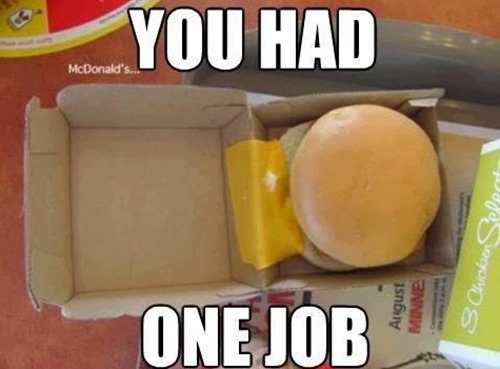 But the Democrats have problems of their own. It’s what Josh Barrow (who I’d be willing to bet is a never-Trumper but I’m not interested enough to check) refers to as  the Left’s ‘hamburger problem.’

As I see it, Democrats' problem isn't that they're on the wrong side of policy issues. It's that they're too ready to bother too many ordinary people about too many of their personal choices, all the way down to the hamburgers they eat.

They don't always want to prohibit those choices. But they have become smug and condescending toward anyone who does not match the personal lifestyle choices of liberal elites. Why would the voters on the receiving end of that smug condescension trust such a movement to operate the government in their best interest? 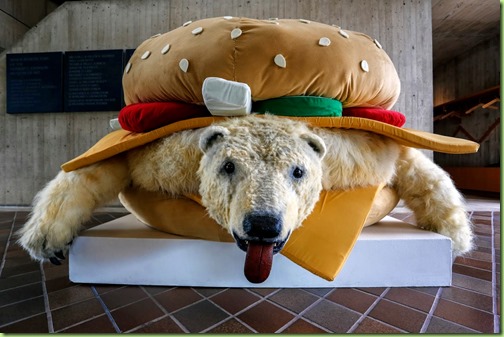 Hamburgers are killing the polar bears!

Progressives have a problem: They ladle unto every decision, even the most mundane and trifling one, an unattractive glop of gooey political significance. They can’t resist warning the rest of us that we’re abetting the destruction of the planet every time we, say, tuck into a Quarter Pounder.

Josh Barro is a recovering ex-Republican who is now a member of a niche political group: the non-crazy Democrats. He coined a cute phrase — “the hamburger problem” — to describe the relentless politicization of everything by progressives and Democrats. He writes, “Democrats’ problem isn’t that they’re on the wrong side of policy issues. It’s that they’re too ready to bother too many ordinary people about too many of their personal choices, all the way down to the hamburgers they eat.” He cites nonstop Democratic hectoring on, inter alia, the team name of the Washington Redskins, the way men sit on subway trains, and even some Americans’ choice not to abide by China’s one-child standard as the reasons why the party is today as electorally wobbly as Rocky Balboa in the 15th round. Yet the GOP’s success puzzles him still, because so many core Democratic cultural ideals (notably, gay marriage and marijuana decriminalization) poll more and more strongly.

When John Stuart Mill called the British conservatives “the stupidest party,” it stuck. Today the Democrats are the Annoying Party. The Left thinks Americans are picturing Mary Poppins when they talk about the nanny state; in truth, they’re thinking of Nurse Ratched. The prospect of a new set of nuisances being dreamed up and lashingly enforced by Hillary Clinton is what led voters to roll the dice with an Atlantic City grifter.

I ask you, is there anything worse than an an arrogant, smug schmuck who has absolutely zero reason for being arrogant and smug? 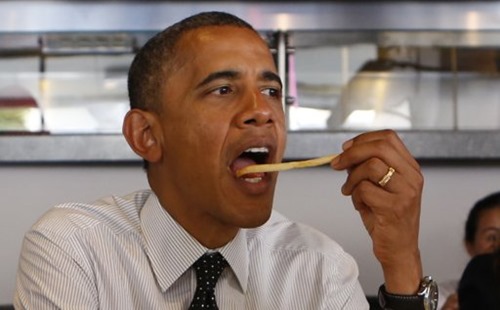 “Do you want fries with that order?”

And that’s what I call a ‘hamburger problem.’

You want flies with that?

A Nothing Burger with False Fries...