Study Finds Temperature Adjustments Account For ‘Nearly All Of The Warming’ In Climate Data
The Daily Caller ^ | July 5, 2017 | Michael Bastasch

A new study found adjustments made to global surface temperature readings by scientists in recent years “are totally inconsistent with published and credible U.S. and other temperature data.”

“Thus, it is impossible to conclude from the three published [global average surface temperature (GAST)] data sets that recent years have been the warmest ever – despite current claims of record setting warming,” according to a study published June 27 by two scientists and a veteran statistician.

The peer-reviewed study tried to validate current surface temperature datasets managed by NASA, NOAA and the UK’s Met Office, all of which make adjustments to raw thermometer readings. Skeptics of man-made global warming have criticized the adjustments.

Climate scientists often apply adjustments to surface temperature thermometers to account for “biases” in the data. The new study doesn’t question the adjustments themselves but notes nearly all of them increase the warming trend.

Basically, “cyclical pattern in the earlier reported data has very nearly been ‘adjusted’ out” of temperature readings taken from weather stations, buoys, ships and other sources.

In fact, almost all the surface temperature warming adjustments cool past temperatures and warm more current records, increasing the warming trend, according to the study’s authors.

“Nearly all of the warming they are now showing are in the adjustments,” Meteorologist Joe D’Aleo, a study co-author, told The Daily Caller News Foundation in an interview. “Each dataset pushed down the 1940s warming and pushed up the current warming.”

“You would think that when you make adjustments you’d sometimes get warming and sometimes get cooling. That’s almost never happened,” said D’Aleo, who co-authored the study with statistician James Wallace and Cato Institute climate scientist Craig Idso.

“The conclusive findings of this research are that the three [global average surface temperature] data sets are not a valid representation of reality,” the study found. “In fact, the magnitude of their historical data adjustments, that removed their cyclical temperature patterns, are totally inconsistent with published and credible U.S. and other temperature data.”

Based on these results, the study’s authors claim the science underpinning the Environmental Protection Agency’s (EPA) authority to regulate greenhouse gases “is invalidated.”

The new study will be included in petitions by conservative groups to the EPA to reconsider the 2009 endangerment finding, which gave the agency its legal authority to regulate carbon dioxide and other greenhouse gases.

“I think this adds a very strong new element to it,” Kazman told TheDCNF. “It’s enough reason to open things formally and open public comment on the charges we make.”

The Obama-era document used three lines of evidence to claim such emissions from vehicles “endanger both the public health and the public welfare of current and future generations.”

D’Aleo and Wallace filed a petition with EPA on behalf of their group, the Concerned Household Electricity Consumers Council (CHECC). They relied on past their past research, which found one of EPA’s lines of evidence “simply does not exist in the real world.”

Their 2016 study “failed to find that the steadily rising atmospheric CO2 concentrations have had a statistically significant impact on any of the 13 critically important temperature time series data analyzed.”

“In sum, all three of the lines of evidence relied upon by EPA to attribute warming to human GHG emissions are invalid,” reads CHCC’s petition. “The Endangerment Finding itself is therefore invalid and should be reconsidered.

Pruitt’s largely been silent on whether or not he would reopen the endangerment finding, but the administrator did say he was spearheading a red team exercise to tackle climate science.

Secretary of Energy Rick Perry also came out in favor of red-blue team exercises, which are used by the military and intelligence agencies to expose any vulnerabilities to systems or strategies.

Environmental activists and climate scientists largely panned the idea, with some even arguing it would be “dangerous” to elevate minority scientific opinions.

“Such calls for special teams of investigators are not about honest scientific debate,” wrote climate scientist Ben Santer and Kerry Emanuel and historian and activist Naomi Oreskes.

“They are dangerous attempts to elevate the status of minority opinions, and to undercut the legitimacy, objectivity and transparency of existing climate science,” the three wrote in a recent Washington Post op-ed.

“Frankly, I think you could do a red-blue team exercise as part of reviewing the endangerment finding,” Kazman said.

Though Kazman did warn a red team exercise could be a double-edged sword if not done correctly. He worries some scientists not supportive of the idea could undermine the process from the inside and use it to grandstand.

Probably going to say 96° in San Jose today is hot....ugghhh 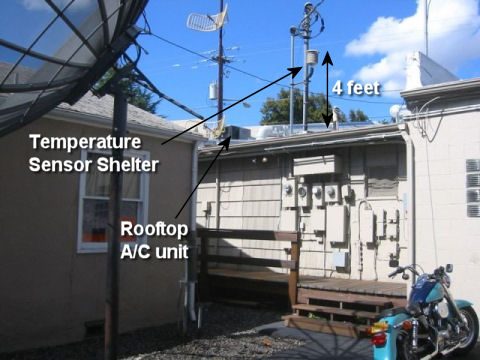 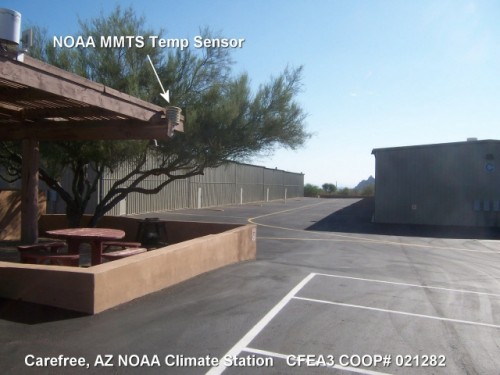 Gee—Back when I was in grad school “adjustments” of the sort reported here were called data falsification.

Is this for real? Do scientists oversee where the thermometers are placed? This must be a joke, SF. All that super heated air has an effect.
Add to that the heat sink of all the concrete and asphalt.

My generation called it,

Data will tell you anything you want it to — if you torture it enough.

It is not a joke. I’ve seen worse.

It’s real. The wattsupwiththat.com website has a bunch of examples.

hopefully someone sent this report to the trump administration? So he can throw it in Macroon’s face-