London’s crazy moose-lim mayor is calling on Prime Minister Theresa May to cancel The Donald’s upcoming state visit - I guess for bullying or something. 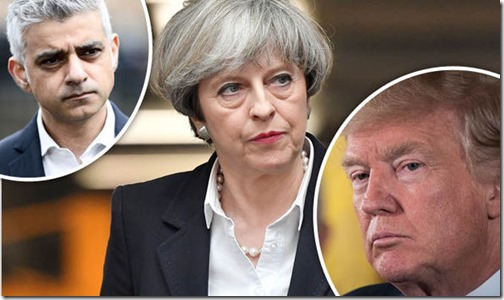 Maybe she can go a step further and #BanTrumpInBritain like she banned #MichaelSavage (and Pamela Geller and Robert Spencer) for dangerous thoughts not sanctioned by sophisticated, politically correct, multi-cultural societies such as London.

Thought criminals -  banned in Britain; Moose-lim terrorists – not so much

I think it might have been more efficacious to have banned Youssef, Khuram and Rachid, 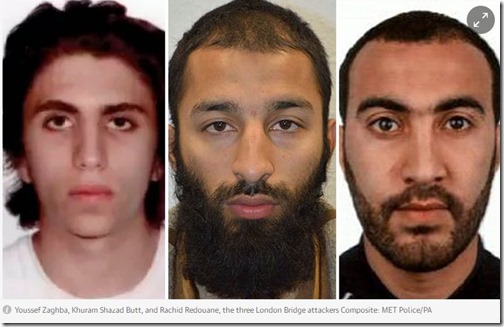 but that’s just me  - and President Donald J. Trump.

Bring in millions more m*slims who murder, rape and burn, but block Trump, Spencer and others who warn against the murders, rapes and burnings.
Just like a m*slim.

They are beyond stupid.

Why would ANYONE today go to London given their continual
protection of, encouragement of, and incitement of,
murderous, raping, child-selling, terrorist Moslems?