You all remember the Watergate Plumbers don’t you?

On Thanksgiving evening of 1972, David Young arrived home from his planning at the Special Investigative Unit, when his grandmother asked him, "What do you do at the White House?", to which he replied, "I am helping the president stop some leaks." She replied, with astonishment, "Oh, you're a plumber!" Young, Liddy and Hunt then put up a sign on their office with the title, "The Plumbers". Soon it was taken down, because their covert operations were supposed to be top secret, but the name stuck for the group.

The White House Plumbers, sometimes simply called the Plumbers, was a covert White House Special Investigations Unit, established July 24, 1971, during the presidency of Richard Nixon. Its task was to stop the leaking of classified information, such as the Pentagon Papers, to the news media. – Wiki 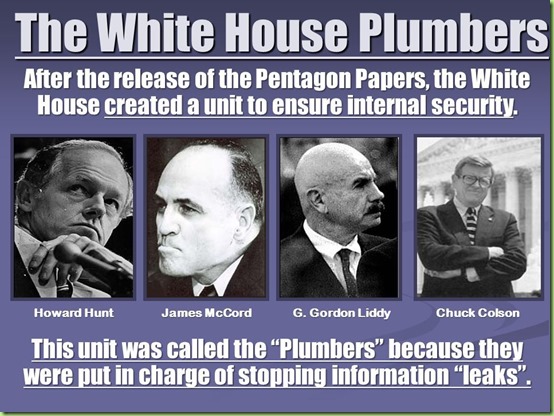 And now the NYT leaks a phone call from a “Comey associate at the FBI” saying he has notes from Comey’s personal diary – which Comey apparently kept copiously as an insurance policy – saying Trump tried to kill the Flynn investigation. I guess we’ll find out in due course if Trump’s veiled threat of a tape in the White House is real.

And explain again why it is that only Republican era leaks put national security at risk while Democrat era leaks do not.

And while all the busy little bees continue to buzz around “Russia!, Russia! Russia!” hoping to take down their second President in less than 50 years a real news story - North Korea and Iran rush towards Nuclear arms capable of reaching the United States – glides under the media radar. Because they have bigger fish to fry than a simple nuclear holocaust. 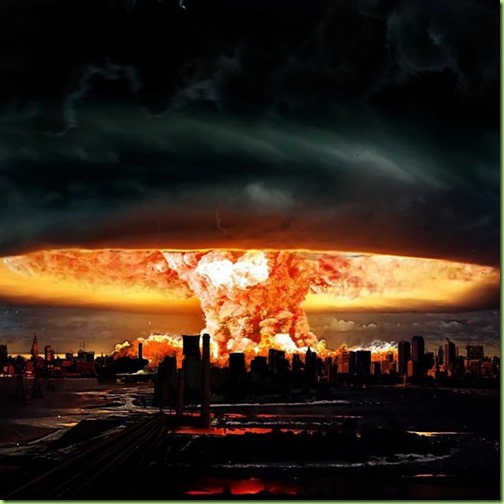 You might think that the really Big Story here would be “Deep State Colludes with Deep Media to Delude the American Public.” I think that’s your soundbite right there, Larry. 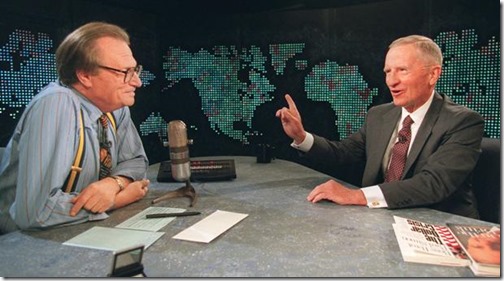 Don’t anyone hold their breath.

Back in the day of Nixon, he was lambasted because he set up a special investigative unit in the whitehouse to investigate leaks of national security info. Funny, I thought national security was the sole province of the president. Notwithstanding that, why no discussion about the unmasking of US citizens by the National Security advisor under Obummer? Allegedly this was for security reasons while she was not in the investigative mode. The only distinction I see is the party affiliation.