I wonder what part of “serves at the pleasure of the President” the loonie left doesn’t understand.

But if they insist on “cause” as the standard let’s start with these:

The Tsarnaev bothers: Despite being warned by the Russians (Russia! Russia! Russia!) and despite the fact that the FBI secretly flagged at least one of the “Boston Marathon bombers” as a terrorist threat in his immigration records, (despite publicly denying it had done so). This designation existed right up to the time the bombs went off at Boylston St. on April 15, 2013. Mistakes were made - under someone else’s watch, but Comey did nothing to clean it up.

Nidal Hasan, Fort Hood shooter: the FBI failed to even interview him before his shooting spree despite significant warning signs that he was an Islamic extremist bent on killing civilians. Apparently emails from an Army shrink to a known Islamic terrorist cleric (Al-Awlaki – may he rest in pieces) 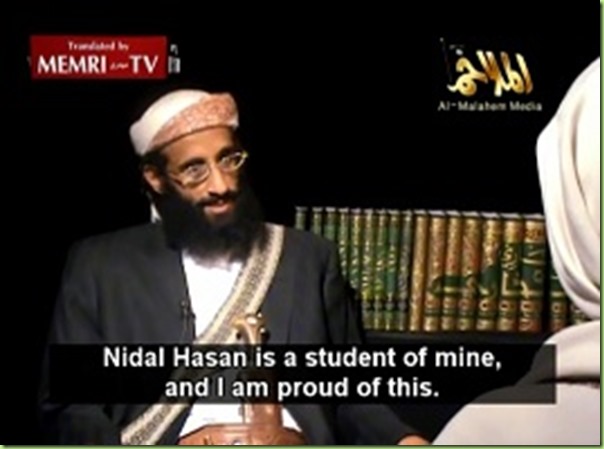 plus visits to terrorist sites does not rise to the level of “concern” in a Comey FBI. Political correctness took precedence over the lives of Americans. Again, mistakes were made -under someone else’s watch, but again Comey did nothing to clean it up.

You might think he’d be interested in stopping these dropped balls, uncrossed t’s and unconnected dots from happening again. Evidently not, as evidenced by the following incidents:

San Bernardino, December 14, 2015. The perps were radicalized under the watchful eyes of the FBI online before Tashfeen Malik was allowed entry to this country. Oh well, mistakes were made.

Orlando, June 12, 2016. Omar Mateen, 29, opened fire at a gay nightclub, killing 49 and injuring 53. The FBI investigated Mateen twice before his rampage, but did not take any substantive action. Officials believe Mateen was self-radicalized but he pledged fealty to ISIS leader Abu Bakr al-Baghdadi before his death. "The real muslims will never accept the filthy ways of the west," Mateen posted on his Facebook page after committing his heinous act at Pulse nightclub. "I pledge my alliance to (ISIS leader) abu bakr al Baghdadi..may Allah accept me," he wrote. Mistakes were made, needless to say.

These, along with 8 other similar terrorist attacks seem to indicate that Comey’s FBI was less interested in  Islamic terror and more in non-terrorist politically motivated crimes, which he also screwed up.

Lois Lerner and the IRS scandal: Despite clear evidence Lerner willfully took part in criminal activity during her tenure as the Exempt Organizations Division director (from using a phony email to approving the targeting of conservative groups for investigation) the FBI came down on the side of Barack Hussein Obama who stated categorically there wasn’t a “smidgen of scandal” associated with the IRS. 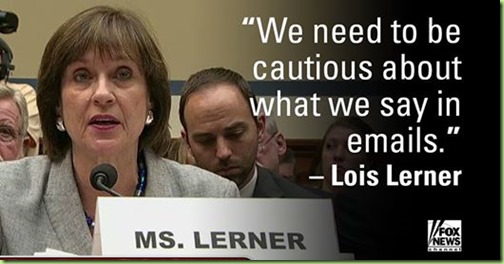 Mistakes were made. Not cleaned up.

Hillary Clinton and her toilet server. 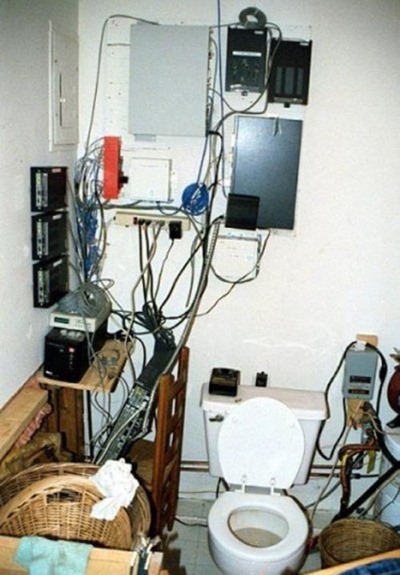 A clear violation of so many statutes it would make you woozy. Despite exposing confidential emails to foreign (Russia! Russia! Russia!) hackers, the FBI did not deem it a problem because Director Comey did not see fit to prosecute. Because he could not establish “intent” which isn’t and never was a standard for enforcing the law. Mistakes were made, most definitely not cleaned up.

But key the looney left outrage – who were themselves demanding Comey’s head when he tainted Saint Hillary’s doomed presidential bid. They will now be insisting that the firing is because he was getting too close in the Russia! Russia! Russia! – Trump investigation; the one Comey and Clapper testified 3 days ago had not turned up one smidgen of evidence. Conspiracy theories to follow.

I say time to just move along;  just lock ‘em up and move along. 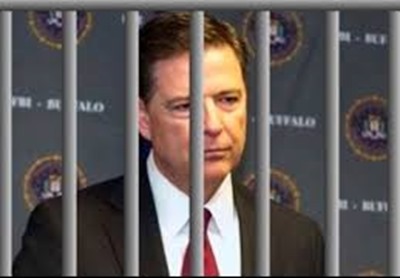 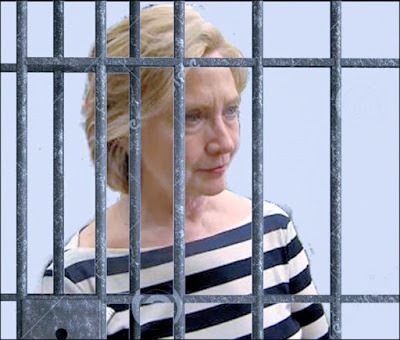 Bring in the new sheriff in town: 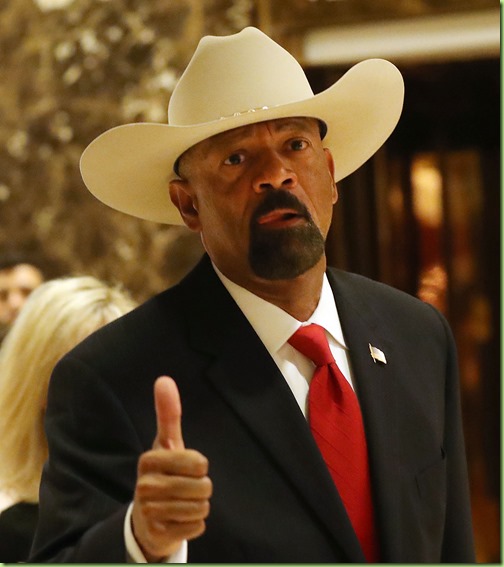 The one in a white hat.

TOPICS: Humor; Politics
KEYWORDS: hillaryclinton; jamescomey; loislerner; trump
1 posted on 05/10/2017 6:40:10 AM PDT by NOBO2012
[ Post Reply | Private Reply | View Replies]
To: NOBO2012
I wonder what part of “serves at the pleasure of the President” the loonie left doesn’t understand.

They don't think DJT's the President.

2010 - Through social network monitoring in late 2010, Russian officials note ties between radical Tamerlan and William Plotnikov, a Russian born Canadian boxer, Islam convert and member of the terrorist organization Caucasus Emirate in Dagestan. Russia notified the US according to U.S. Rep. William Keating.

Tamerlan Tsarnaev came to the attention of the FBI on at least two occasions prior to a Russian government warning in March 2011 that said he appeared to be radicalizing, FBI Director Robert Mueller said in Congressional testimony this week.
The earlier references have led some lawmakers to question whether the FBI acted too quickly in closing an assessment of Tsarnaev’s potential ties to terrorism done in response to the Russian request. In a little-noticed exchange before the House Judiciary Committee Thursday, Mueller acknowledged that the Russian alert was not the first time the elder Tsarnaev brother crossed the FBI’s radar. “His name had come up in two other cases,” Mueller said in response to questions from Rep. Steve King (R-Iowa). “Those two other cases, the individuals had their cases closed. So, he was one or two person [sic] away.” When King asked Mueller if it was reasonable to say that the Russian letter “refocused” the FBI on Tsarnaev, Mueller replied, “Absolutely.”

March 2011 - Russia intercepts calls between Mama and Tamerlan and possibly Dzhokhar and sends warning to FBI. Mama also on phone with someone in the Caucasus region of Russia who was/is on FBI list. U.S. Rep. William Keating verifies the March 2011 letter and that it contained a lot of details about Tamerlan including his birthday, telephone number, cellphone number, where he lived in Cambridge and info about his wife and child and the possibility that he might be considering changing names and info about mama including her Skype address. Keating says the Russians believed Tamerlan wanted to go to Palestine and engage in terrorist activities, but was unable to master the language.

Sept 2011 - Russia sends second warning, this time to CIA. At some point, US officials meet with family at their home and Tamerlan is defiant to them.

2012 – After Tamerlan returns, Saudi Arabia Ministry of Interior wrote a letter to warn US DHS “at the highest level” and Britain of concerns of a terroristic attack on an American city and specifically names Tamerlan and that US should inspect his mail for bomb making compontents. The joint warning also named three Pakistanis of interest to Britain. DHS and Caitlin Hayden, a spokesperson for the president’s National Security Council, deny any such warning. DHS then comes clean admitting the letter exists but because of “turf wars” between agencies, DHS may not have notified the WH.

Yesterday heard on some Radio talk show might be Rush not sure some libtard saying that the obama administration was really clean.

Really becuase the wrong doing is so beyond the pale!

All because of race?

In a perfect world, Sheriff Clarke would be the first Black President.