Half the people speaking at last night’s Trumpless White House Correspondents’ Dinner made a point of telling the President in absentia that “the media is not fake news!” And yet nobody saw the irony of having a fake correspondent from a fake news show from Comedy Central  host the event? 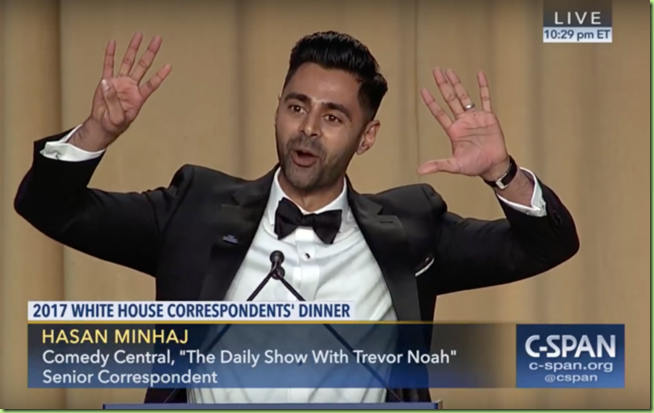 No wonder they don’t know fake news when it bites them in the butt.

President Trump, meanwhile, was busy raising the roof in Pennsylvania. 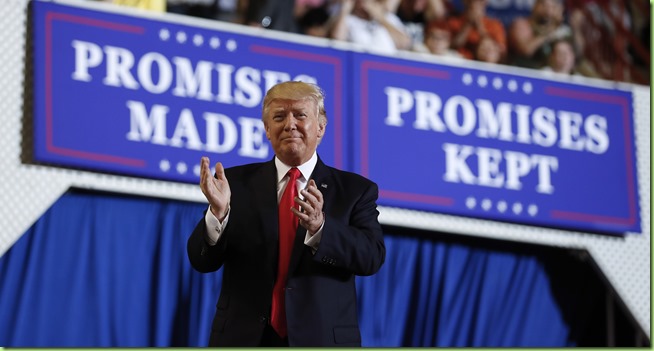 Expect MSM to report he drew a small crowd.

If you ask me one of the most promising outcomes of the First 100 Days of Trump – which is related to the current state of the fake news cabal  - is the active rumor about a  spontaneous generation of a real conservative network. Wouldn’t that be sweet? A real response to media fascism?

Something tells me that Sean Hannity might be persuaded to join some of his former colleagues in that eventuality.

They’re expanding their attack to target media outlets and individuals who refuse to push their biased talking points and fall in line with their agenda. They hate Fox News. They hate talk radio. And they hate you, if you support our president and his policies.

I am calling it “media fascism.”

As you may know, I have become the target of a smear and slander campaign. The radical, alt-left, destroy-Trump media immediately picked up on lies told about me — even though the person with whom they originated recanted. They wanted a cheap headline.

A simple Google search would have ended the witch hunt against me. These lazy so-called journalists would have discovered this individual has severe credibility issues and has targeted and tried to smear and slander me for well over a decade.

Like President Trump, I can fight back. But this is about more than either of us. The dishonest media is out to silence every conservative voice in the country. Trump’s election has made them come unhinged, and now they are coming after all of us.”  - Sean Hannity

But in the interim, expect the mainstream media to continue to build false narratives in order to generate more fake news. 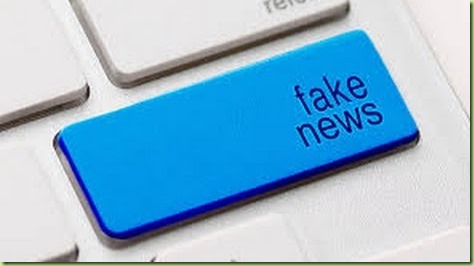 The harsh reality is that the MSM has lost its credibility with the American people. They were so openly biased, pro Hillary , anti Trump not only in their editorials but openly “reported” the “news” to support their ideological goals. It was so apparent and disgusting that a majority of the American people came to view them as false or “fake”. After the election, with almost no exceptions, there was no soulful reflection on their part but instead they doubled down on their anti Trump propaganda crusade. It is even more evidence that the political and cultural divide is so deep in this country that the reasonable social consensus that one united Americans, no longer exists.

Both the USA` Media and Democrat Party are dead in the water...done in by their own filthy, lie telling, stained hands!!! Love it!!!

Nerd prom indeed. Lol
Only journalists and social climbers were there. The most basic math question at the door would screen them out and no science degrees were anywhere in sight. This ain’t exactly big bang theory here. The just love thinking they are really smart,don’t they?

They haven’t realized yet that they have become irrelevant.

man, Hasan Minaj from Trevor Noah show. That’s a lot of diversity belittling Trump. No wonder it doesn’t resonate with the White folk. They do their sh&@, and we do ours.

8 posted on 04/30/2017 6:38:02 AM PDT by brucedickinson
[ Post Reply | Private Reply | To 1 | View Replies]
To: NOBO2012
Despite the alphabet channels being fake news, tens of millions of Americans still use them as their sole news source and are influenced by their left-wing propaganda.

Tens of millions get their new from twitter feeds.

My hope now is that those same people will realize how important their vote is on EVERY issue.....

â€œFake Newsâ€ is a generic statement, very effective at first, that is now perceived as a generic insult by the public at large. That means that it is all rather jolly and a crowd pleaser, but that it has lost its meaning. It is time to give solid examples with each use of the two words. Examples abound - use them!

Let’s be honest here. I do not know who Hasan Mina is. Also do not watch comedy channel. Maybe he and Chealsea Handler could go together as the One State Comedy Channel, then I would not watch either.

They don’t like it when people don’t pay attention to them. Look for them to get more crazy.

That’s only if you go to Comincon with a member of the opposite sex.

Can’t call it a date, for a true nerd may not realize its a date!