The median age of millennials is 30, Poltrack says — meaning that half are older and half are younger. And 30 happens to be the age at which millennials tend to self-identify as adults. 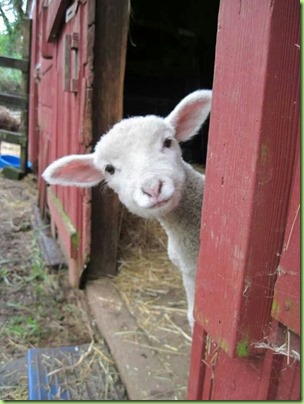 I’m just a little sheep, why should I have to grow up to be mutton?

While previous generations considered themselves adults by age 18 (the Greatest Generation) or 21 (Boomers, Gen-X)) for some reason Millennials (born 1979-95) don’t consider themselves adults until sometime into their 4th decade, which is when they begin doing “adult” things, like moving out of their parents home, getting a job and paying their own bills.  Why so long? 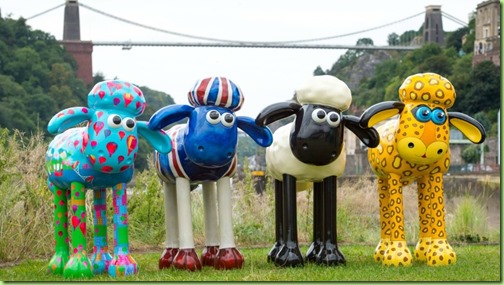 We didn’t grow up but we are diverse!

“Much of it is everyone’s fault?” What did I do? 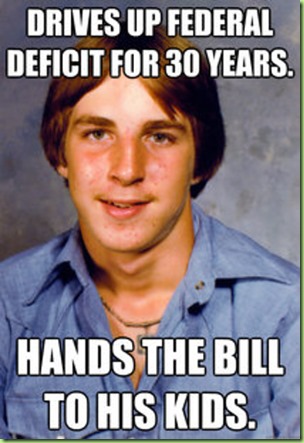 Oh wait! I didn’t do that. Someone else made that happen.

For starters, the December 2007-June 2009 recession made finding employment harder — especially for recent college grads, many of whom happened to (be) saddled with a ton student loan debt. High housing costs, meanwhile, reduced any stigma connected to living at home.

I didn’t cause the recession, and I’m betting you didn’t either. Nor was I the one who authorized colleges to hire thousands of overpaid professors to offer degrees in various “studies” that study nothing. Nor did I insist they build elaborate new dorms, athletic facilities and libraries that required such astronomical increases in tuition that students invested the equivalent of a starter home to get a degree in gender studies that prepares you for pretty much nothing. So how is this my fault? 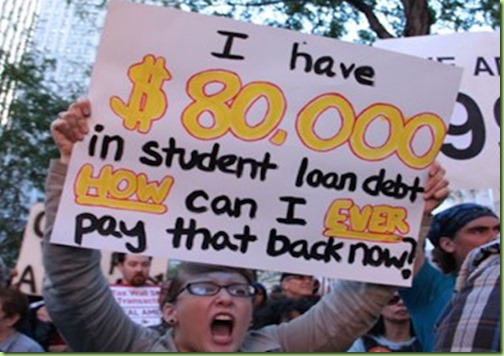 You’ve got a college degree, figure it out Einstein.

“More controversial is the whole idea that their baby boomer parents have really coddled them,” Poltrack told TheWrap. “They’ve made it too good for them. Why would you leave?”

To this all I can say is that if you are one of the baby boomer parents who really coddled your kids then yes, a good part of this mindset is your fault. 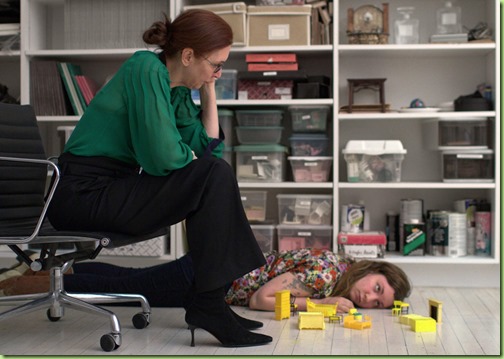 “Time to put your little toys away now honey and have some babies; I need grandchildren.”

The only other thing I can say is that this situation highlights the foresight and wisdom of our Founding Fathers: Age and Citizenship requirements - US Constitution, Article II, Section 1:

They wanted to make sure that we always had an adult at the helm. 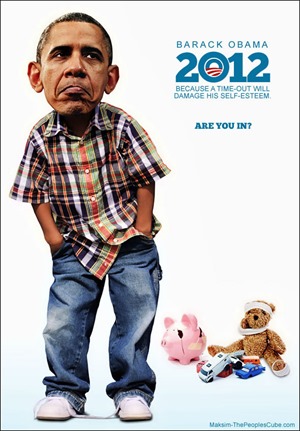 As they say, the best laid plans…

But I guess 30-ish is a good time to start being a grown up. Till then I’m sure Mommy and Daddy won’t mind footing the bill and taking care of everything for you. After all you’re only a child once. Make the most of it.

What’s the age of maturity again?

A friend of the family has a daughter, who is 27 and never grew up.

She lives with somebody, but she doesn’t work, doesn’t go to school, doesn’t do anything with her life. Her guy apparently supports her. She spends her days watching Harry Potter and going to blogs which talk about Harry Potter. And she does arts and crafts at home. She never goes anywhere, just stays home. She’s made comments when we visited at Christmas at how she feels like she’s growing up, because she invited people over and hosted a Christmas party. Yet she acts like a kid, at age 27.

I shudder to think what her life will be like in a few years. She’s an example of a young person who never made a transition to adulthood. She’s never had adult responsibilities. She’s always lived with a boyfriend after she moved out of her mom’s house.

What’s the age of maturity again?”

I wonder how many of our ancestors from 100 years ago were already rearing a family by age 20.

The trauma the snowflakes are experiencing over Trump winning the election is nothing compared to the inevitable reality check that will hit them like a ton of bricks. Wait until the cupcakes graduate from these overpriced diploma mills. What will they do when they realize their masters in Ubangi transgender studies, Aztec lesbian drum beating or whatever irrelevancies they’re majoring in won’t qualify them to operate a French fry machine at McDonald’s for minimum wage?

How many of our ancestors and relatives in the 100 years past have served and often died in trenches, on beaches and in frozen forests, in jungles, in the bloody sand and snow of the vilest of Middle East hellholes, have died on land, sea and shot out of the air.

Many were but children and yet were and are warriors and heros and the best of the best.

9 posted on 03/29/2017 8:34:19 AM PDT by BenLurkin (The above is not a statement of fact. It is either satire or opinion. Or both.)
[ Post Reply | Private Reply | To 1 | View Replies]
To: NOBO2012
I do get the point the writer is making. If your degree in urban anthropology doesn't result in a decent paying job, that $200k student loan debt is weighing you down and barring your exit from Mom's and Dad's basement, and your doses of anti-depressants just seem to make it all feel like you're part of a really boring film, then defining one's self as an "adult" just won't work.

But frankly, I don't think anyone becomes a true adult until they're handed and successfully manage (as evidenced by the results a decade or two later) the responsibility of raising a child, or better yet children. I can still remember my middle of the night shock awake in a cold sweat lying next to my heavily pregnant wife as when I first fully realized the implications of "adulthood".

I predict this whole thread will be old people ripping young people.

Every generation grows up in a milieu. The millennials were often raised by low pay maids and daycare workers. They often did not have quantity time with someone who loved them more than life. They were not allowed to be too self reliant because every day were news like Jon Benet and molestations, which had never been talked about when their parents as kids were told, be back by sundown. “Bad” parents who let their kids roam unsupervised were shown on the 11 pm news, crying inconsolably, as if to blame for the tragedy that befell their child.

Two of my kids are millennials and they are great people. I roll my eyes at old people thinking the younger generation won’t amount to much. That has been going on since the cavemen.

Not to worry, by then the minimum wage will have been bumped up to, what, $15/hr.? Surely they can live on that.

Of course, by then McD's will have robots to run the fryers.

Look up “The Myth of the Teenager” online. It’s awesome and very informational. I homeschooled my sons, so I was able to say “no teenagers in my house!” Only future men. Future heads of households. Young adults.

This is quite an interesting topic for me. For some reason, I never thought of myself as a “grown up” until one day, I realized the pro ball-players were younger than I was...

Make no mistake - I was out and on my own immediately after graduation from college at age 22 (but then again, a Mechanical Engineering degree is VERY marketable). But even being out on my own, I still didn’t really feel “grown up”.

Then, I had a son. That was the final nail in the coffin. I was forced to realize that I was now responsible for my family.

But my “feeeelings” didn’t stop me from doing what I needed to do. I always ACTED grown up, but never felt that way. Sort of different from the snowflakes.

I guess I’ll feel OLD when I can’t play softball any more. (I’m 57 now, and refusing to give up!)

By the way, both my sons got my “You will be out of my house by age 18, or when you graduate college.” Those are two “millenials” who are rock solid, and will shoulder their responsibilities. Great sons, good men already.

14 posted on 03/29/2017 9:55:21 AM PDT by HeadOn (God is in control, not Obama, not Trump, not you.)
[ Post Reply | Private Reply | To 1 | View Replies]
To: thulldud
Of course, by then McD's will have robots to run the fryers.
I understand a robotic arm costs approx $35k. It can potentially replace 3 employees, which would cost, assuming they're paid @ $15/hr, 40hr work week at least $120k/yr in salary and benefits. Even factoring in the additonal costs of repairs, maintenance, upgrades it doesn't take an MIT grad to see the YYUUGE cost savings. And as a bonus, robots don't call in sick, show up late and/or drunk or high and can work 24/7. Also robots don't file EEO complaints or sue for discrimination. That is, unless "robotic-American" becomes a new protected class. HMM, better keep my big mouth shut, don't want to give the libs any more dumb ideas.
15 posted on 03/29/2017 10:21:18 AM PDT by Impala64ssa (Islamophobic? NO! IslamABHORic)
[ Post Reply | Private Reply | To 12 | View Replies]
To: Dilbert San Diego

No she’s not hot. I’d give her about a 4 on this scale. Who knows but her boyfriend supports her. My guess is that she gloms onto any guy who will keep her , so she doesn’t have to work; doesn’t have to grow up and transition to adulthood.

I am surprised. A guy will put up with a lot if a girl is an 8 or above. She can write her own ticket. A 4 should be a little more self sufficient.