You have no reason to heed my advice, as fashion and I had a parting of the ways shortly after I stopped reporting for work on a daily basis. But this is a big story and you need to be aware, especially since tomorrow is Valentine’s day and you may be tempted to don something in your favorite shade of near-red:

According to Mr. Kors, pink this season is about power, specifically, “the idea that women today want to feel feminine but also powerful, strong and independent.” In the wake of the recent women’s marches in Washington, D.C., New York and other cities where pink cat-eared “pussy hats” were a must-have accessory, this view of pink is gaining traction. Karla Welch, a stylist whose clients include Olivia Wilde, Amy Poehler and Lorde, calls it “the color of a feminine political awakening.” Making Peace With Pink

The article instructing women on the proper use and application of pink also introduced a new fashion I was unfamiliar with: Pantashoes. Yes, they are exactly what they sound like: shoes attached to your pants. Here they are on the runway, teamed with one of those power-pink frocks:

Remember when the House of Balenciaga was pure elegance and style? 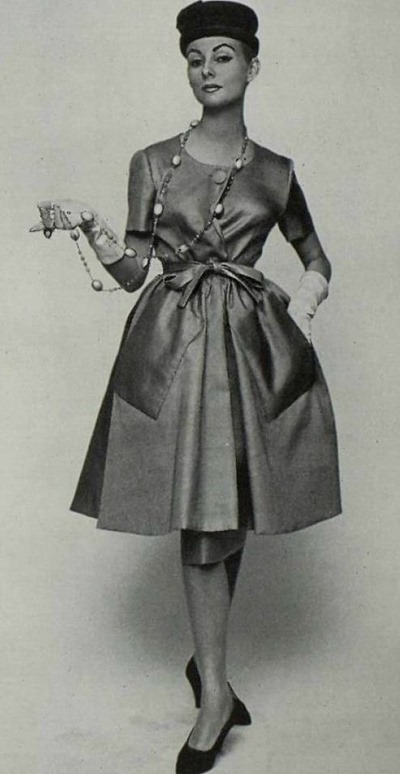 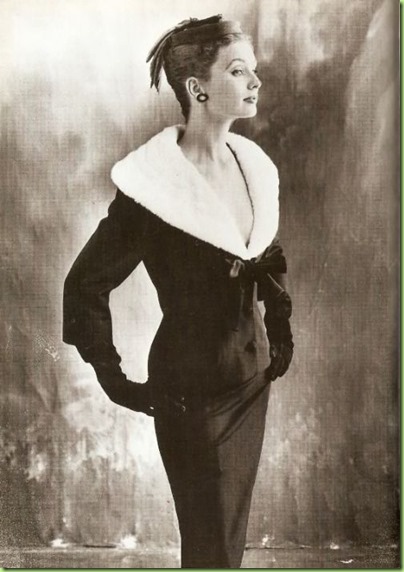 Well I checked this year’s Balenciaga site and discovered many examples of why fashion and I broke up, including pantalegs, 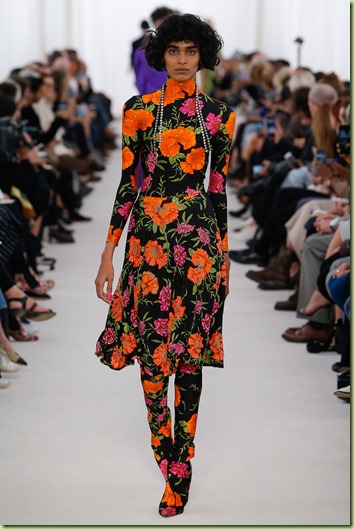 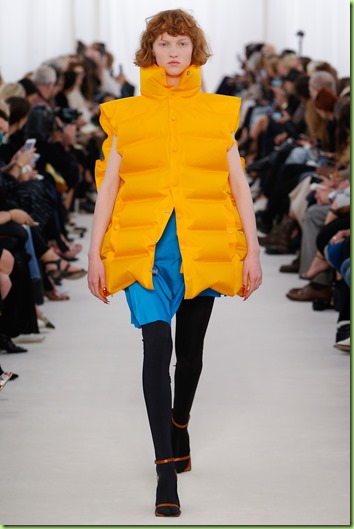 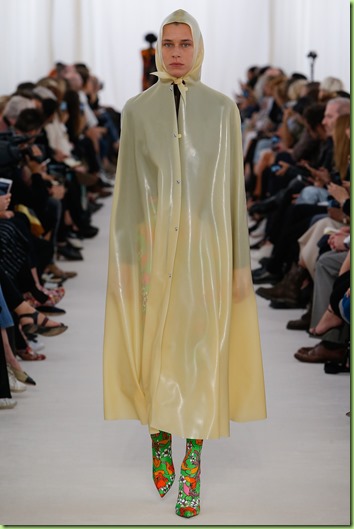 I only mention this so you can pause for a moment in order to be properly grateful that Lady M is no longer FLOTUS so you will not be subjected to THAT vision.

Meanwhile, pink was busy being powerful at last night’s Grammys: 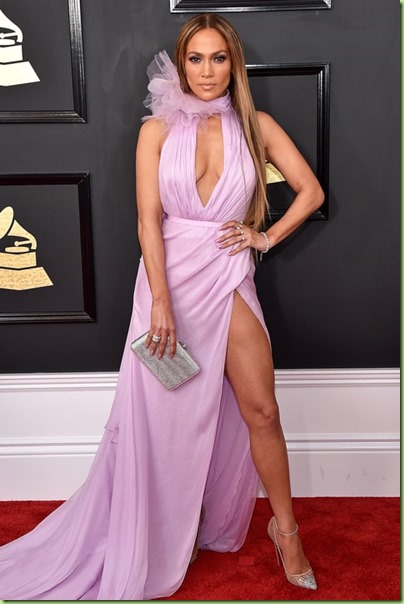 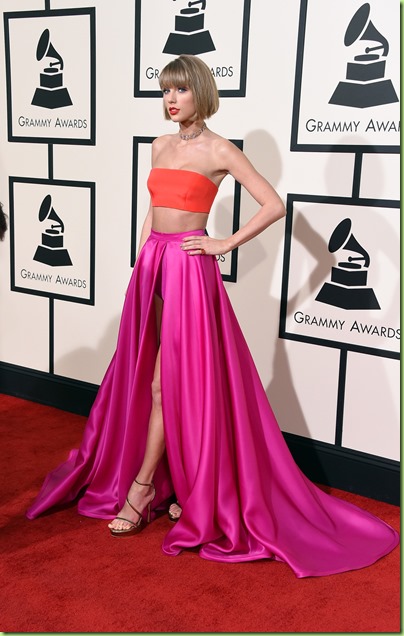 So you’ve been warned: this season it’s either political pink or good old patriotic red, white and blue: 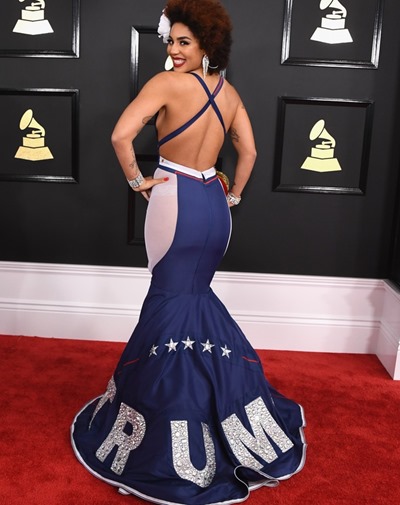 Joy Villa: all aboard the Trump Train! 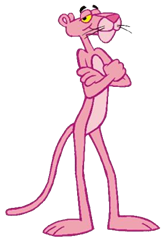 Today’s post brought to you by the original Pink Pantashoes.

Wish she would have posted ELEGANT MELANIA to put some sanity back into fashion.

Not Much Toppy All Skirty

Is that the new fashion in full-body condoms?

How did they keep that pink tent up so high on the model’s neck? Staple gun, nail gun or duct tape?

I thought pants with shoes were onesies or sleepers.