History will reflect that 2017 was the year the West came to it’s senses. That’s right, it’s Trump Day in America… 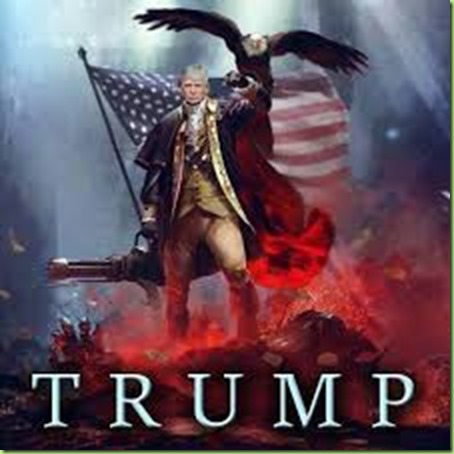 and as America goes, so goes the world.

So keep those Executive Orders coming, we’re on a Mission From God.

And the Lord works in mysterious ways:

So while Satan worked with a pen and a phone,

His successor will do clean up with a Twitter account and oh… he also has a pen. A whole collection of them apparently.

Trump, who tweeted that a "big day" was planned on national security on Wednesday, is expected to ban for several months the entry of refugees into the United States, except for religious minorities escaping persecution, until more aggressive vetting is in place.

Another order will block visas being issued to anyone from Syria, Iraq, Iran, Libya, Somalia, Sudan and Yemen, said the aides and experts, who asked not to be identified.

In his tweet late on Tuesday, Trump said: "Big day planned on NATIONAL SECURITY tomorrow. Among many other things, we will build the wall!" – Reuters

I can’t wait for the headlines!

“except for religious minorities escaping persecution”

It needs to be said again: those are exactly the refugees that Obama was refusing, at the cost of their lives.

Cool. It’ll be a fun day to be paying attention.

He has to stop USCIS from taking any more applications from illegal aliens for DACA.
Every day that goes by with no action 140-150 more illegal aliens are being given work papers and permission to stay.
Even if they don’t rescind the papers already given out they have to stop issuing new ones right away.