Oh dear! Our weapons of mass destruction seem to be falling apart after years of neglect: B-52 Loses Engine While Flying Over North Dakota. I know UpNorthLurkin is safely lurkin’ in Arizona, butt I do hope that the rest of our ND contingent are okay; Bakken Wag, JLH and the rest.

Now might be a good time to point out how opportune the election and impending inauguration of Donald J. Trump was. Given the state of readiness of our current armed forces under the watchful eye of Barry these past 8 years we need somebody who can MAGA. Because imagine if we were to find ourselves today facing a showdown with Russia similar to the mishap depicted in 1964’s Dr. Strangelove: 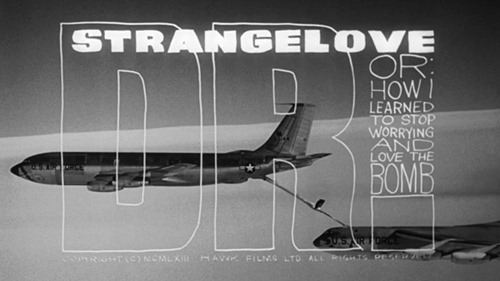 As you recall, in the movie a rogue General launched a nuclear attack on Russia that the erstwhile American President then tried to recall without success.This forced the President to call a meeting in the War Room, where he learns of the Russians’ Doomsday Machine which would respond to any enemy nuclear attack immediately hence guaranteeing mutual annihilation:

President Merkin Muffley: How is it possible for this thing to be triggered automatically and at the same time impossible to untrigger?

Dr. Strangelove: Mr. President, it is not only possible, it is essential. That is the whole idea of this machine, you know. Deterrence is the art of producing in the mind of the enemy... the FEAR to attack. And so, because of the automated and irrevocable decision-making process which rules out human meddling, the Doomsday machine is terrifying and simple to understand... and completely credible and convincing.

And as its name implies, once launched it cannot be unlaunched.

President Merkin Muffley: But this is absolute madness, Ambassador! Why should you *build* such a thing?

Ambassador de Sadesky: There were those of us who fought against it, but in the end we could not keep up with the expense involved in the arms race, the space race, and the peace race. At the same time our people grumbled for more nylons and washing machines. Our doomsday scheme cost us just a small fraction of what we had been spending on defense in a single year. The deciding factor was when we learned that your country was working along similar lines, and we were afraid of a doomsday gap.

President Merkin Muffley: This is preposterous. I've never approved of anything like that.

Ambassador de Sadesky: Our source was the New York Times.

There was just one small administrative flaw with the plan:

Dr. Strangelove: Of course, the whole point of a Doomsday Machine is lost, if you *keep* it a *secret*! Why didn't you tell the world, EH?

Ambassador de Sadesky: It was to be announced at the Party Congress on Monday. As you know, the Premier loves surprises.

I don’t know if our “premier” enjoys surprises that way butt he sure got one in the form of a Donald J. Trump presidency. And it’s likely to unleash the doomsday machine for his “complete transformation of America”.

So until such time as The Donald is able to rebuild our military hardware we can take comfort in the fact that the venerable old B-52’s are a hearty lot, and it takes much more than one missing engine to prevent them from delivering their payload:

Major T. J. "King" Kong: Well, boys, we got three engines out, we got more holes in us than a horse trader's mule, the radio is gone and we're leaking fuel and if we was flying any lower why we'd need sleigh bells on this thing... but we got one little budge on them Rooskies. At this height why they might harpoon us but they dang sure ain't gonna spot us on no radar screen! 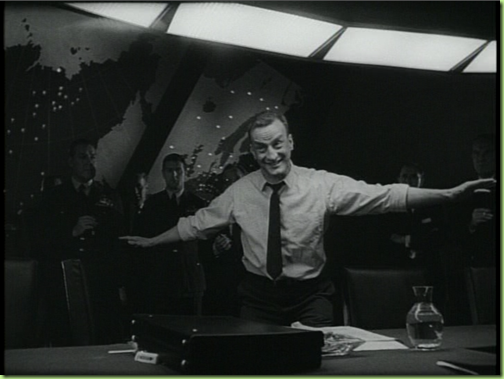 So, General Turgidson, is it possible he could still get that B-52 through to bomb the target?

General "Buck" Turgidson: If the pilot's good, see, I mean if he's reeeally sharp, he can barrel that baby in so low... oh you oughta see it sometime. It's a sight. A big plane like a '52... varrrooom! Its jet exhaust... frying chickens in the barnyard!

So come on then, let’s make the most of this Doomsday Machine:

Major T. J. "King" Kong: I want you to remember one thing, the folks back home is a-countin' on you and by golly, we ain't about to let 'em down. I tell you something else, if this thing turns out to be half as important as I figure it just might be, I'd say that you're all in line for some important promotions and personal citations when this thing's over with. That goes for ever' last one of you regardless of your race, color or your creed. Now let's get this thing on the hump - we got some flyin' to do. 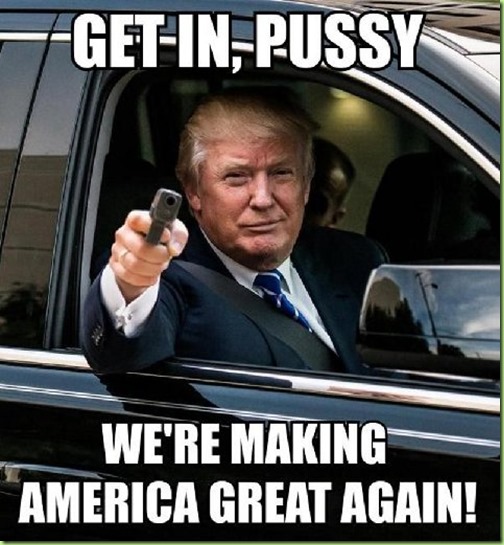 I never get tired of winning.

Russian Ambassador de Sadesky: "The deciding factor for building our Doomsday Machine was when we learned that your country was working along similar lines, and we were afraid of a doomsday gap. "

President Merkin Muffley: "This is preposterous. I've never approved of anything like that. "

Ambassador de Sadesky: "Our source was the New York Times."

Sounds like the ground crew forgot a safety pin.