There is a type of bookending about Barry’s first and last tax-payer funded Winter Holiday in Hawaii. His first you may recall was the occasion the Muslim Panty Bomber tried to blow up an airplane as it came in for a landing over Detroit. Fortunately for all involved, with the possible exception of the Bomber himself, his underwear caught fire butt failed to detonate.

That time it took Barry, who was busy, three days to emerge from his well-earned vacation cocoon to finally comment on the situation. 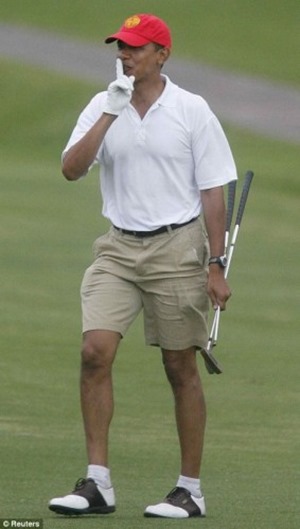 Shush, we don’t speak of such things, especially on vacation.

President Obama headed to a golf course moments after receiving reports that a truck had plowed through a Christmas market in Berlin in a potential terrorist attack, according to White House pool reports.

And believe me, we’ve made progress these past 8 years; our hair may be a bit grayer, 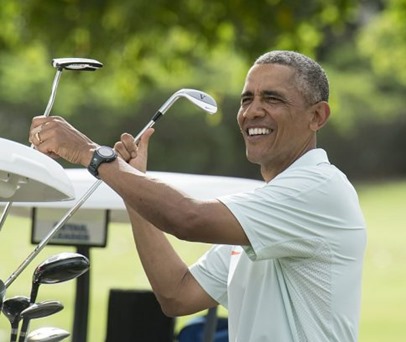 butt let the record reflect that BHO is one of very few Presidents whose golf game has actually improved during his time in office. And in case you’re interested, we had dinner last night at the exclusive Vintage Cave Club, which is not just a restaurant it’s a concept: 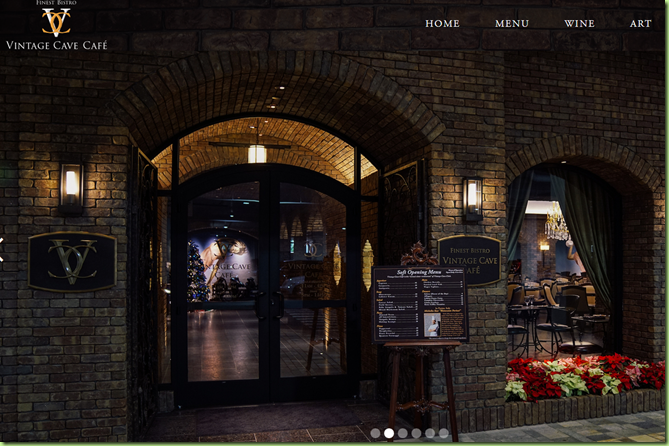 Secured in the natural embrace of the cathedral-like environment, guests are encouraged to relax, ‘hit reset’, and escape the ordinary. Please enjoy our exceptional food, wine, and entertainment at the hands of gifted masters of the arts.

Butt it’s Christmas, I don’t want to start a class war; Barry already did that, most recently when he was campaigning for multi-millionaire Hillary and against the rich white guy:

"And let me say this -- because I was talking to some folks here on the way over, and I said to them, if you're a working person, if you are out there every day working hard, punching a clock, the notion that this guy is your champion -- the notion that this guy is going to fight for working people, when his entire life he did not have time for anybody who wasn't rich or a celebrity; who wouldn't let you into one of his hotels unless you were cleaning the room; wouldn't let you onto one of his golf courses unless you were mowing the fairway -- come on! This guy is going to be your champion?

"I mean, it would be one thing if you were thinking about voting for somebody who had been in the trenches, who knew what it was like to maybe not have enough money at the end of the month, who maybe had seen their parents working in a coal mine or on an assembly line, and knew what it was like to not be able to afford college, and had done his best -- maybe you'd think about some of the stuff he's saying. But this guy? Don't be bamboozled. Don't run for that okidoke. Come on! 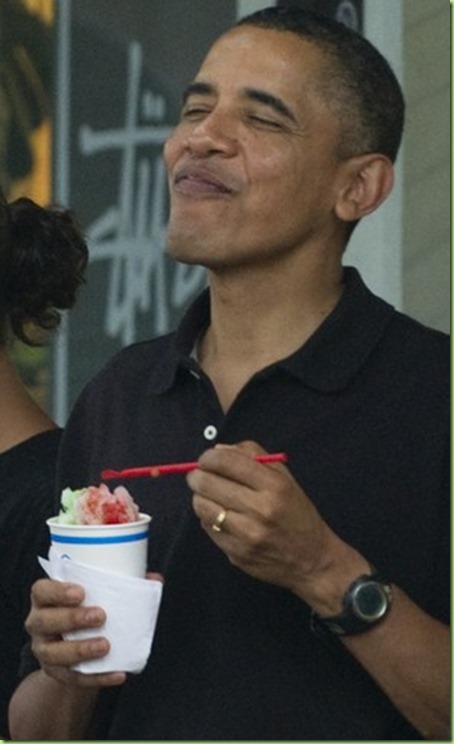 I also noticed that they spelled but as butt. I wonder if that was a mistake? “His butt failed to catch fire”

“”because I was talking to some folks here on the way over,””

Does anyone know if that whole quote was on the plane to HI or on the campaign trail this year? Pretty disgusting in any event..sounds more like BEFORE the election. With the opinion he has of himself, I truly don’t know why he hasn’t had his clock cleaned long ago. Know what it means but I have no idea of the origin...

I also noticed that they spelled but as butt. I wonder if that was a mistake? “His butt failed to catch fire”

“I also noticed that they spelled but as butt””

Not a mistake - it’s always spelled that way in that writer’s work.