Here’s a pattern you can expect to see more of in the future:

Maybe the PEOTUS reads foreign newspapers like the Daily Mail, who ran this yesterday:

Trump was RIGHT about Air Force One: Pentagon budget documents show Boeing program is slated to cost more than $4.2 billion

Apparently these documents are available to the foreign press butt not the domestic MSM who immediately responded to the Tweet with “We found that Trump’s description of the contract lacks some context.” They seem far more concerned with “fake” news – yours and mine butt not theirs – than in the real story of a presidential jet program bearing a $4 billion price tag.

Hillary Clinton on Thursday decried the spread of fake news online, calling it an “epidemic” that Congress should take action against.

“The epidemic of malicious fake news and false propaganda that flooded social media over the past year — it’s now clear the so-called fake news can have real-world consequences,” Clinton said during a speech on Capitol Hill. – The Hill 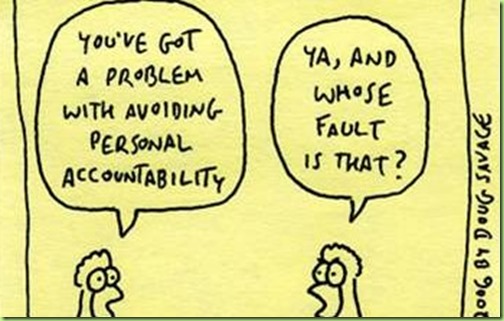 In related news we find out that sometimes fake news is actually better than the real thing:

McAuliffe, a Democrat and a top Clinton ally, was asked about his four chickens in an interview with the Atlantic.

"I hate to say this, one chicken died," he said. "About a month before the election, Hillary died."

In this case the “fake news” is simply metaphorical.

As one astute commenter noted: The Chickens Have Come Home To Roost.

“a) untrue b) indiscreet c) unpresidential”

They forgot racist, sexist, homophobic, anti environment........Can anybody think of any more?

Anti-democratic. The New abridged definition of anti-democratic is: anyone who does anything that upsets democratz. Real or imagined.

For a little perspective...

Of course. After all, compromise to them is agreeing with what THEY want.

Dang! Lots of people don’t even know what those words mean, but libtards use them a lot!

Aren't Boeing's main operations in Washington state and Illinois - BOTH heavily dem states? I guess 0bama and hillary BOTH feel like they deserve $4 Billion of the taxpayer's hard earned money.

Two aircraft for Air Force 1 usage at the base price: $757M

Price inflation for luxury accommodations, actual communications needs, and traditional military cost overruns: 4.2B - 0.7B = $3.5B

If Donald Trump says that a plane has too much useless luxury at too high a price, perhaps we should listen. He knows luxury and knows what it costs. We could go with a little less chrome and mahogany.

In terms of the bigger picture, it does not seem like anyone on the left listens to what President Trump says (even less than they listen to other republicans). They listen long enough to attack on his topic and don’t bother checking whether he has a point. This will be an interesting eight years.

... and that is LIST price what do you think is the chances are that any buyer actual pays list price?

I say, give them what they want. Make anyone who wants to be part of the Official News Media register and obtain a license. If “fake news” is such a threat, then the First Amendment must allow “reasonable, common sense restrictions,” just like the Second Amendment.

After all, things have changed since the Constitution was adopted. If the Framers didn’t expect “assault weapons,” they sure didn’t expect radio, TV, and Internet.

So for the children’s sake, all news media companies, news writers and news readers should have to obtain a federal license, background check, pay fees, and have training and proficiency testing on presenting and authenticating facts and how to separate opinion from news.

Anyone who accepts paid advertising for publishing should happily accept reasonable restrictions. Oh, and if they violate their license by publishing opinion as news, they lose their license.

Blogs or other sources without a federal license can still publish, but the public will know they might be getting fake news.

I say, if the liberals want it, give it to them where the sun don’t shine. /sarc