As we are all excruciatingly aware, the Left is always guilty of whatever they accuse others of. Take that War on Women for example: they own it.

Check out their reaction to Kellyanne’s tweet from the “Heroes and Villains” costume party where she donned a Superwoman suit with a wink towards her role in The Donald’s victory - something few on either side of the fight thought anyone could pull off. 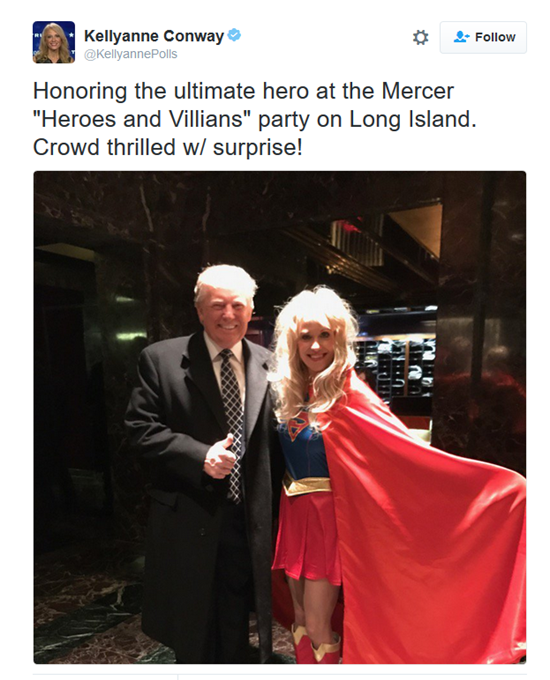 Talk about poor losers; the misogyny, not to mention the vitriol, directed at the girl that beat their man-beater is epic. I can’t print most of them, butt here’s one of the milder ones, with strategically placed asterisks to protect me from being deemed a fake news site:

Take fake news for example; they are the ones who reinvented the name (original attribution to Nietzsche) which they sanctimoniously slapped on many Rightwing news and blog sites. Unfortunately for them, and us, they also reinvented the concept:

Who is it that created this “post-truth” climate? Once again, it was liberalism. And just how vigorously has the mainstream media ever stood against this nihilist undertow? That would be zip, zilch, nada.

In fact, many trace the roots of America’s modern “fake news” to CBS and their then anchor:

To the contrary, speaking of “fake news,” I recall a certain prominent journalist—I’d rather not repeat his name—who trafficked in a wholly fake news story about a president, and whose forged documents were defended as “fake, but accurate.” So the media doesn’t have a lot of standing to complain about “fake news” just now, let alone a “post-truth” world they helped create.

And while the Left as a whole created this morass, Leftwing comedian Stephen Colbert gave it a name: 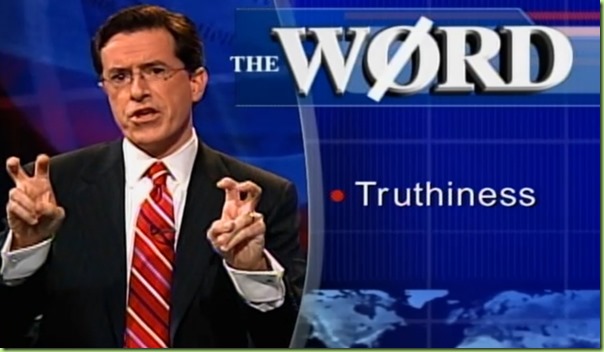 Strident political assertions based on tiny traces of facts: "truthiness."

If ever there were a time the Left wished it could eat their words this would be the time:

The Washington Post’s Ruth Marcus, for example, is losing her mind over this state of affairs:

Oxford Dictionaries last month selected post-truth — “relating to or denoting circumstances in which objective facts are less influential in shaping public opinion than appeals to emotion and personal belief” — as the international word of the year, and for good reason.

The practice of post-truth — untrue assertion piled on untrue assertion — helped get Donald Trump to the White House. The more untruths he told, the more supporters rewarded him for, as they saw it, telling it like it is.

As Steven Haywood points out, far more eloquently, what goes around comes around:

But like the time an independent counsel was used against a Democrat, liberals hate it when their doctrines are used against them.

Wait till they have to deal with Harry Reid’s nuclear option. 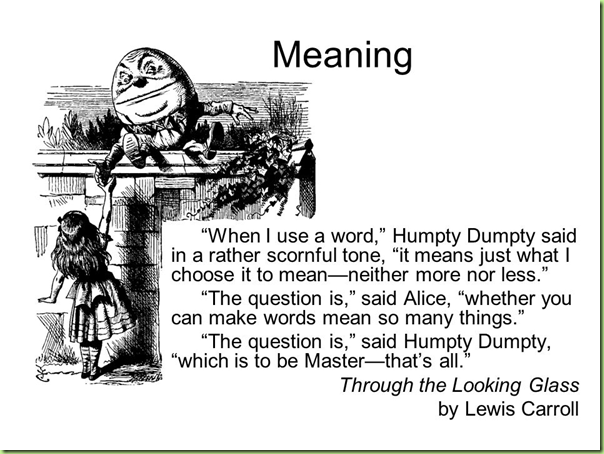 “Master” – isn’t that a microaggresion?

Wrong. Ruth Marcus has never had a mind to begin with.

More from that link:

Jim Geraghty of National Review offers a nice run down of “fake news” in his morning newsletter:

Or ask Brian Williams about his war stories. Or ask Rolling Stone about those ritualistic gang rapes on the University of Virginia’s campus.

We haven’t seen anything like this “fake news” on social media since… Katie Couric’s blatantly misleading editing in her documentary, Under the Gun.

Or the tall tales of Jayson Blair at the New York Times.

Or Stephen Glass’s New Republic reporting on the hacking of “Jukt Microtics.”

Or those Research 2000 polls that may or may not have been conducted.

Or the trucks rigged to explode on NBC’s Dateline.

The false accusations against the pizzeria are abominable but not unprecedented: just ask the Duke lacrosse team, Richard Jewell, Ted Stevens, and the Central Park Five.