I’ve been collecting these for a week or so, the only connection is they are all generated by various branches of the whacky left.

From the Green Belt:

Hours after a Green Party-backed campaign dropped its case in state courts they announce a change to their strategy to force a statewide recount of Pennsylvania's Nov. 8 presidential election, won by Republican Donald Trump, and said late Saturday night that it will seek help in the federal courts, rather than the state courts.

To say George Soros is a sore loser is an understatement. He will take this to Hell and back in an attempt to get the verdict he’s looking for.

2. Liberals Mock Victims of Wildfire in Tennessee Because They Voted for Trump

Hating on victims because they a) voted for Trump b) are global warming deniers c) are Christian and d) enjoy “white privilege.” 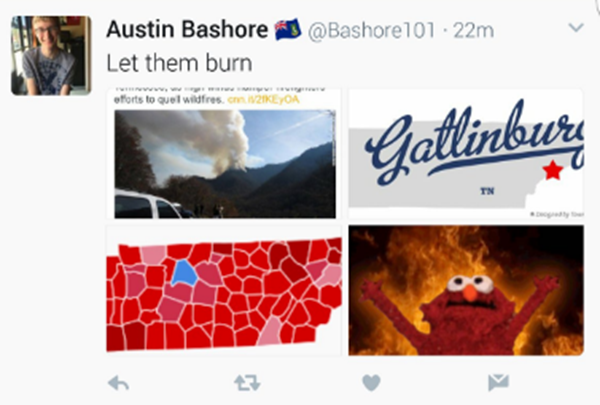 What is it with Leftists’ preoccupation with fire anyway?

“People Get Angry and They Burn Things” – Whoopie Goldberg

Like flags, Ferguson, Baltimore, Milwaukee…and anybody they disagree with. 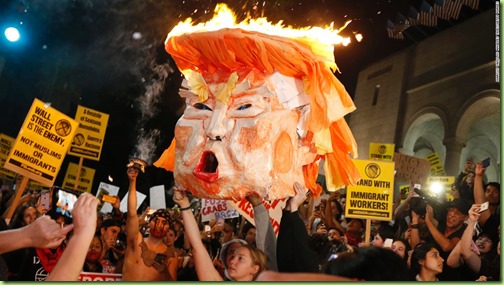 Protesters in LA unhappy with the election results turn to fire for a little stress relief.

From the Campus Belt:

1. Student Sues University After Accruing $224K in Debt But Getting No Degree

This woman was trying to get her doctorate in education. Six years later, she still doesn’t have a degree and is drowning in debt. How does this happen?

A doctorate in Education? At any point did it occur to her that this was a waste of money? She should have enrolled in Trump University instead; she might have learned how to negotiate a settlement of that debt.

Before he was shot dead while attempting to murder a bunch of people with a car and a butcher's knife, Ohio State University student Abdul Artan—a Somali-born Pakistani immigrant who reportedly became radicalized after learning about injustices committed against fellow Muslims—was enrolled in a class called "Crossing Identity Boundaries."

In fact, he had a group project on "microaggressions" due later this week. The assignment, worth 15 percent of his grade, required students to find a dozen examples of microaggressions on social media and explain which identity groups were the victims, according to the syllabus.

When are we going to stop teaching hate?

“It’s a systemic issue … (on) many university campuses across Canada … Universities are funded by taxpayer dollars and there needs to be some accountability at the government level.”

In (again): Anti-Semitism. Out: Islamophobia. Any other questions?

From the LGBTQ Belt.

1. Chip And Joanna Gaines’ Church Is Firmly Against Same-Sex Marriage

Chip and Joanna Gaines’ series Fixer Upper is one of the most popular shows on HGTV…they were the subject of a long profile in Texas Monthly that credited them with revitalizing the city of Waco, Texas, where the show is set and where their businesses are located…The couple are riding a wave of success, largely due to their charm and appeal…They have built a small empire, and they are not done yet. They have a huge retail space in Waco, as well as a new magazine, the Magnolia Journal; they have a real estate company; Joanna has a paint line and a home decor line. Season 4 of Fixer Upper begins Nov. 29.

And they are devout Christians so they must be taken down.

Their church, Antioch Community Church, is a nondenominational, evangelical, mission-based megachurch. And their pastor, Jimmy Seibert, who described the Gaineses as “dear friends” in a recent video, takes a hard line against same-sex marriage and promotes converting LGBT people into being straight.

So are the Gaineses against same-sex marriage?

Unfortunately for BuzzFeed they must not have gotten the memo about Trump winning. This death-by inuendo tactic doesn’t work quite as easily as it did BT (Before Trump™).

The BuzzFeed News report sparked a firestorm of criticism from Christians who argued that people who oppose same-sex marriage and LGBT rights are persecuted by the media. A Lutheran pastor published a piece in The Federalist under the headline, “BuzzFeed Wants To Destroy Chip And Joanna Gaines For Being Christian And Wildly Popular.” The Washington Post published an opinion piece calling it a “non-story.” And Megyn Kelly’s show The Kelly File featured a discussion of the story, with Fox News’ Dana Perino concluding it had “backfired” on BuzzFeed.

the Iowahawk has a suggestion:

“We’re not saying people can’t be Christians,” a Seattle woman said in a Facebook comment. “This is a free country, after all. But when Christians decide to actually have Christian beliefs about things—I’m sorry, that’s just too far.”

Christianity remains the only religion in America officially sanctioned for persecution. With a new sheriff in town you can expect that to change. 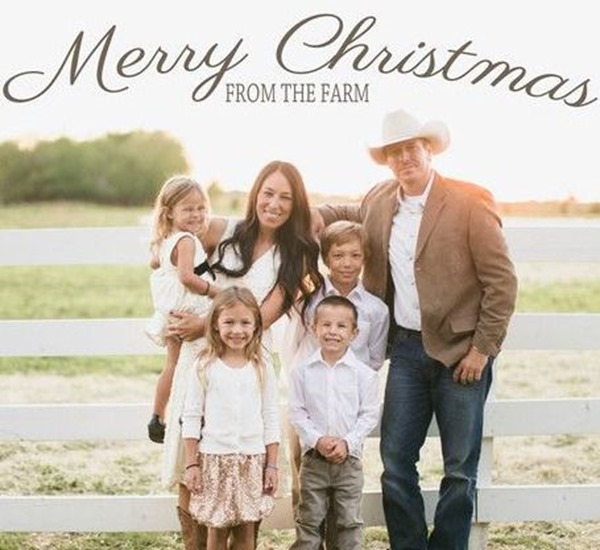 The Gaines family, and Donald Trump, wish you a Merry Christmas

In: “Merry Christmas” Out: “Happy Holidays”

Am STILL laughing over Iowa Hawk’s suggested titles for a Buzz Feed show on HGTV!
PRICELESS!!!