I have a minor surgery this morning so I’m turning the whole thing over to you guys. Mind your manners, don’t forget the MOTUS Rule Book (sidebar) and clean up after yourselves.

To get things rolling, what do you say we all contemplate the awesomeness of our Great Presidential Christmas Hall of the Snow Goons. 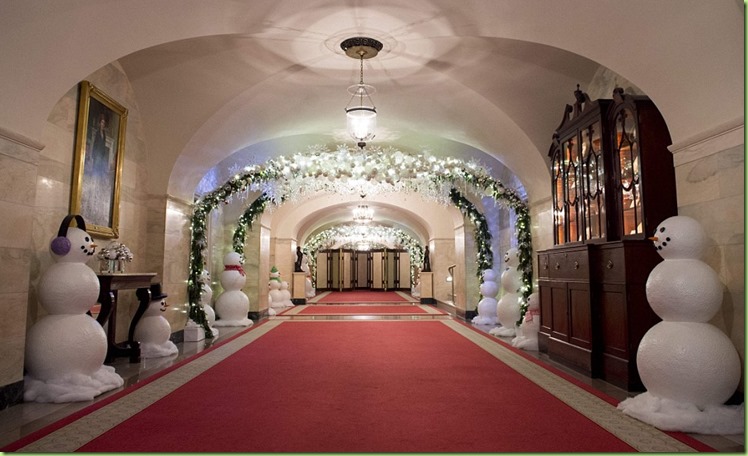 Try to focus on the impermanence of the snow goons; that should make the fundamental transformation of the Central Hall into a third rate mall a bit easier to deal with.

Then imagine them all committing hari kari. That should be fun. 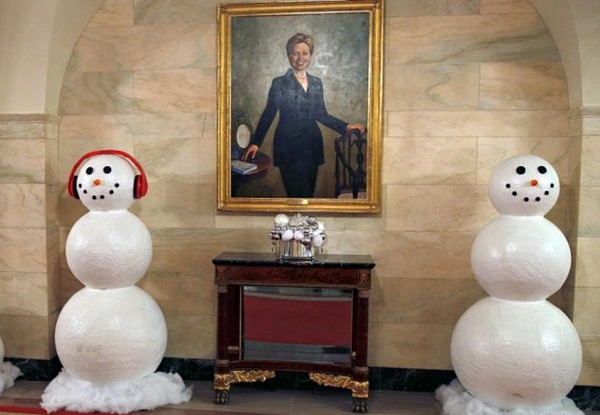 I’ll check in later this afternoon to see who’s been naughty and nice.

The mooch decorated this...this is his.....I mean her? idea? I think I mean her...? well after seeing the dancing in white pants on the Ellen show ...I think the mooch is a dude that looks like a lady....kids from a surrogate. OR she had kids and then went full hermaphrodite?

That is jaw-dropping ugly!

Notice there is shorty snow dude with hat in first pic, then three baller in pic with hildabeast , makes one wonder if even the snow dudes do not want to be sen with the beast