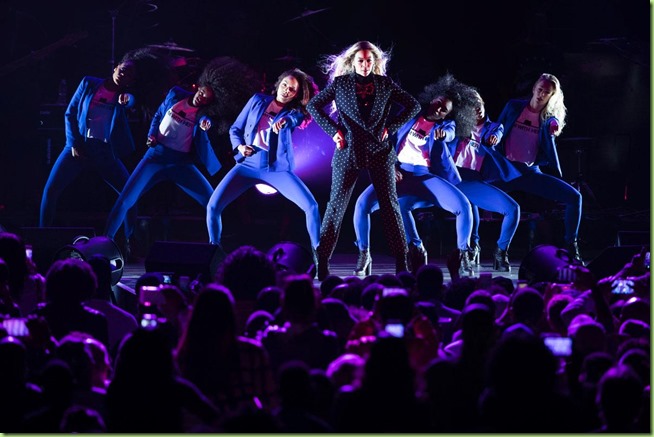 And who better to host a hip-hop rally than Hillary, Queen of the chillax* pussy* bitches*?  Just last night she had a bomb of a show headlined by another power-couple-in-name-only, Beyoncé and Jay-Z. 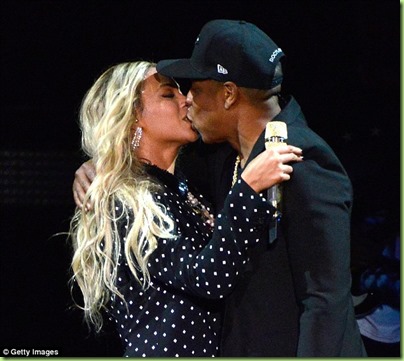 Could anyone other than Hillary have managed to get Bey and her bitches into pantsuits to perform her famous anti-cop “Formation” anthem? That’s what they did last night, forgoing their customary, more comfortable attire that allows them to air out the lady parts they’ll all be voting with next Tuesday. 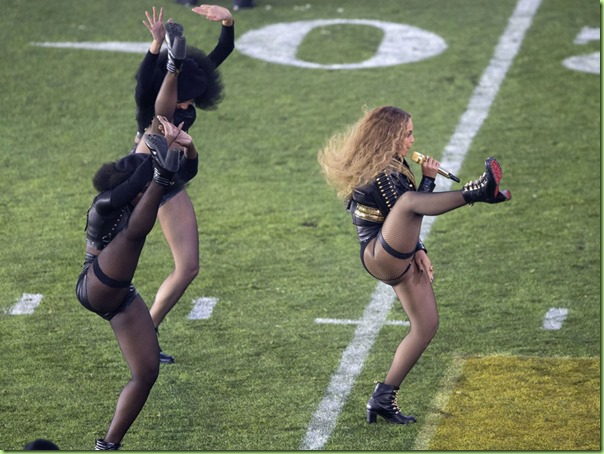 Wow! Look at those Louboutin’s! 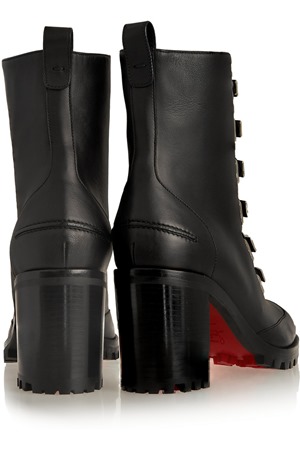 I’m talking about the boots, stoopid!

Beyoncé sang her current hit that memorializes her husband sleeping around with someone named “Becky with the good hair.” She also used the opportunity to speak passionately about female role models and women’s rights - before performing in a debased manner with her cheating husband: 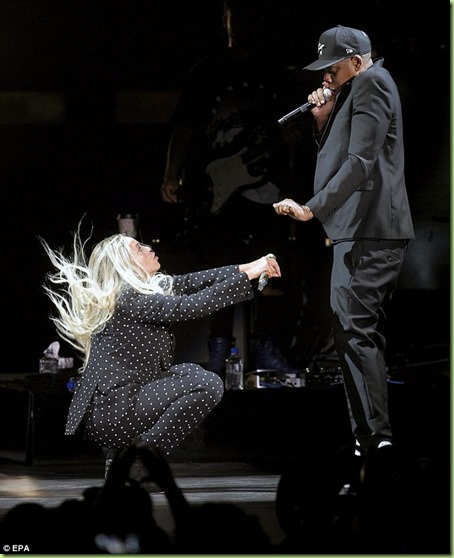 I should note that the opening act for Hillary “the-first-President-with-a-Vagina” Clinton’s rally was Big Sean, rapping out his big hit: “I Don’t F--k With You.” It contains no less than 10 “f--k”s in the first stanza – that’s gotta be a record! And it also talks about hoes and n****rs like no white boy (or girl) ever could. That’s true art. Not to be confused with the coarseness exhibited by Mr. Trump.

Throughout the evening homage was paid to Hilz’ past commitments and sacrifices on behalf of the American people:

In all-caps letters, Clinton's words flashed across an oversized screen behind the stage where Beyoncé was performing at a get-out-the-vote concert in Cleveland:

“I suppose I could have stayed home and baked cookies and had teas, but what I decided to do was to fulfill my profession which I entered before my husband was in public life." - Politico

And what a “profession” it’s turned out to be! So why on earth would a White Lady* be makin’ cookies* if she can be doin’ a 24/7* for dead presidents*? What a peep show*! Fo shizzle my nizzle*!!

And you can take that to the bank. Or the big house. Just not the White House“. 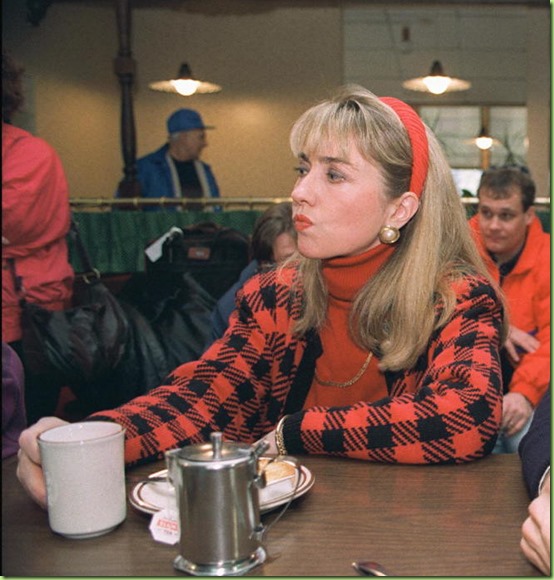 “Bake your own damn cookies. And stop putting them on my f-----g computer!”

* From the Dictionary of Hip Hop Slang

Well, if not for double standards, liberals would have no standards at all.

The liberals are shocked, just shocked, that Trump said a bad word years ago.

Yet these same liberals, have a concert as part of their campaign, a concert in which obscene lyrics are part of the show.

Where’s the Hillary and liberal mock outrage over the use of obscene language at a rap concert on her behalf???