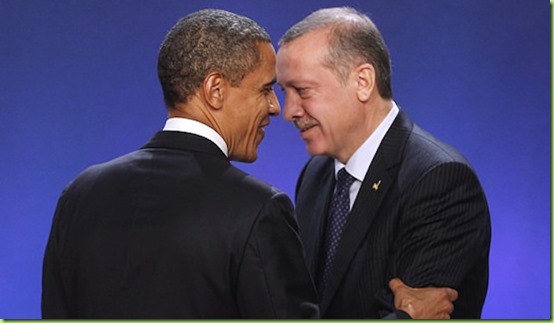 Turkish President Recep Tayyip Erdogan, once identified by President Obama as one of his top five closest international leader friends, famously said: "Democracy is a like a train: you get off once you've reached your destination." – PJ Media 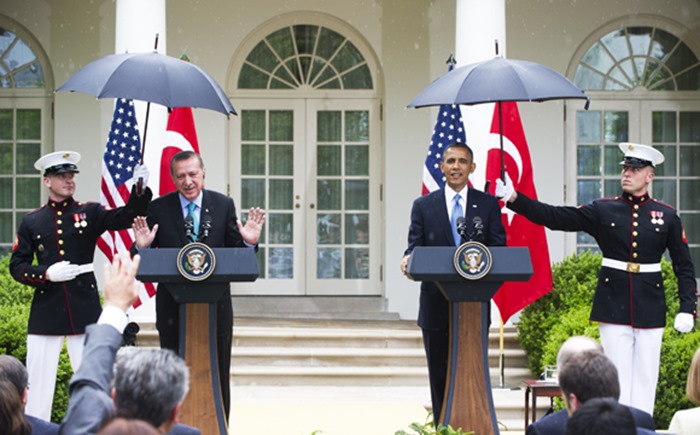 Barry and his best bud, Recep, availing themselves of the services of the U.S. military

Apparently Erdogan believes he has arrived at said destination. According to Reuters:

Turkey detained two co-leaders and nine other lawmakers of Turkey's pro-Kurdish Peoples' Democratic Party (HDP) early on Friday over reluctance to give testimony for crimes linked to "terrorist propaganda."

The Turkish Interior Ministry said detention orders for 13 MPs were issued, but only 11 were detained as two lawmakers were abroad.

Although this has been going on since July’s unsuccessful “military” coup:

Arrests have been widespread since the July attempted coup, with the Erdogan regime imprisoning opponents, banning rallies, taking over media outlets, and sacking non-Islamist government employees by the thousands.

Many believe the coup was staged by Erdogan himself in order to seize power and justify his current actions which include - in addition to locking up opponents - banning rallies, taking over media outlets, and sacking non-Islamist government employees by the thousands.

And the official U.S. position? I guess we don’t have one:

Other than getting ready to shutter our embassy.

So your choice next Tuesday should be clear:

Vote for the ex-Secretary of State who, together with Barry, enabled the current actions of Turkey’s Sharia Law Loving Dictator. 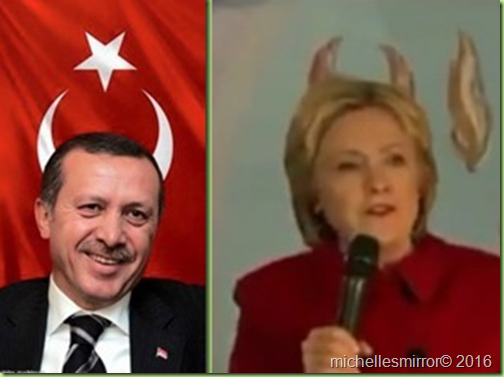 Even though he doesn’t seem to share her enlightened views on working women:

Women who choose careers over motherhood are trailblazers in some parts of the world. But in Turkey they're "deficient" — at least according to the nation's president.

Recep Tayyip Erdogan's declaration that such women were "half persons" is the latest in a series of remarks by the leader of a key U.S. ally that has sparked outrage and fear among liberals and human rights activists, who allege he's leading the country down a path to conservative Islam.

The ex-Secretary of State whose own Culture of Corruption entitles her to ignore any and all laws that she finds troublesome, including those aimed at preventing the influence of foreign governments in our elections:

Top Hillary Clinton campaign officials were warned last summer that Turkish President Recep Tayyip Erdogan would make contributions to the campaign through American proxies to gain favor, but chose to take money from one of the people they were warned about nonetheless. – Washington Free Beacon

The ex-Secretary of State who thinks she’s reached her destination.

Or you can vote to Make America Great Again. For Americans. 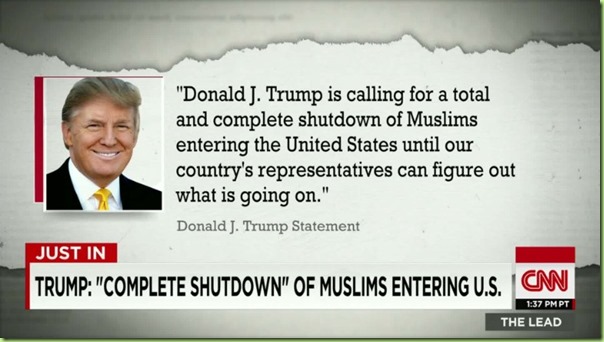 If your still sitting on the horns of a dilemma. Pitch your ass up and go vote got Trump. For surely you will be gored by the Demoncraps