Hillary Clinton used variations of 'I don't recall' 21 times when asked 25 questions under oath about how she deleted 33,000 State Department emails.

Sworn written testimony obtained by Judicial Watch show the Democratic presidential candidate dodged virtually all of the questions about the correspondences she removed from her private server while she was Secretary of State. - DM

Since he’s already lost his media bona fides, let’s have Matt Lauer pursue this series of brain freezes with Hillary Rodham, the smartest woman in the world:

“I do not recall” and Vinny wants you to have his watch to forget as well.

Now, you may not recall what you had for lunch yesterday, you may not recall where you left your phone, and on a really bad day you may not even recall your own phone number. Butt seriously, don’t you think you might recall whether you “altered, destroyed, disclosed or used” any of your State Department emails? Or instructed anyone else to “alter, destroy, disclose or use” said email? Especially when you're famous for your steel trap brain?

Maybe Hillary just isn’t as qualified to be president as everyone thinks. 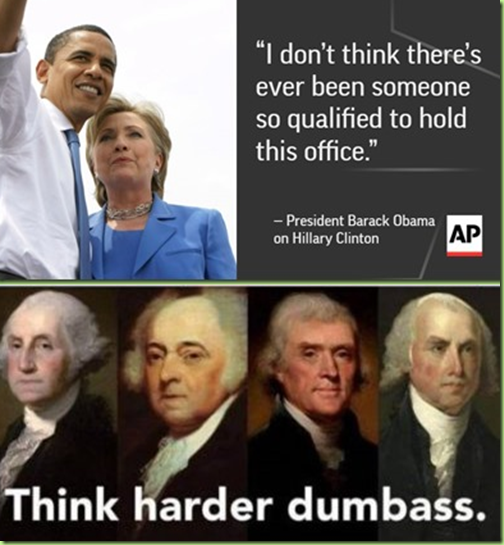 So are her ethics, morals, values and integrity. And her memory’s not so hot either.

Smartest women my a**. The media has been hyping a woman this week who remembers the type of plane she flew on over 30 years ago and details about the armrest.

“smart” and “memory” and not the same but are related and the media would have to concede that the woman on the airplane has a memory that puts Hillary to shame. And memory of what Putin did/said last year can be very important when sitting across the table negotiating no matter how “smart” you are. 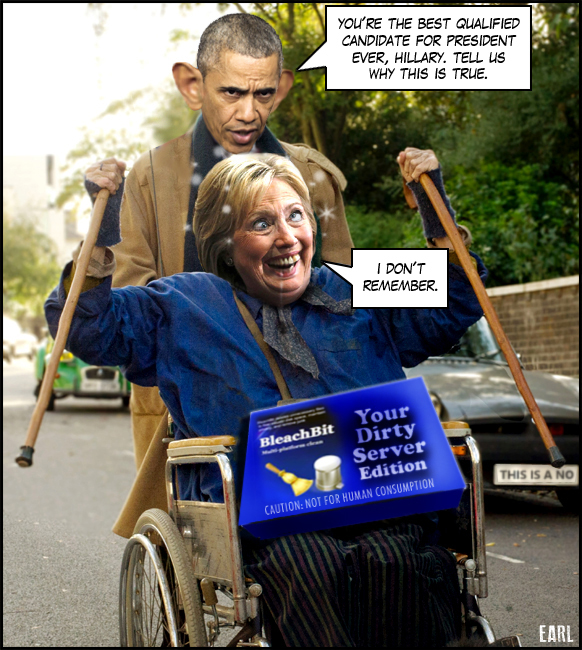 When I was in elementary school, “I forgot” seemed like a reasonable excuse to me. After all, if one did not remember to do his homework, how could he be in trouble for that? It was his memory’s fault. I soon learned that none of my teachers concurred with my logic.

But now I see that I was right all along. Having a terrible memory is the best excuse ever! No matter what crimes I commit, all I need to say is that I don’t recall squat. I can even run for the highest office in the land and no one cares that I “can not remember” doing any of the evil things I do. Cool!

It’s obvious she is using the “I have a degenerative cognitive brain malfunction so you should ignore my lapses and vote for me” argument.....