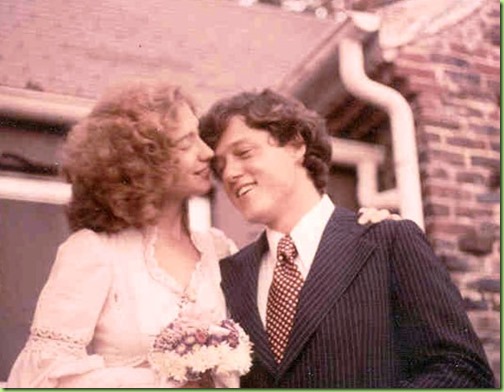 Happy Anniversary Bill and Hillary Clinton! 41 glorious years together, that’s quite an achievement. 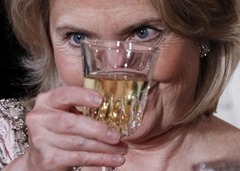 I’ll drink to that.

They have one child, Chelsea, 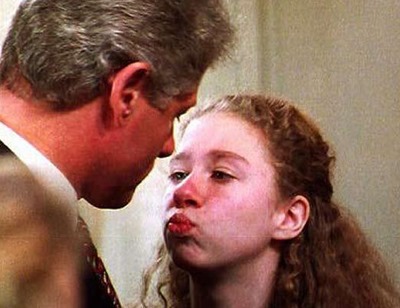 Let’s take a brief look at a few of the Clinton’s accomplishments in their years together.

First, they ran the state of Arkansas together, 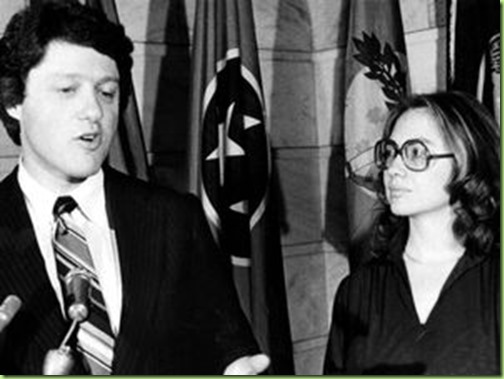 where Chelsea was born. 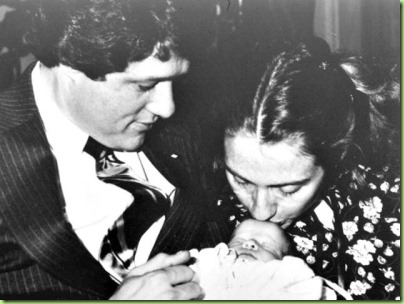 There they first learned how to use government funding for private benefit by hiring a nanny at state expense. This state-funded child care allowed Hillary to continue her work as a highly paid partner at the Rose Law firm while building her political resume advocating for education reforms and continuing her own education in the field of business. Her finance degree thesis was How to Turn $1000 into $100,000 in the Futures Market. 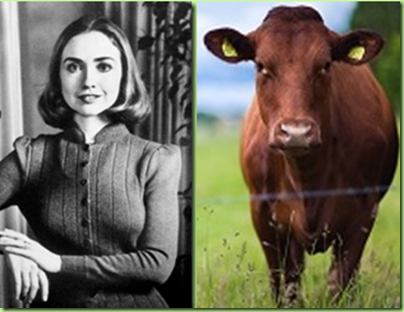 The Clintons went on as a team to win the White House where both of them made their mark, so to speak. 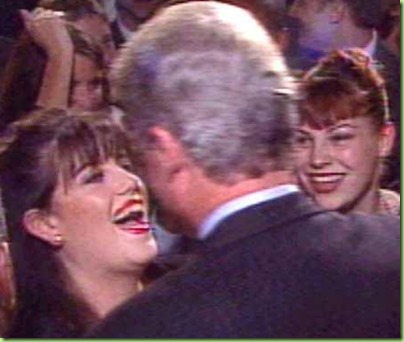 Bill channeled JFK in many policy moves and Hillary channeled Eleanor Roosevelt by charting her own path and trying to ram a Health Care Plan down our throats long before Barry Obama had even penned the first of his two amazing autobiographies. 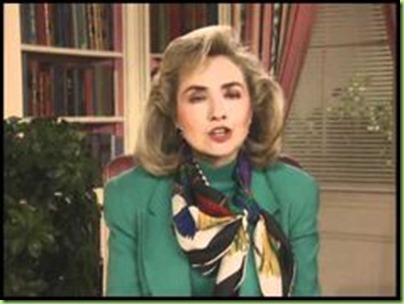 Bill did manage to pass NAFTA, welfare reforms, launch the Balkan offensive and bomb an aspirin factory in Iraq during his tenure. Additionally, both Bill and Hill laid the plans for their future family business – a profitable enterprise of public/private partnership. That pays no taxes.

When they left the White House however they were flat broke and had to borrow money from influential people in order to launch their next career. 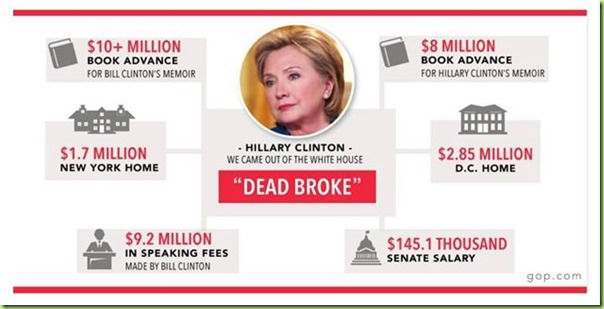 With the seed money they combined Bill’s considerable political skills with Hillary’s financial skills (honed in Arkansas) to launch the much anticipated Clinton Foundation, later expanded to include the subsidiary, The Clinton Global Initiative. Together they built this estate philanthropy from literally nothing to a multi-billion dollar endowment that sells access and influence while giving at least thousands of dollars away each month.

Wow! A real, admirable American couple – making money the old fashioned way since 1979. Happy Anniversary, and may you have many, many more. 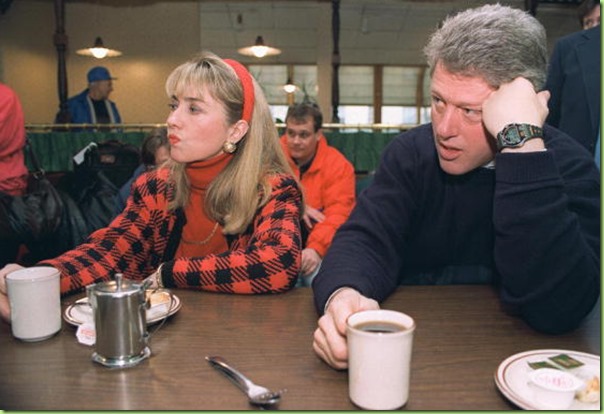 They’ve made a mockery of marriage.

Their entire lives are a mockery of marriage, ethics, morality, and public service.

Klintoons are a pox on America. THANKS ARKANSAS.

Too bad Harold Robbins is not around to see his “Carpetbagger” characters come to life.

Apparently on their honeymoon in Haiti, Bill and Hillary visited a witch doctor to receive supernatural guidance from the spirit realm. Can anyone confirm this?

Reminds me of that old song ...

Still Corrupt After All These Years

she does not care who, what, or how he boinks.

this stinks like that fake dance on the beach with her thighness.