There were a lot of rare sightings yesterday that’s for sure. The Donald’s lewd, crude comments weren’t among them. Unfortunately that sort of thing is distressingly, uh…not rare amongst the warrior class.

So let’s focus on the rarities, first a Bigfoot sighting in Michigan:

Now I will caution you that this could easily be some racist jerk in a gorilla suit trying to punk you or culturally appropriate the Scary Clown craze. Or it could be the real thing – there are just so many trees in the frame that it’s hard to see the forest.

“But If Everybody's Watching, You Know, All Of The Back Room Discussions And The Deals, You Know, Then People Get A Little Nervous, To Say The Least. So, You Need Both A Public And A Private Position.”*

These remarks came from one of Hillary’s not-so-rare “Wall Street” speeches that paid so well and were kept so private. Interestingly, this is came from remarks she made to the NMHC, a trade organization representing apartment building owners and developers; The Donald could have been in the audience!

Somewhat surprising - Hilary sounds about as articulate as, you know, her one time heir apparent to the New York Senate seat:

Republican presidential nominee Donald Trump apologized for lewd comments about women he made in 2005 and went on to pledge “to be a better man tomorrow.” That would be enough if he were the Democratic candidate; of course if he were the Democrat nominee he could just blame the right wing attack machine and deny it: “These allegations are false, and I need to go back to work for the American people.”

However, in our age of polarizing political relativity the words on one side of the divide are worse than actions on the other. Some things are forgivable (in the case of Bill Clinton) and others are not (“I can no longer support Donald Trump for president.”). I would simply like to point out that when Trump made those disgusting comments over a decade ago he was still a Democrat.  Since then he has had a religious experience, repented and is seeking salvation. I know Democrats are big believers in rehabilitation for offenders, I guess we’ll just have to wait and see how Republicans and Independents feel about it.

Unfortunately there isn’t enough time for Trump to go to rehab before the election so carry on troops. This one is left in the hands of the American electorate not the politicians who are all off cowering in the corner for fear of taint.

MACBETH
Bring me no more reports; let them fly all:
Till Birnam wood remove to Dunsinane,
I cannot taint with fear. What's the boy Malcolm?
Was he not born of woman? The spirits that know
All mortal consequences have pronounced me thus:
'Fear not, Macbeth; no man that's born of woman
Shall e'er have power upon thee.' Then fly,
False thanes,
And mingle with the English epicures:
The mind I sway by and the heart I bear
Shall never sag with doubt nor shake with fear.

Come on people, we don’t need any more Scottish tragedies, let’s just Make America Great Again despite the shortcomings of the warrior class. 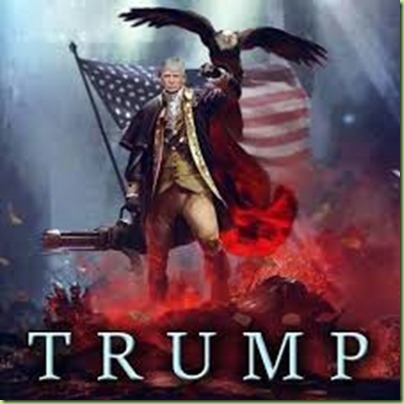 At least Trump didn’t RAPE her, like Bill would have.

President Jimmy Carter in his own words ON LUST IN HIS HEART AND ON POLITICAL LIARS LIKE LBJ.

“I’ve looked on a lot of women with lust. I’ve committed adultery in my heart many times. This is something that God recognizes that I will do—and I have done it—and God forgives me for it. But that doesn’t mean that I condemn someone who not only looks on a woman with lust but who leaves his wife and shacks up with somebody out of wedlock. Christ says, don’t consider yourself better than someone else because one guy screws a whole bunch of women while the other guy is loyal to his wife.”

He concluded: “I don’t think I would ever take on the same frame of mind that Nixon or Johnson did—lying, cheating and distorting the truth. . . I think that my religious beliefs alone would prevent that from happening to me.”

I remember Caroline Kennedy was a terrible speaker but I didn’t remember it being this bad. I assume she was talking about her father when she said he’d be laughing his head off at her running for the Senate but that was the kind of relationship they had?????? What on earth did that mean? She was 7 years old 5 days after he was killed.