Twitter’s “DeplorableCorgiGirl” posted a video Monday to chastise Mook over his involvement with Clinton, who has accepted millions of dollars from foreign Muslim nations that treat gays as subhuman.

In the segment, “Recording from my Basket – Robby MOOK,” “Deb” laid out exactly why she believes Mook is selling out gays.

“And it’s really flooring the hell out of me that he’s supporting a woman that took money from these countries, from these countries that would take him and his friends or his lover or his partner and throw them off a building and kill them,” she said.

“I’m floored over this,” the woman added. “I had my suspicions that he was, watching him, but before I come out on anybody I had to reup on him and he is (gay). What a freaking disgrace.”

DeplorableCorgiGirl, also known as @DebraMax on Twitter, donned a Trump for President 2016 shirt in the video. She explained that she lived through the worst of the aids epidemic and believes threats and acts of terrorism from radical Islamists that support Clinton present a far scarier situation.

“You know Mr. Mook, I got to tell you something. I was out of the closet during the time of AIDS … you’re 36 years old, you don’t know anything about that. And for me that was a very bad time. I lost a lot of friends then.

“And what I find now it’s not funny going into a gay club and having some terrorist from these Muslim countries coming to kill us,” she continued, referencing the gay nightclub shooting in Orlando. “And you should be ashamed of yourself for campaigning for that bitch. Unbelievable.

“And for me, this is a worse time now, worrying about ISIS killing us,” Deb said. “You don’t even know the time of AIDS, that was a bad time that I never thought in my life I would see another time that I would fear for me and my other gay friends. …

“But to know that you are a gay man, like us, and you’re her campaign manager,” she said. “How disgraceful, that you are out there in the public supporting somebody that is going to come here and will kill you for being a gay man.

“You are a disgrace, Robby Mook.”

In April, Out magazine described Mook as “the first openly gay man to manage a serious presidential campaign” in a profile outlining his political background, which started with organizing phone banks for the Clinton-Gore campaign as a 16-year-old in 1996 and evolved into work on campaigns for Howard Dean, John Kerry, Terry McAuliffe and others.

Those countries require women to gain approval from their “male guardian” to do everything, from go to school to divorce. In the United Arab Emirates, for example, it’s permissible for a husband to assault his wife and kids.

In Qatar, marital rape is allowed.

In Saudi Arabia, gay sex is punishable by death by stoning. In the United Arab Emirates “same-sex relations” also result in the death penalty, according to the site.

TOPICS: Politics; Society
KEYWORDS: clinton; lgbt; mook; trump
WOW, she gets it! A lesbian who knows exactly where to put the blame on the Pulse nightclub shooting, not the gun. Interesting how many gun shops in the Orlando area gained a significant LGBT clientele. Could it be that they, as well as an increasing number of Blacks, Latinos, and other groups the libs pretend to care about are realizing the BS they've been fed?
1 posted on 09/27/2016 9:48:11 PM PDT by Impala64ssa
[ Post Reply | Private Reply | View Replies]
To: Impala64ssa

She explains her point in a crystal clear manner.
Best that a member of that interest group first bring this up. Trump can always build onto her valid points.

God Bless this woman, unfortunately she will be called a traitor for supporting a Republican, but seeing how she speaks, she has a good head on her shoulders and she will be able to fight off the haters. Notice how the LGBTQ community didnt seem to mind that Hillary Clinton had a Jihadist gay murdering terrorist’s daddy sitting court side at her event, and SHOOK HIS HAND AFTER WARDS

She referred to Cher as a freak. I like her style!

WELL, WELL, WELL, seems like HELLARY’s campaign mask is MELTING all around her the BITCH is losing support from EVERYWHERE!!!!

7 posted on 09/27/2016 10:08:30 PM PDT by Trump Girl Kit Cat (Yosemite Sam raising hell)
[ Post Reply | Private Reply | To 3 | View Replies]
To: Impala64ssa
WOW, she gets it! A lesbian who knows exactly where to put the blame on the Pulse nightclub shooting, not the gun. Interesting how many gun shops in the Orlando area gained a significant LGBT clientele. Could it be that they, as well as an increasing number of Blacks, Latinos, and other groups the libs pretend to care about are realizing the BS they've been fed?

Glad to hear this, too, but it is illegal in Florida to carry a gun in a bar - especially if you are imbibing. It's likely that even if someone who was in the Pulse nightclub owned a gun and had a CCP, they could not have legally brought it into the club.

Further, even with a CWFL these weapons may not be carried concealed in the following places, pursuant to Section 790.06(12)(a), Florida Statutes:

A place of nuisance. Florida defines “a place of nuisance” as any place that annoys the community, injures the health of the community, or is injurious to the manners or morals of the people. These types of locations include, but are not limited to, places of prostitution, assignation (an outdated term for a place used for secret meetings), a place of lewdness, places used for illegal gambling purposes, or places deemed to have criminal gangs and activity.

Any courthouse or courtroom except that a judge may carry and determine who may carry within his or her courtroom.

Any meeting of the governing body of a county, public school district, municipality, special district or meeting of the Legislature or a Legislative Committee. Any public or private school, college, or professional athletic event not relating to firearms. This includes a school sponsored event, the property of any school, school bus, or school bus stop. However, a person may carry a firearm on school property if: it is carried in a case for the purposes of attending a firearms program or class that has been approved in advanced by the principle or chief administrative officer of the school, or in a vehicle if it is securely encased and not readily accessible for immediate use. School districts may waive this exception for purposes of student and campus parking.

Any public or private preschool, elementary, or secondary school and their administrative buildings.

Any career center. However, a person may carry inside a career center if attending a firearms training program.

Any portion of an establishment licensed to dispense alcoholic beverages for consumption on the premises, which portion of the establishment is primarily devoted to such purpose. (Unfortunately, this law is ambiguous and appears to be subject to interpretation with regard to restaurants with bars or other places licensed to serve alcohol which serve other purposes such as casinos and other places of entertainment. We have researched this issue including contacting the concealed weapons division of the Florida Department of Agriculture and have received this response. While this letter and its opinion are not authoritative, the general sense is that concealed weapons may be legally carried by a CWFL holder into a business that serves alcohol but not as a primary business, however a concealed weapons carrier should stay out of portions of that business where the service of alcohol is the primary function, i.e., the bar area of a restaurant.)

The inside of a passenger terminal both outside and inside the secured areas of any airport, provided that no person shall be prohibited from carrying any legal firearm into the terminal that is encased for shipment purposes and checked as baggage to be lawfully transported on an aircraft.

Does Hillary have any non homosexual people surrounding her?

The puppet, Hillary, is finished.
This woman is to be commended for speaking out about the hypocrisy of Obama and his puppet who’ve been bought off by the Saudis and don’t care if we all die in Islamist attacks. 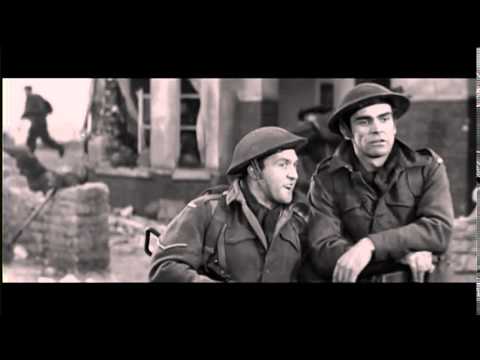 "If you ask me, Flanagan, there are a lot of pretty peculiar blokes on this beach."

Pajama Boy has been crying a lot lately

“A gay young man from Khartoum , took a lesbian up to his room.
But they argued all night, as to who had the right,
To do what, and to which, and to whom.”

Not all gays are liberal. I worked with a lesbian who was from a military family. She hated liberals & hated the welfare mentality.

“...countries that treat gays and women with blatant hostility,”

Talk about watering down a fact. Butchering, hanging, drowning, and stoning are a bit more extreme than “blatant hostility”. Blatant hostility would be giving someone the finger or punching someone.

“She referred to Cher as a freak. I like her style!”

And other “entertainment” people were included, too. Yes; the person is well spoken and has well-thought-out opinions. She gets it.

“Does Hillary have any non homosexual people surrounding her?”

HOMOSEXUAL, because there's nothing GAY about it.

“Does Hillary have any non homosexual people surrounding her?”