Do you hear America singing? Have you noticed that increasingly everyone’s singing their own song, and invariably off key? It’s like a million Roseanne Barrs screaming the American Anthem at us, before grabbing her crotch. 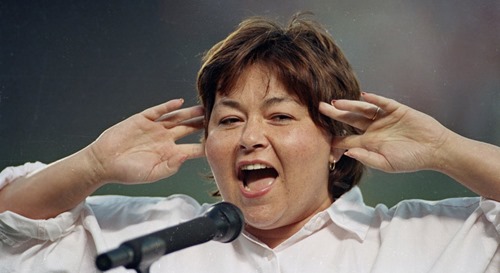 It’s really beginning to annoy me, and throw me off my normally good mood. As of late all I want to do is yell STFU!!!!!

And vote for Donald Trump.

Okay, I feel better now. Hope you all have a good day.

Walt Whitman was a homo who had more than a professional interest in all those young soldiers he wrote about.

Knowing that and rereading his material, it’s sorta gross.