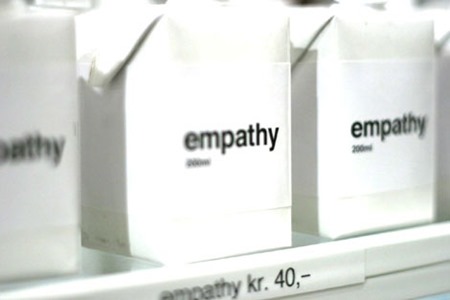 Today I thought I would pursue one of the root causes: Snowflake Syndrome (ϟϟ).

The latest outbreak of ϟϟ - at Seattle University, Matteo Ricci College School of Humanities - has been documented by the Daily Caller and, as the saying goes, requires a special kind of stupid. A brief summary: students at the Matteo Ricci School of Humanities took over the Dean’s office and demanded that the Dean be fired and all of their demands (which are ample) be met.

Chief among their demands is an order for the school to adopt a new curriculum that “decentralizes Whiteness and has a critical focus on the evolution of systems of oppression such as racism, capitalism, colonialism, etc.” The curriculum should be taught by “professors of color and queer professors” and should place particular emphasis not on traditional educational concepts but instead on “racism, gentrification, sexism, colonialism, imperialism, global white supremacy, and other ethical questions about systems of power.” 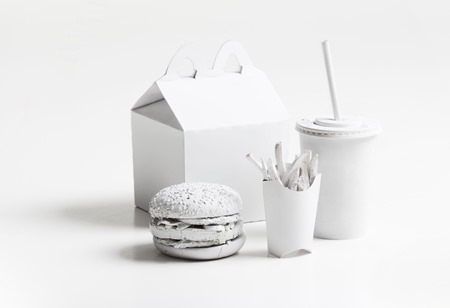 Your centralized whiteness offends me.

It’s also right out of the textbook, literally, of the Bill Ayers series titled Teaching For Social Justice – agitprop of the first order which is considered required reading at many university schools of education.  It ensures that future teachers are adequately trained to pass on the agitprop. Additional doctrine from the bible of Social Justice explains why this demand is necessary:

One of the protesters, 22-year-old Fiza Muhammad, told The Stranger this demand was necessary to undermine Matteo Ricci’s current focus on the Western canon, which she dismissed as the work of old, racist, sexist white men.

The demands also request a substantial amount of re-education for professors, so they will be more prepared to deal with “microaggressions” on campus.

Yes, yes! Bring on the re-education camps for the unconverted, the apostates, the infidels!

Muhammad said these demands were necessary because currently professors at the school “call [her] aggressive and emotional” when she complains to them. 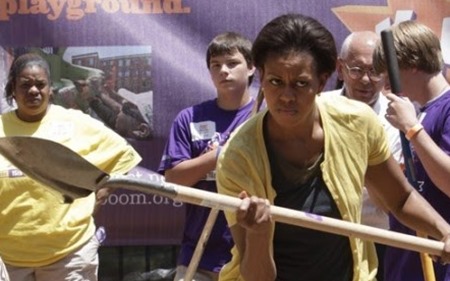 The occupiers appear to have come equipped to stay awhile, with The Stranger reporting they showed up with pillows, pizzas, and even a speaker system for blasting out Beyoncé’s new Lemonade album.

Beyoncé: role model for the Obama girls and other up-coming social justice warrior-ettes.

They also erected a homemade poster displaying the “House Rules” of the occupation, such as:

I have no problem with “Trans folx” “Womxn of color,” “people of color + Queer folx” – and I really admire the spelling creativity. “Butt” I am curious (is that a microaggression?) as to why they’re all grouped together. Shouldn’t they all have their own, separate “centering” spaces? Unless you’re a differently-abled, born female non-binary queer person of color? In which case you’ve pretty much won the victim/grievance lottery and can go anywhere you want. 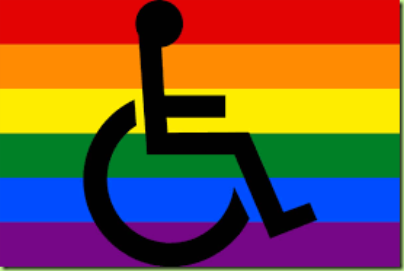 Did I mention that Seattle University is a Catholic University? Jesuit, of course.

Seattle University is a Catholic school, and Matteo Ricci College operates a special program with several local Catholic high schools that allows for students to begin college-level work in high school and then graduate after just three years of undergraduate work. The occupiers demand an end to this special relationship, arguing it excludes non-white and low-income students. They also demand the school “stop using the bodies of students of color to advertise diversity.”

I give up; how else are you supposed to “advertise diversity?” I might need to check into re-ed camp myself. Finally, we get a summary of why students find these demands reasonable:

Once again, these concerns are urgent and necessitate an immediate response, to be handled with utmost severity and care. Dissatisfaction, traumatization, and boredom are realities within our collective MRC experiences, as well as being ridiculed, traumatized, othered, tokenized, and pathologized. 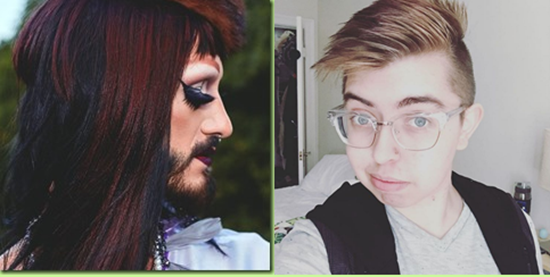 No, trust me; they’re doing that to themselves

These experiences have been profoundly damaging and erasing, with lasting effects on our mental and emotional well-being. Additionally, the curriculum in MRC is unsatisfactory as a Humanities program. For students to have their personal and ancestral voices erased in curriculum and conversation, only to be told that their experiences of pain are insignificant, is psychologically abusive. 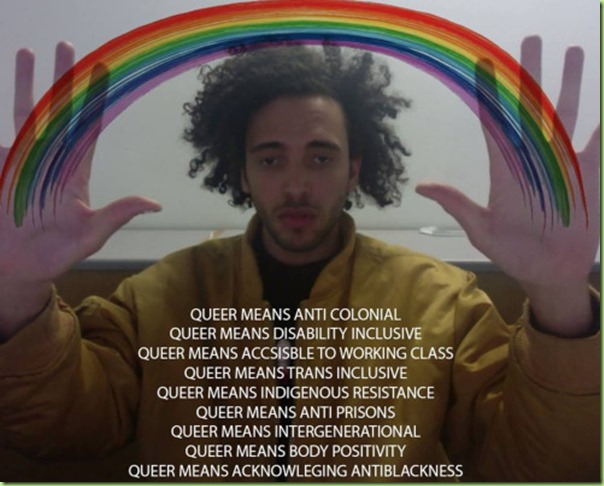 Too bad the ϟϟ won’t study western civilization; if they did they might discover that fascism in all its forms always turns out badly.

Maybe they should take a couple of Tylenol and get over themselves.

Do you realize what happens to you after you are “offended”?

Now, grow up and get over yourself.

There is no constitutional right not to be offended and “offense” is NONE of the central government’s business.

The problem belongs to the one offended. “Offense” is a kissing cousin with envy and they killed Jesus because of envy. Does my whiteness offend you enough to leave the U.S. and never come back? That would be just fine.

Ok, here’s a quarter go out and get rid of the chip on your shoulder

“Does my whiteness offend you enough to leave the U.S. and never come back? That would be just fine.”

I would be fine using tax payer dollars to purchase tickets and even give them money to leave the country never to return. Even giving them 100 kilobucks each will end up being a vast savings of tax dollars over their lifetime.

I would be fine if every school went up in smoke.

Envy, jealousy, and covetousness. They all hang out in the same area.

When I was a kid I thought white was a color. In physics class I learned it is the sum of all visible colors. As a seasoned adult I am told it is the ultimate in oppression and arrogant privilege.
Sorry, but I am none of those and resent the implication.

Their scorn for normal white men is high praise. I thank God every day that I don’t belong to one of their protected groups.

Wouldn’t any institution that named something after Matteo Ricci, S.J., have to be a Jesuit institution?

Another demand will be the re-naming of the Matteo Ricci program, due to that great missionary being a homophobe, colonialist, supremacist, sexist, and all that.