Prince Harry and Lady M have a long standing relationship, which stretches way back to 2013 when she still had bangs. 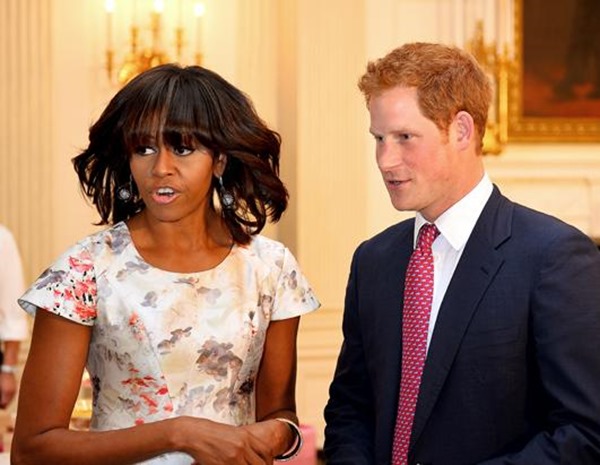 And last year they got together in Washington again to discuss plans and promote the 2016 Invictus Games – a multi-country, multi-sport event for injured or wounded military active service and veterans. 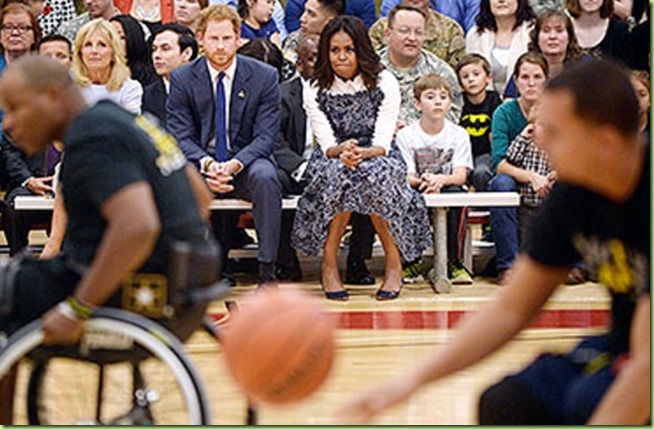 The first Invictus Games were held in London in 2014. Prince Harry has been the driving force behind these games which highlight the incredible effect sport has to inspire and help the recovery of servicemen and women who have been injured while serving their country. Butt this year things spiraled a bit out of control, as the Won’s and the Windsors engaged in a little trans-Atlantic twitter trash talkin’.

Ha ha! All in good fun, for a good cause. Butt is nothing sacred anymore? The POTUS and FLOTUS challenging the House of Windsor to a throw down? Using our servicemen and women as goofy props in a trans-Atlantic mic drop? 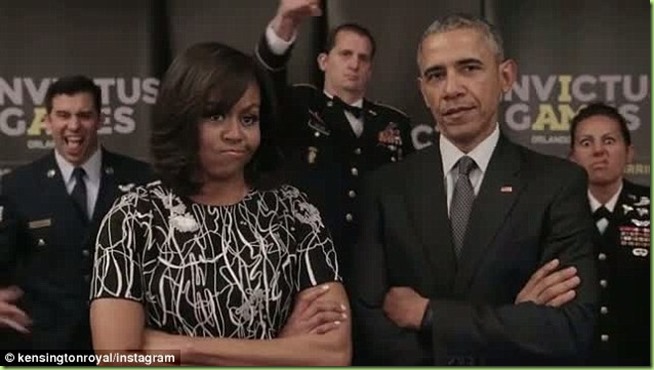 Our Gang Leaders, with their Homies, trash talkin’ the Royals. 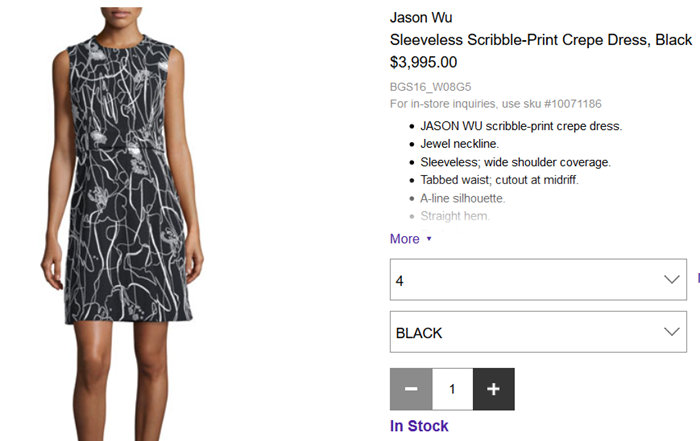 I don’t know why she had it modified with cap sleeves. The original looks more to Lady M’s taste: sleeveless, wide shoulder coverage, tabbed waist; cut at midriff - perfect for a boob belt. I’m assuming that the sleeves were added in deference to the Queen. Not that she’ll ever wear it again, butt if she does, put your money on losing the sleeves.

Meanwhile, we’ll be practicing our trash talk for the last Washington Nerd Prom, to take place later this evening. I’m sure it will be a blast.

NOTE: For the history of the mic drop routine - which Barry himself is credited with popularizing beyond rap culture - see here.

My overseas impression of British news is that William is treated with dignity, probably because he will eventually be king, but Harry is the rock star of the Commonwealth. In public at least, Harry seems more like his mother, while William seems more like his grandmother (the Queen).

One more comment: when I saw Prince Charles in the Hamlet thing a few days back, I was stunned by how much like Joe Biden he looked and acted; it was truly scary to see.