Barry and Angie, as virtual hipsters by Amit Shimoni

If ever there were two world leaders who did not require assistance to live in a world of virtual reality it would be these two: 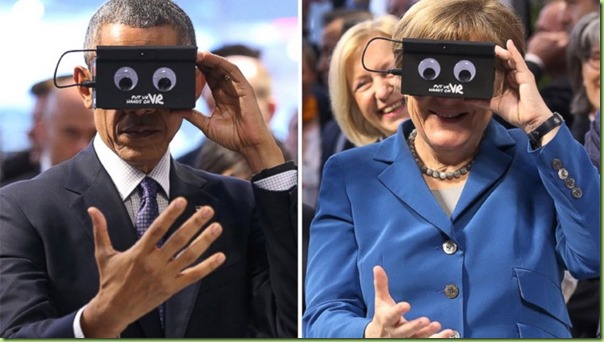 My! What big eyes you have! And ears.

As if Mr. Big Ears needs any further props to make himself look goofier. Let’s hear no more from him about Republican candidates being “non-serious.”

Butt back to Barry and Angie: neither of them have been able to see the actual hand in front of their face since implementing their respective de facto open border policies.

Angie opened Germany, and hence Europe, to the gates of hell when she welcomed millions of Middle East “refugees” to immigrate across now open borders. Barry did the same with his de facto backdoor amnesty program on our southern, now open, border. He’s creating a virtual North American Union while Angie has turned the European Union into the virtual Middle East European Union.

So no surprise when we heard that Our Man in Berlin praised Germany’s Chancellor for the Ages as being on “the right side of history” with her open-border refugee policy.

In a virtual world this would all turn out well, because…good intentions! Unfortunately in Realsville odds are not nearly as good. 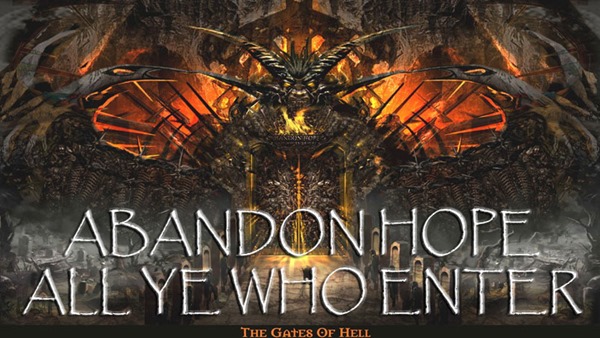 OP, please learn how to spell “BUT”. Your “butt” is what you sit on.