Imagine you’re the Queen of England, celebrating your 90th birthday: 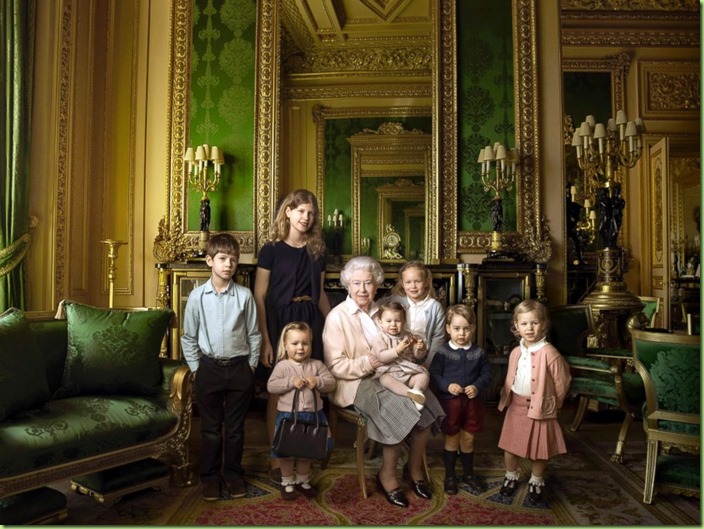 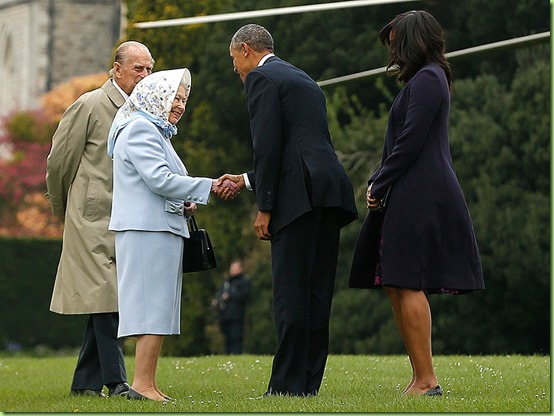 to have a birthday lunch with you, albeit a day late because they’re very important people and had  previous engagements. 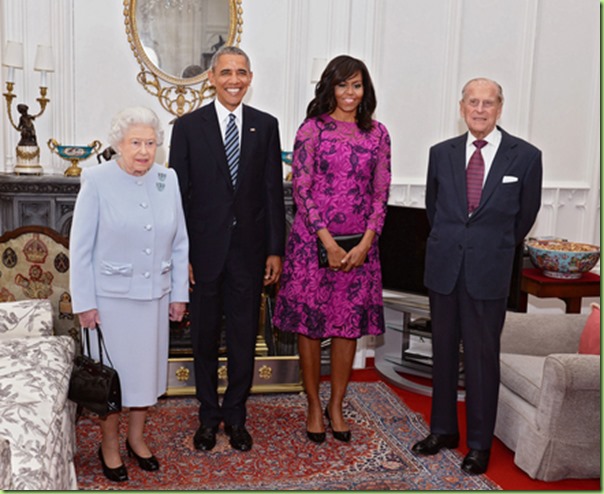 As you can see Lady M is honoring both the Queen and The Artist Formerly Known As Prince by wearing her Purple Reign frock.

And as long as he was there, President Barry used the occasion to lobby you and your subjects to stay in the European Union. He even had an editorial written for him to address the royal subjects directly:

Obama invoked the interlinked history of the United States and Britain and the tens of thousands of Americans lying in European war graves as his reason for speaking on a June 23 referendum.

"The European Union doesn't moderate British influence - it magnifies it," he wrote under the headline: "As your friend, I tell you that the EU makes Britain even greater."

Some Brits however did not appreciate what they considered meddling on the part of President Barry. The Mayor of London took special offense:

Writing in The Sun newspaper, London Mayor Boris Johnson recounted a claim that a bust of former British Prime Minister Winston Churchill was removed from the Oval Office after Obama was elected and returned to the British Embassy.

Johnson wrote that some said removing the bust “was a symbol of the part-Kenyan president’s ancestral dislike of the British Empire, of which Churchill had been such a fervent defender.” Seattle Times

Apparently many Brits agree with the Mayor, and think Obama should keep his nose out of their affairs, and feel his advice is just a tad hypocritical.

Johnson said Obama’s advice was “paradoxical, inconsistent, incoherent” because Americans “would never contemplate anything like the EU for themselves.”

True dat, Mayor Johnson, at least BO – Before Obama. Now days we’re more than happy to hand over our sovereign power to the United Nations to determine America’s economic and energy future.

Today at United Nations Headquarters in New York City, Secretary of State John Kerry and representatives of over 130 nations will sign the Framework Convention on Climate Change agreement that was negotiated in Paris last December.

The White House has also acknowledged that the agreement contains “legally binding” provisions designed to create a “long-term framework” that will force the United States and signatory countries to reduce carbon emissions for decades to come.

In fact he believes in letting them shape our future so much that he’s willing to violate the Constitution in order to accomplish it.

Despite these facts, President Obama has already announced he will not submit the Paris Climate Agreement to the Senate for advice and consent. Instead, the White House claims the signature environmental achievement of the president’s tenure is just an “international agreement” not meriting Senate attention. 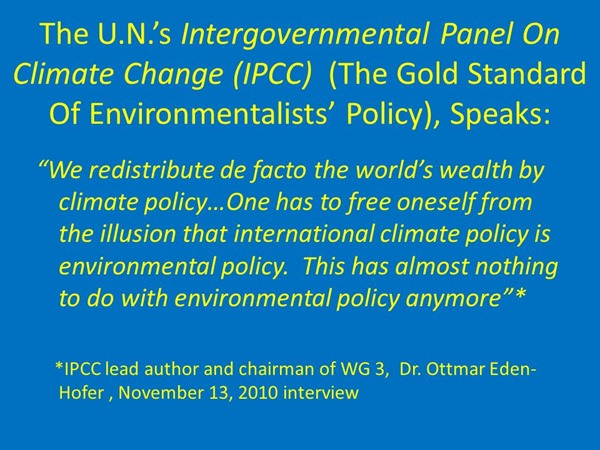 If nothing else, it will certainly magnify the redistribution of America’s wealth. And isn’t that what Earth Day  in the Age of Obama, is really all about? Redistributing the green? 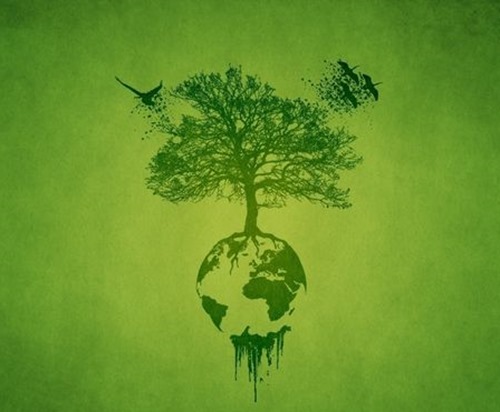 What the heck, while we’re at it, why not replace real trees with forests of artificial trees that could serve as CO2-reducing air fresheners? They would be much more efficient. 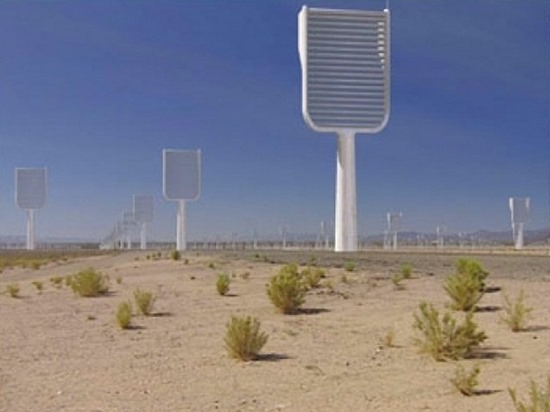 One synthetic tree can capture 10 tons of CO2 per day. Each tree would cost $24,000 (plus shipping and handling).

And the United Nations could pay for them! With your green! 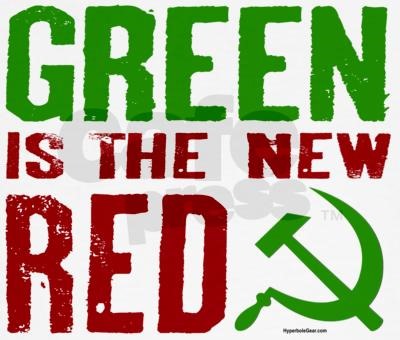 Hang tough Britain: sovereignty in an age of bondage is always a better idea.

TOPICS: Humor; Politics
KEYWORDS: brexit; climatechange; globalwarming; obama
1 posted on 04/22/2016 8:11:33 AM PDT by NOBO2012
[ Post Reply | Private Reply | View Replies]
To: NOBO2012
In Concord, Massachusetts, there is a marker memorializing the British troops who were buried there on April 19, 1775, trying to force the colonists to remain obedient to Queen Elizabeth's ancestor, George III.

The first Earth Day happened to be Lenin's 100th birthday. A good point to bear in mind every April 22nd.

Imagine you’re the Queen of England


I do believe that’s the first time I’ve ever seen a post start out that way...

Imagine you’re the Queen of England...

I do believe that’s the first time I’ve ever seen a post start out that way...

In all likely hood that question was probably addressed
to B.H.Obama.