NOTE: This is Part II in the Les Enfants Terribles series in which we explore how and from where the Special Snowflakes (SS) came to be. Today we look at how the End of Education set the stage for what I like to call “The End of History.”  I’m drawing from Res Idiotica, a post by Patrick J Deenan, Professor of Constitutional Studies and Political Thought at the University of Notre Dame, which was forwarded to me by Blonde Gator. 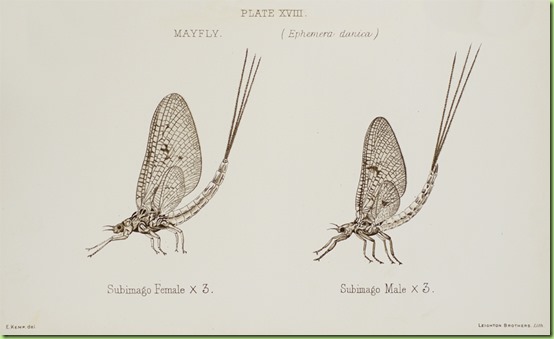 Watching those lifelong dancers of a day
As night closed in, I felt myself alone
In a life too much my own,
More mortal in my separateness than they -
Unless, I thought, I had been called to be
Not fly or star
But one whose task is joyfully to see
How fair the fiats of the caller are. – Mayflies, Richard Wilbur

My students are know-nothings. They are exceedingly nice, pleasant, trustworthy, mostly honest, well-intentioned, and utterly decent. But their minds are largely empty, devoid of any substantial knowledge that might be the fruits of an education in an inheritance and a gift of a previous generation. They are the culmination of western civilization, a civilization that has forgotten it origins and aims, and as a result, has achieved near-perfect indifference about itself.

Deenan notes that although they know how to take tests, get A’s, respect “diversity” and comport themselves with studied non-judgmentalism they are otherwise “masters of systematic ignorance.”

Our students’ ignorance is not a failing of the educational it is its crowning achievement. Efforts by several generations of philosophers and reformers and public policy experts whom our students (and most of us) know nothing about have combined to produce a generation of know-nothings.

Only it wasn’t just any group of well meaning but misguided philosophers and public policy experts that created this educational morass. It was an amalgamation of the old Left’s anti-modernist sophistry and the “new” Left’s socialist delusion. Together they created a new political vanguard with a shared animosity for capitalism and a deep-seated disdain for the philosophical roots of Western thought, especially the individualism inherent in its principles.(h/t DFD) And since both these camps were heavily populated with elite intelligentsia, they were well-positioned to pursue their objectives through the education system; thus subjectivity, relativity, and pragmatism became keystones of the new education philosophy, replacing logic, ethics and empiricism.

They are not to be blamed for their pervasive ignorance of western and American history, civilization, politics, art and literature. It is the hallmark of their education. They have learned exactly what we have asked of them – to be like mayflies, alive by happenstance in a fleeting present. 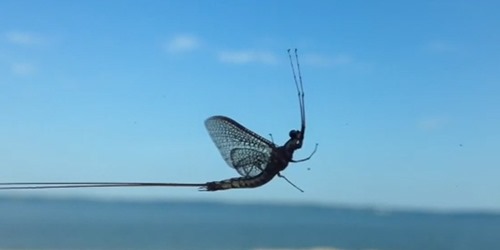 Deenan tells us that his students, for all of their apparent academic achievement, are woefully uninformed  both philosophically and factually, about the civilization that birthed them when you drill down a bit with questions:

Who fought in the Peloponnesian war?... Who taught Plato, and whom did Plato teach? How did Socrates die? Raise your hand if you have read both the Iliad and the Odyssey. The Canterbury Tales? Paradise Lost? The Inferno?

…What were the 95 theses… what was their effect? Why does the Magna Carta matter? How and where did Thomas Becket die?...Who was Guy Fawkes - [ed. This one they might know, because…the movie] What happened at Yorktown in 1781? What did Lincoln say in his Second Inaugural? His first Inaugural? How about his third Inaugural?...

You get the gist of it, they know none of these things except - as in the case of Guy Fawkes - by accident. Because the intelligentsia has examined the culture of the West and found it lacking, students know very little about Western Civilization because it’s barely taught anymore.

The educational elite, having determined Western values to be paternalistic (i.e. misogynist), chauvinistic (i.e. non-inclusive) and clearly racist, have issued a fatwa on Western Civilization. And unlike Francis Fukuyama’s rather optimistic proclamation of the “end of history,” the end of history that Deenan sees is not quite as  hopeful:

The pervasive ignorance of our students is not a mere accident… It is the consequence of a civilizational commitment to civilizational suicide. The end of history for our students signals the End of History for the West….Broadly missing is sufficient appreciation that this ignorance is the intended consequence of our educational system, a sign of its robust health and success…

The inability to answer basic questions about America or the West is not a consequence of bad education; it is a marker of a successful education.

In other words the educational cartel consisting of progressives, leftists and flat out communists - who despise the Western values of self-reliance, independence and capitalism - have won. They’ve dictated the terms and conditions of education for decades and have gradually and systematically replaced “Western” and “American” values of independence, self-reliance and capitalism with collectivism, social justice and government regulation. Students’ ignorance is not a failing of the educational system – it is its crowning achievement.

What our educational system aims to produce is cultural amnesia, a wholesale lack of curiosity, historyless free agents, and educational goals composed of contentless processes and unexamined buzz-words like “critical thinking,” “diversity,” “ways of knowing,” “social justice,” and “cultural competence.”

Our education system excels at producing solipsistic, self-contained selves whose only public commitment is an absence of commitment to a public, a common culture, a shared history.

So you see, we can’t really blame the SnowFlakes for their pathetic world view, or even the teachers. While we weren’t looking the Left has embedded the politics of civilizational suicide into the entire educational experience. All that’s left now is to clean up the mess. 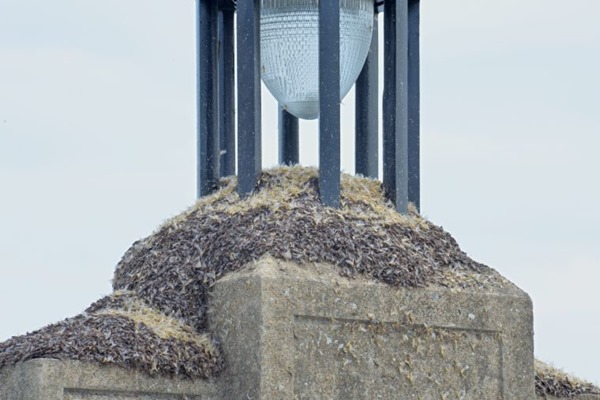 Mayfly carcasses: the morning after the night of debauchery, lasciviousness and dissipation.

“Mayflies, alive by happenstance in a fleeting present.”

Perhaps Pink Floyd had it right all along,

“They are perfectly hollowed vessels, receptive and obedient, without any real obligations or devotions. They have been taught to care passionately about their indifference, and to denounce the presence of actual diversity that threatens the security of their cocoon.” – Res Idiotica

I will vote for anyone who promises to eliminate the Department of Education.

H. G. Wells would call them the Eloi.

I don’t know the answer to any of those questions.

I recall learning perhaps 2 or 3 of them - but we never talked about inaugural addresses in my history classes.

And I was in advanced history classes throughout my school career.

I did, however; have a talk with my mother-in-law last night. She’s a school teacher in a rather “diverse” market in Connecticut. We talked about abaci and if they were still taught.

She mentioned that while it’s not part of the curriculum some teachers do teach it. It’s not totally lost.

And it’s not just schools that the left has taken over, but all institutions.

I work at a ‘university’...and it’s WORSE than the author has described

It is in the Bible, the four Hidden Dynasties. Political, educational, religious and financial. All controlled by the enemy of all that is good in mankind.