NOTE: Today begins a series of posts in which I will attempt to explain where the Special Snowflakes came from. Future posts will provide a multi-part analysis of everything that’s wrong in the world and how the cultural morass has given us an education system that has resulted in the end of history, the end of science and ultimately the end of Western civilization. Doesn’t that sound better than primary coverage?

I will begin at the end and work my way forward. Today’s installment examines what happens when the Snowflakes finally make their way out of the cocoon and stumble into the workforce as fully formed butterflies. Still made of snow, butt butterflies nonetheless. 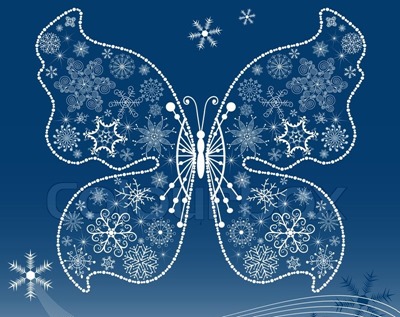 These, mind you, are the smarter Snowflakes who didn’t major in social ecology, theatre or gender studies and actually landed a job following graduation. In fact, many of them have STEM degrees and are making good salaries in Silicon Valley. Alas, they’re still aren’t happy:

Nearly 200 Bernie Sanders supporters gathered last night with pots and pans outside Shervin Pishevar’s star-studded Clinton fundraiser, co-hosted by George and Amal Clooney. The Sanders supporters argued corporate interests were buying Clinton that night – tickets for Pishevar’s dinner started at $33,400 (for a seat at the Fairmont hotel) and went up to $353,400 (for a seat at his house). Most of those in the streets were young, and many were in tech. – Guardian 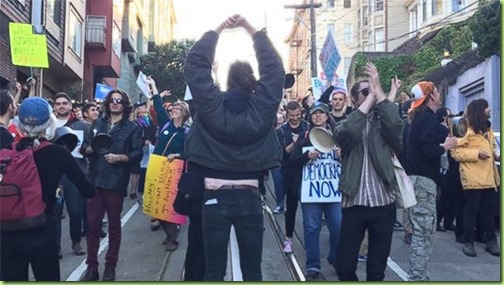 Many of the protestors were Millennials, Bernie supporters – quelle surprise! – who have already grown disillusioned with the greedy capitalists that pay their salaries: 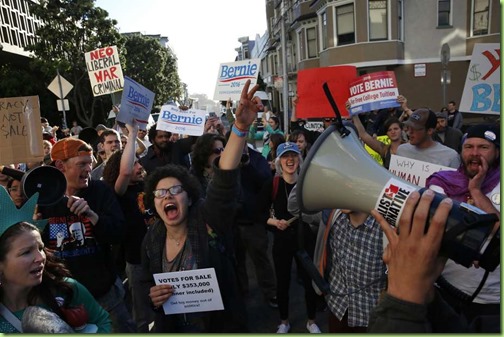 “Tech workers are workers, no matter how much money they make. The investors are what’s wrong in this city,” said 24-year-old Tom Sliwowski, one of the Bay Area Movement For Bernie. 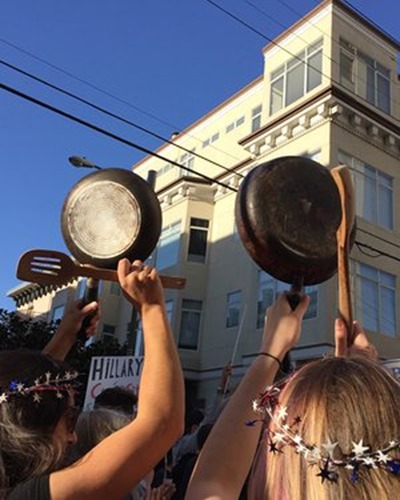 And what better way to protest than with pots and pans?

Banging pots and pans, the protesters blocked off the intersection of Washington and Jones streets (including the cable cars) with chants of "Hey hey, ho ho! Corporate greed has got to go!" and "Citizens United has got to go!" Many carried signs indicating their support of Clinton's opponent for the nomination, Bernie Sanders, chanting "Feel the Bern!" – Hoodline

“Hey hey, ho ho! Corporate greed has got to go!”? Four or more years of college at a minimum of $100K and this is the best they can come up with? That’s really pathetic, even if you didn’t major in protesting.

Butt what, precisely, are they upset about?

“They sell you a dream at startups – the ping-pong, the perks – so they can pull 80 hours out of you,” said Quirk, a 26-year-old software engineer. “But in reality the venture capitalists control all the capital, all the labor, and all the decisions, so yeah, it feels great protesting one.” - Guardian

OMG! They expect their new hires to work long hours! I mean, it’s like a house of horrors, or something. 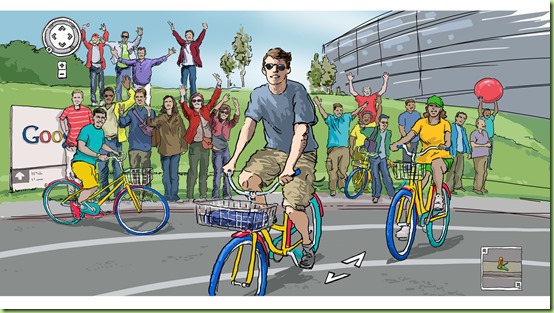 Just because they provide you with perks like free gourmet food, on-site laundry, dry-cleaning, and alterations, and an outdoor sports complex (featuring a soccer field, basketball court, two tennis courts, two bocce ball courts, two horseshoe pits, a putting green and a roller hockey rink) and pay you outrageous salaries doesn’t mean they own you. Nobody’s ever worked 80 hour weeks before! Oh, and their bosses all make more money than they do; how is that fair?

So that’s that; having had their safe places replaced with corporate sponsored play spaces the Special Snowflakes still feel aggrieved. The chickens raised on 16-20 years of brainwashing at the hands of “educators” have finally come home to roost. The Snowflakes now believe that the playing field should not only be leveled - it should be free and available whenever they feel like playing.

Unfortunately overlooked in the education of the Snowflake butterflies was the quaint truism that life’s not fair and they need to deal with it. So when the harsh winds and snow of winter arrive the butterflies, having lost their instinct to migrate, will likely fall to earth and die, 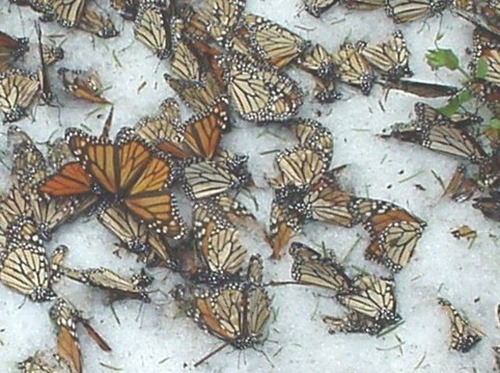 while the eagles will live to fly another day. 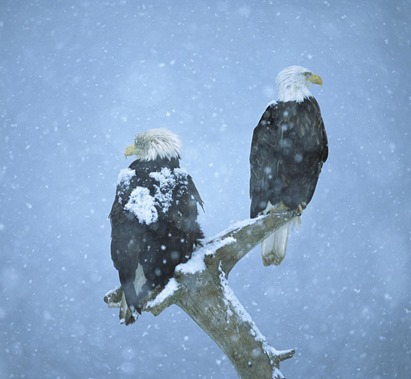 I need my safe space

[[I will attempt to explain where the Special Snowflakes came from.]]

There- it’s done been explained-