This is yuge! Barry admits to an error!

A failure to adequately plan for the aid and governing of Libya after the U.S.-led NATO attacks in 2011 “probably” was his biggest error in office, President Barack Obama said in an interview on “Fox News Sunday.”

Now he can claim to be perfect to a fault, although I’m guessing there’s a loophole in this admission – an expiration date perhaps – that will leave his legacy error free. 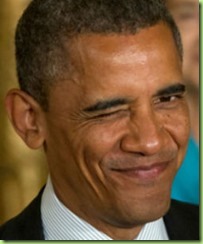 Asked by host Chris Wallace about the “worst mistake” of his soon-to-end White House years, Obama listed the aftermath of the ouster and death of Moammar Qaddafi, even as he defended the intervention.

“Probably failing to plan for the day after,” Obama said – Bloomberg

You just toppled a regime and you “forgot to plan for the day after” – really!? It’s not like “I forgot my Blackberry.”

You can’t just run back into the White House and grab it.

The Libyan military invention, Barry assured us, would “take days, not weeks.” [wrong] He later told us in a televised address that the military intervention in Libya [wrong] – was intended only to “protect the Libyan people from immediate danger and to establish a no-fly zone” [wrong]  and that “broadening our military mission to include regime change would be a mistake.” [apparently wrong]  All the while rebel groups were being provided with advanced arms “with the blessing of the Obama administration.”

So how is it that Hillary could announce, with glee, after Qaddafi was taken out that “We came, we saw, he died,” – if regime change was a mistake? Was that a mistake too? If so, what were those Stingers actually intended to do?

So while Barry’s admission of error in Libya was aimed at the right target he seems to have slightly missed the bull's-eye, 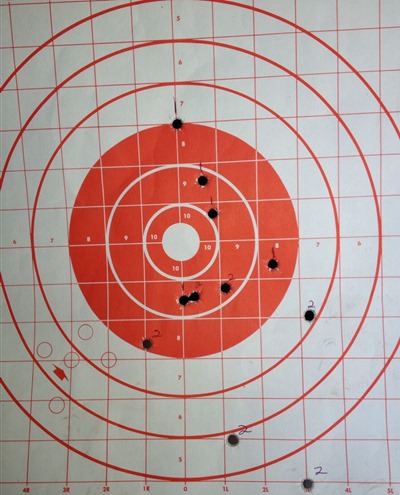 butt at least he’s shooting in the right neighborhood. 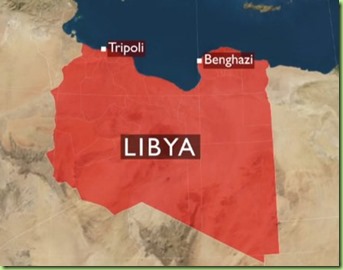 Others might argue that the biggest Libyan mistake was allowing 4 Americans to be murdered in Benghazi butt as our President-in-waiting is fond of saying, “What difference, at this point, does it make!?!” 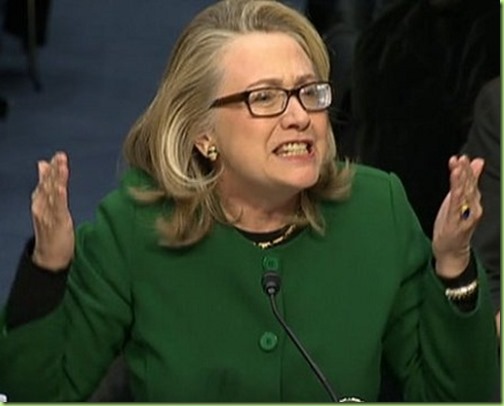 “Would all you annoying little people just go away.”

Others would argue that while Libya was indeed an error, it was an unforced error. It may be wise to cut our losses and not commit another one in the next election.

The most dangerous kind: JUST SAY NO; better yet – HELL NO!

“All Of A Sudden....Seven Short Years Have Passed!

Before Obama there was virtually no outlandish presence of Islam in America....

• All of a sudden, Islam is taught in schools. Christianity and the bible are banned in schools.

• All of a sudden we must allow prayer rugs everywhere and allow for Islamic prayer in schools, airports and businesses.

• All of a sudden we must stop serving pork in prisons.

• All of a sudden we are inundated with law suits by Muslims who are offended by American culture.

• All of a sudden we must allow burkas to be worn everywhere even though you have no idea who or what is covered up under them.

• All of a sudden Muslims are suing employers and refusing to do their jobs if they personally deem it conflicts with Sharia Law.

• All of a sudden the Attorney General of the United States vows to prosecute anyone who engages in “anti-Muslim speech”.

• All of a sudden, Jihadists who engage in terrorism and openly admit they acted in the name of Islam and ISIS, are emphatically declared they are NOT Islamic by our leaders and/or their actions are determined NOT to be terrorism, but other nebulous terms like ‘workplace violence.”

• All of a sudden, it becomes Policy that Secular Middle East dictators that were benign or friendly to the West, must be replaced by Islamists and the Muslim Brotherhood.

• All of a sudden our troops are withdrawn from Iraq and the middle east, giving rise to ISIS.

• All of a sudden, America has reduced its nuclear stockpiles to 1950 levels, as Obama’s stated goal of a nuke-free America by the time he leaves office continues uninterrupted.

• All of a sudden, a deal with Iran must be made at any cost, with a pathway to nuclear weapons and HUNDREDS of BILLIONS of dollars handed over to fund their programs.

• All of a sudden America APOLOGIZES to Muslim states and sponsors of terror worldwide for acts of aggression, war and sabotage THEY perpetrate against our soldiers.

• All of a sudden, the American Navy is diminished to 1917 Pre-World War I levels of only 300 ships. The Army is at pre-1940 levels. The Air Force scraps 500 planes and planned to retire the use of the A-10 Thunderbolt close air support fighter. A further draw down of another 40,000 military personnel is in progress.

• All of a sudden half of our aircraft carriers are recalled for maintenance by Obama rendering the Atlantic unguarded, NONE are in the Middle East.

• All of a sudden Obama has to empty Guantanamo Bay of captured Jihadists and let them loose in Jihad-friendly Islamic states. He demands to close the facility.

• All of a sudden America will negotiate with terrorists and trade FIVE Taliban commanders for a deserter and Jihad sympathizer.

• All of a sudden there is no money for American poor, disabled veterans, jobless Americans, hungry Americans, or displaced Americans but there is endless money for Obama’s “Syrian refugee” resettlement programs.

• All of sudden there is an ammunition shortage in the USA.

• All of a sudden, the most important thing for Obama to do after a mass shooting by two Jihadists, is disarm American Citizens.

* All of a sudden, the President of the United States cannot attend the Christian Funerals of a Supreme Court Justice and a former First Lady because of previous (seemingly unimportant) commitments.

All of a sudden, I am sick to my stomach.”

Reporter should have asked if that was a bigger mistake than Fast and Furious, Obamacare setup and current shortfall, IRS and NSA spying.

I know that Obama’s list of biggest errors is long and many faceted, I’d still say that the largest was the withdrawal of American forces from Iraq triggering the Shia 100% takeover in The Iraqi government. Interesting to note this is something Barry lists as biggest accomplishment.

He just misspoke: the American people don’t see a single mistake he has ever made.

None of it is “all of a sudden”, but none of this bothers the American people in the least. They are looking for who can best continue the popular Obama legacy, and Mrs. Bill seems to be the favorite.

considering he was probably answering questions they ordered him to ask, this is a big admission

0 is a muslim marxist. He intends to destroy America and so does his Party. Know them by their acts

Not to mention our premature, unforced withdrawal from Iraq. ISIS grew up between Iraq and a hard place (Libya), both due to Obama.