It’s been a week of Clintons.

First, Hillary took her very own MetroCard to ride the NY subway, just like the ordinary people: it only took her 6 swipes to master the concept, so don’t tell me she’s not qualified to be President.

Everyone knows you get to practice on the job till you finally get it: 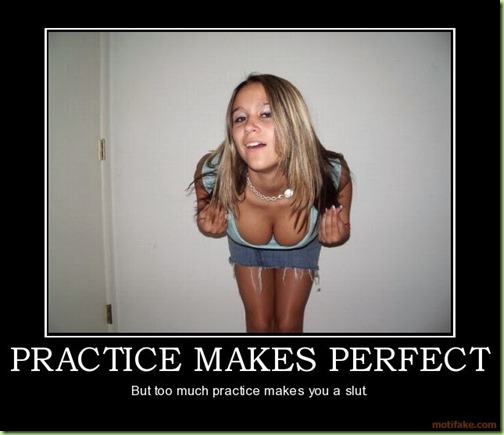 It was so much easier the last time Hillary rode the subway, just like the regular people – in 1992. 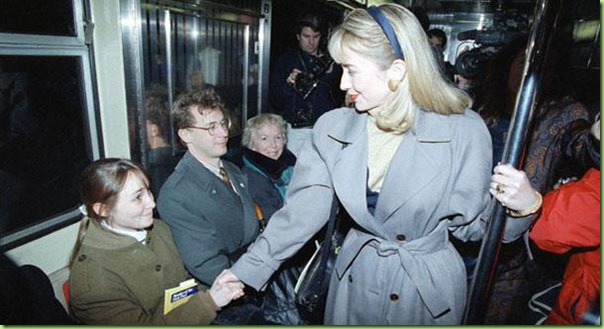 They still used tokens back then. And Hilz still had a waist.

All things considered though it was better to back people up at the subway turnstile rather than the above ground traffic, like she did the last time she was in New York for a haircut.

Then there was Bill. First getting into a shouting match with BLM protestors who not only had the audacity to shout him down, butt used his own legislation against him:

The heated exchange began after the demonstrators interrupted Clinton several times while he was on stage, lambasting his administration's Violent Crime Control and Law Enforcement Act of 1994. The legislation has been blamed for ushering in an era of mass incarceration that disproportionately affects blacks and Latinos, raising the US prison population by more than a million.

Boy, the one thing you don’t want to do with Bubba is attack his legacy – he wrote a 1,008 page autobiography to preserve it. (O/T: imagine how long Barry’s will be) And while his response was correct, the handlers made him apologize, which he sort of wanted to do, sort of:

“So I did something yesterday in Philadelphia I almost want to apologize for but I want to use it as an example of the danger threatening our country." - CNN

These two old wrinkled pols are getting to the point that they’re just robo-calling it in and neither of them seems to think much about what comes out of their mouths anymore. It’s a good thing that much of the MSM continues to love them and cover for them as much as possible. Because without the MSM, the jokes would just write themselves:

“I want us to have an absolute commitment to getting rid of lead wherever it is.” – Hillary Clinton, Flint MI,  Business Insider 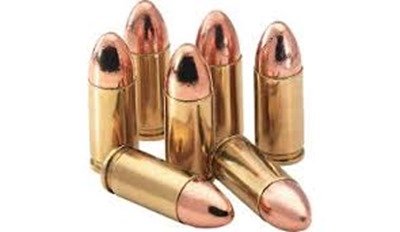 Where ever it is 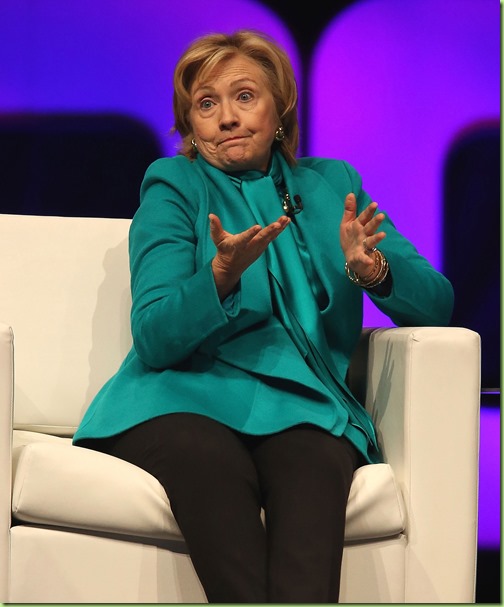 Thank Gaia the Clintons would never back up airport traffic for a haircut.