It’s been  exactly one week since the Muslim Underbelly of Sharia Leaning Ideological Misanthropes™ (M.U.S.L.I.M.)  - whoops, sorry snowflakes, I forgot my trigger warning – blew up the Brussels airport. 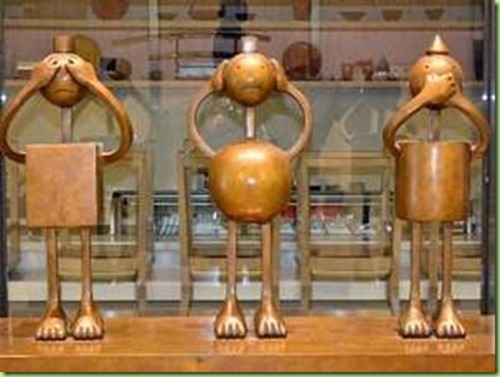 Snowflakes: Please remove your meltdown to the nearest safe space.

And already the security theatre authorities have sprung into action: Brussels attacks: Security scanners could be installed at airport entrances' in wake of bomb terror.

Case for installing a security perimeter outside airport arrival halls will be examined during an emergency meeting of experts that has been called for March 31, according to EU sources

Security scanners could be installed at the entrances to airports, under proposals to be discussed next week in the wake of the Brussels terrorist attack, the Telegraph understands.

Great idea! Move the security theatre curtain away from Starbucks and American Airlines to the front door of the terminals. I’ve taken the liberty of doing a mockup of what we can expect should the European Commission vote yes on the proposal: red marks the location where the first explosion occurred, blue the second attack, and green, the new security checkpoints…which will serve as the site of all future suicide explosions. 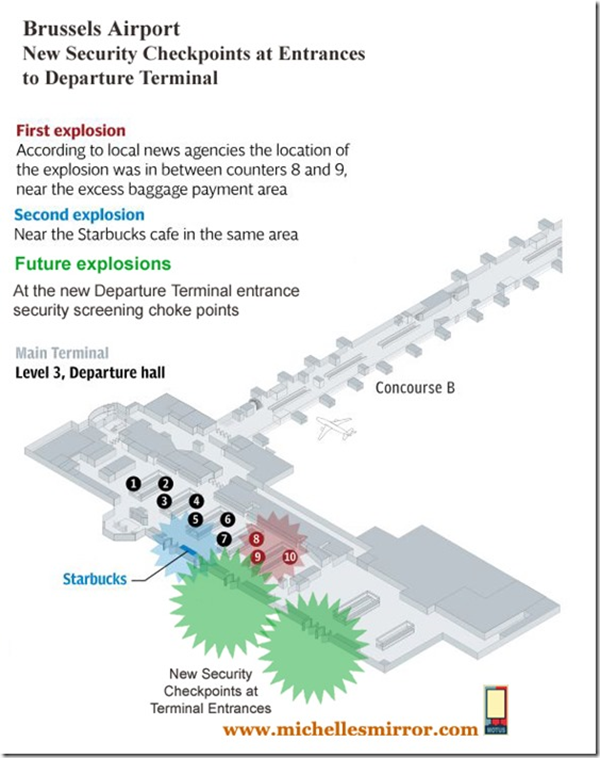 Wow! How hard is it to figure this stuff out?

It’s sort of like the old George Carlin routine where he used to quote statistics that the odds of finding yourself on a commercial airline flight with a bomb aboard were 1 in 22 billion, and that the odds of being on a commercial flight with 2 bombs are an astronomical 1 in 800 quadrillion. He concluded by suggesting that in order to ensure your safety you should always bring your own bomb. And only travel in Suicide Bomber Free Zones. 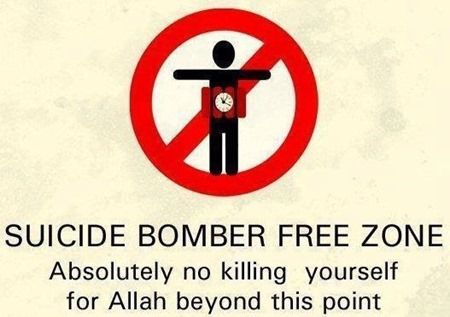 We are definitely in the very best of hands. 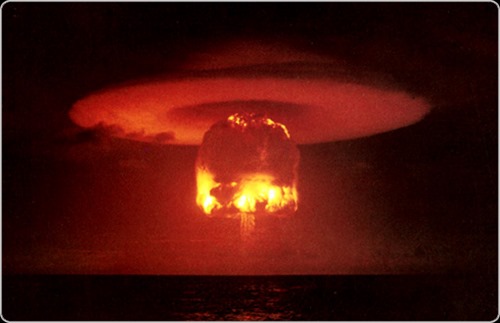 I am MOTUS, and I reassemble deconstructed reality in order to reflect it back to you. What’s your superpower?

There could be one or two minor issues involved with doing that.
The Logic is sound, butt......
:)

Merely announce that the floor wax, and the sprinkler system, now have rendered pig fat as an ingredient. 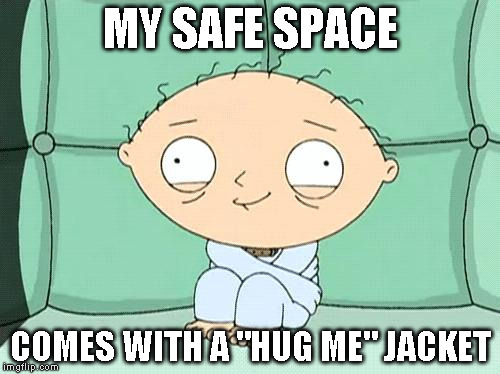