Having returned from their Cuban holiday 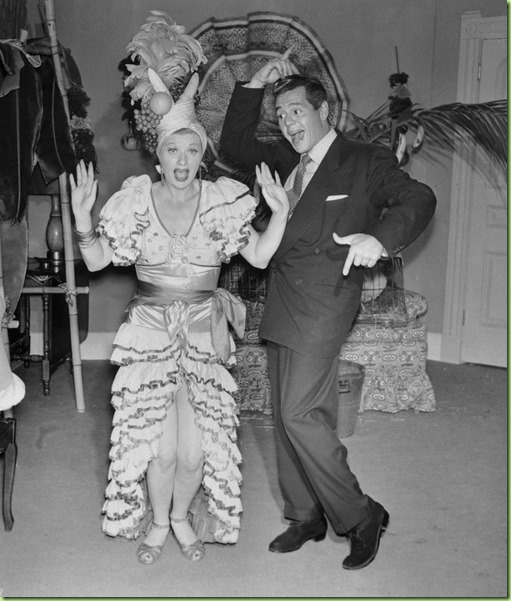 and their Argentinian dancing with the stars road trip 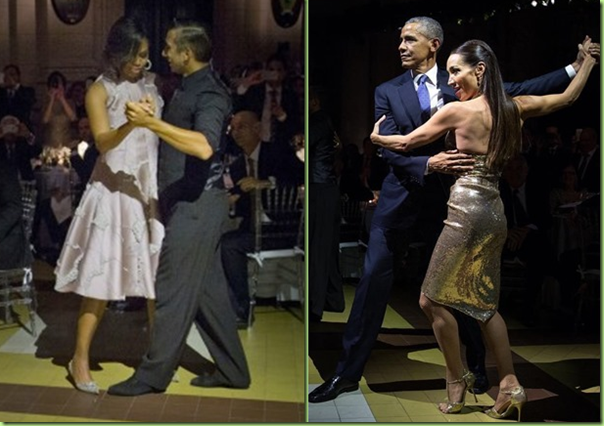 the Wons arrived home in time for Big Guy to hit his annual Holy Saturday round of golf. They also got home in time to attend the bi-annual Easter church service and sing-along. Although I think that may have been just a rumor started by the media as the only picture produced - in People magazine… 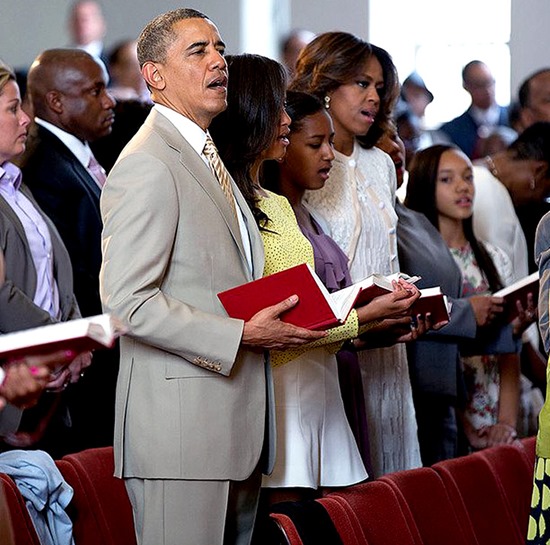 - is actually from 2014; trust me on this, your mirror never forgets an image. Butt what’s one more little white lie when nobody cares? 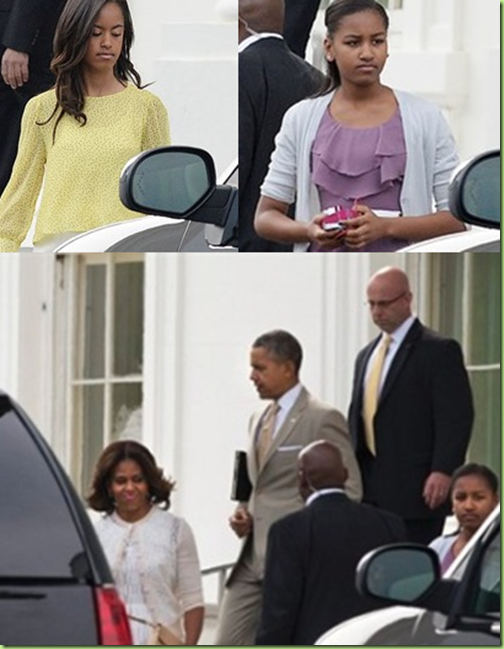 Obamas go to church on Easter, 2014; apparently they wore the same clothes this year.

Anyway, we’re up to the annual Spring Roll – and this year marks the Obamas’ eighth White House Spring Sphere Roll – which is kind of like an egg roll, 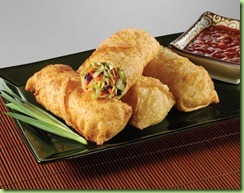 except it’s not fried, so it’s a lot healthier. And springy-er: 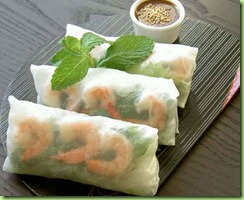 Seriously though, can you believe this is the 8th Egg Roll hosted by Big Guy and Lady M!? I still remember the first as if it were yesterday, do you? Everyone was so nervous about getting everything right that we even had run-throughs the week before to make sure everything would go smoothly at the actual Spring Roll.  - From Spring Roll Run-Through in 30 Seconds, with Peeps:

We had a little run-through with a bunch of the the staff’s kids. You remember how Lady M likes to greet little kids when they come to visit us at the Big White don’t you? Well, it looks like we’re going to have to work on her initial welcome before the actual Spring Roll. Lady M doesn’t want to scare the little children. Again.

Let’s just say the run through could have gone smoother. First of all, as you know, Lady M is just coming off her latest Botox treatment, and I guess some of the children didn’t recognize her. I don’t think it had anything to do with the boob belt. But you know how it is with kids - once one of them gets all hyper on you, the hysteria just spreads like chicken pox. The actual video was a little too ugly to use, in fact its been confiscated by the Secret Service. So I’ve staged a little re-enactment with Peeps to show you the sequence of events:

So I hope all goes well this year and Big Guy doesn’t embarrass himself again trying to shoot baskets:

And I hope the bee-keeps manage to persuade all the White House bees to stay in their hives so as not to terrorize the little children again:

It says a lot.

We would call them part of the Easter crowd.

But NUTHIN' shows what an uncoordinated weenie he is as him clumsily trying to tango with that hot Argentine dancer in that recent video.

Which seems unusual, because everybody knows that in general, black people show a lot of talent on the dance floor and on the basketball court as well.

I guess his weakness in these areas are probably the fault of the white side of his ancestry, and the difficulty he has faking being black and dealing with all that half white, half black "I'm da President and I can have or do anything I want" privilege.