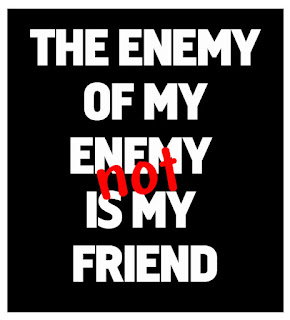 I’m angry. I’m actually damn angry. I’m angry that Americans have twice voted into the highest office in the land a man who is demonstrably anti-American, who sows racial tension, who has sought to destroy free markets, who has turned much of the nation into a welfare state and who has crippled the American military and destroyed American influence around the world. To me, Barack Obama is a cancer on the American body politic and the nation.

But I’m not angry at Obama… well, I really am, but he’s not who has animated me the most in the last six years. It’s actually the GOP establishment. I’ve gone to Tea Party rallies near and far. I’ve voted for candidates who claimed they were conservatives. I’ve donated money, I’ve manned phone lines, I’ve put up signs along the highway. I even gave lectures on the constitution and started writing a blog. All for what?

We have Obamacare, lock stock and barrel, and its numerous exceptions, extensions and a plethora of executive orders. We have a NLRB that thinks it can tell companies where they can invest and who they must hire. We have an IRS that’s become a thug enforcement arm of the Democrat party. And of course we have trillions more dollars of debt than we did eight years ago.

Fool me once, shame on you. Fool me 4 times shame on me. Exit poll after exit poll shows that Republican voters are livid with the GOP and want to burn it and Washington to the ground… hence the attraction of Donald Trump. Millions of people across the country who are disgusted with the GOP are flocking to the banner of a guy who will definitely not be held hostage to political correctness. A guy who doesn’t care about sucking up to minority voters. A guy who says what’s on his mind. Indeed, Donald Trump with his big business billions and his big mouth make many Americans stand up and say “Yeah, that’s what I’m talking about!” He makes them feel like an NFL receiver spiking the football right in front of a safety who blew his coverage. In a word, they want a winner who will destroy the liars in Washington.

Wow, that guy wins the prize for the largest number of superfluous words to simply say: “I hate Trump.”

The endless amount of pro-Cruz propaganda posted here is sickening.

So, the tl;dr version of this is that people who are angry should just stick with the losing formula of voting for more do-nothing DC people who are all talk, because someone who might actually DO SOMETHING is “anti-freedom” because doing something requires using the power of your office to UNDO the leftist, globalist garbage that’s been happening over the last 20+ years?

Yeah, no. I voted for someone who will do something. Enough pontificating. Enough caving in to the leftists and the globalist agenda.

I voted for the guy who won by double digits in my state. It felt good. It will feel good to do it again in November.

LOL! Haven’t checked to see how much pro-Trump propaganda is being posted by comparison to pro-cruz. Gettin’ crazy up in here. The comment about a note to katwoman5779 wasn’t meant for you to drop her a note.

The bottom line is Trump is the ONLY GOP candidate who can beat Hillary. Not only will he have the GOP, he will have huge numbers of disaffected Democrats who are just as pissed at Washington as we are, those who have gotten screwed by Obama over and over again. He has my vote for that reason.

Prior to going off the rails, he made a hell of an argument why we should support Trump.

So “stupid” Trump supporters need to stop listening to loudmouth Donald and get in line with the “principled” Ted Cruz. Sorry, I already voted for two members of the Bush family already for president. Don’t want to vote for one of their protégés who will bring the entire Bush apparatus back to DC.

Some people need to take a step back and have an honest open-minded look at how Trump has led his life and run his businesses.

That Trump sounds nothing like the person described in these articles. There are plenty of interviews out there (video and written) with people closest to Trump (employees, competitors, suppliers, partners, etc).

You may say those are cherry picked. But, you’d think that with all the hatred of Trump in the media and all the people who’ve dealt with him over the decades they have already found plenty of other people to fill the internet (or at least every news site) with real examples of how he’s despicable and unfair and treats women and minorities bad. Instead we get articles comparing him to Hitler.

Until credible testimonials start appearing I’ll assume that he does not win arguments simply by “Being confident and loud”. Many non-anonymous people have said that’s not his style. I’m sure the negative testimonials are coming but since they aren’t out now it’ll take more to make them seem credible to me. Those people should have been screaming a month ago and many in the media would have fought to be the first to tell their story.

CRUZ has NO WAY to get the nomination.

Your crossed fingers are about 6 months too late.

And, BTW, Cruz is toast — he will get shut out of a brokered convention, and he’s now on a path to get shut out by Trump for any chance in his administration.

Too much crybaby antics, too late, Vince.

So, basically you are saying there is no legitimate criticism of Trump. He’s just like Obama in 2008.

Nothing Trump has done so far compares to the disgusting, ignorant, tone-deaf, idiotic, insane, and corrupt way the GOPe (and incumbent Republicans in Congress) has screwed over common rank-and-file Republicans - and it wasn’t too long ago that Cruz was a nasty, evil TEA Party guy, shunned in the Senate.

Trump is a symptom of GOPe disease, and not a disease himself which needs to be eradicated.

While Trump may not be a polished politician, his message, albeit unpalatable at times, rings true to many disappointed Republicans.

The only “big tent” concept for the GOPe is if Rove gets a new bathrobe. They have been weeping bitterly that they need to find someone who will bring a diverse base to the GOP - well Trump is doing it and they HATE him for it.

The GOPe has attempted political assassination of Trump several times now, to no avail. No matter the outcome, the GOPe needs an overhaul, housecleaning, and reorganization.

You guys say the most incredible things. He's nothing like Obama, but you just keep posting it as if it's going to be magically true.

You all remind me of a saying of Reagan's in the day. I'll change it to fit the Cruzer meme:

It isn't so much that Cruzers are ignorant. It's just that they know so many things that aren't so.

16 posted on 03/18/2016 11:30:53 AM PDT by Lakeshark (One time Cruz supporter who now prefers Trump. Yes, there are good reasons.)
[ Post Reply | Private Reply | To 14 | View Replies]
To: Starman417
The USS Republic is in peril. The mast is cracking,
the tiller is cracking, the main sail is ripping. Our
current Captain and Chief Mate are incompetent
buffoons. There is one Captain Bligh among us,
captain from another ship, but who alone has the
courage to change the course we are on; all else
are half-measures. No time now, mates, to debate
the finer points of seamanship, of noble phrases,
pertinent to times of calm. Bring on the b@st@rd Bligh
and right the ship! 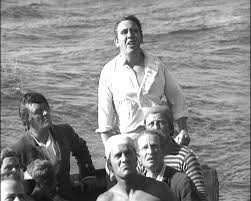 “The bottom line is Trump is the ONLY GOP candidate who can beat Hillary. Not only will he have the GOP, he will have huge numbers of disaffected Democrats who are just as pissed at Washington as we are, those who have gotten screwed by Obama over and over again. He has my vote for that reason.”

As a Conservative/Libertarian I’m angry that I’m sandwiched between progressive populists and progressive crony capitalists in the Republican party.