When I finished reading this â€“ â€œMuslims Outnumber Christians in Capital Of The European Unionâ€ â€“ I immediately thought this might make an appropriate requiem for the continent:

The story behind this song, Johnny Mandelâ€™s biggest hit, is interesting. It was commissioned by Robert Altman for his movie adaption of M.A.S.H.. He mandated two terms: that the songâ€™s title be â€œSuicide Is Painlessâ€ and that the lyrics be â€œreally stupid.â€ Mandel was unable to produce appropriately stupid lyrics so Altman tasked his 14 year old son with the assignment and the rest, as they say is history. Just like Europe.

The Fall of Constantinople; and the end of the Byzantine Empire

In his farewell address Ronald Reagan said "Don't be afraid to see what you see." We would be well advised to heed his advice. 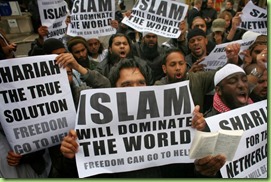 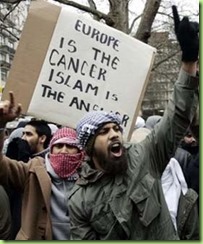 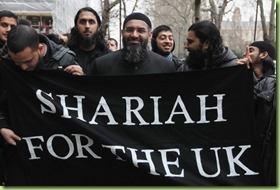 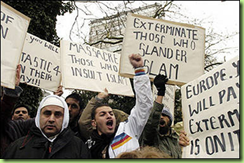 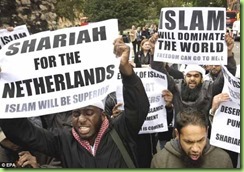 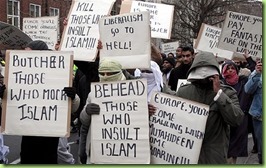 Not for those left behind.

It’s sad to see, but apparently it’s what those people want. They welcomed those ferals in and now are voluntarily submitting to them. The Euros don’t even have to be forced to their knees anymore.

No. Most of the people don’t want them. Just the rulers, for nefarious purposes.

If the people didn’t want them, they’d let their rulers know. The problem with Euros is they’re so passive they wait until the situation becomes so untenable there’s no way out.

Actually there have been protests.