Itâ€™s true, last night was all about a New York Yankee in South Carolinaâ€™s Court, aka â€œThe Year of Living Magically.â€ The story of The Donaldâ€™s rise reminds me of Mark Twainâ€™s  classic, A Connecticut Yankee in King Arthurâ€™s Court. 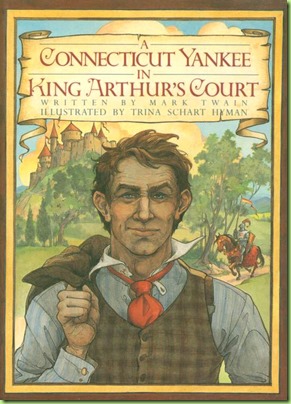 Pay special attention to this part of the plot:

After being made "the Boss", Hank learns about medieval practices and superstitions. Having superior knowledge, he is able to outdo the alleged sorcerers and miracle-working church officials. At one point, soon after the eclipse, people began gathering, hoping to see Hank perform another miracle. Merlin, jealous of Hank having replaced him both as the king's principal adviser and as the most powerful sorcerer of the realm, begins spreading rumors that Hank is a fake and cannot supply another miracle. Hank secretly manufactures gunpowder and a lightning rod, plants explosive charges in Merlin's tower, then places the lightning rod at the top and runs a wire to the explosive charges. He then announces (during a period when storms are frequent) that he will soon call down fire from heaven and destroy Merlin's tower, then challenges Merlin to use his sorcery to prevent it. Of course, Merlin's "incantations" fail utterly to prevent lightning striking the rod, triggering the explosive charges and leveling the tower, further diminishing Merlin's reputation. â€“ Wiki

Not only is â€œthe Bossâ€ fighting political sorcerers (the GOPe and their legion of useless consultants) and church officials (none other than the Pope himself) butt he continues to perform â€œmiraclesâ€ like winning the evangelical vote in states like SC. And despite Merlinâ€™s ads claiming that The Donald was a fake who was incapable of performing another miracle,

he pulled off another one last night and managed to explode Merlinâ€™s tower in the process. 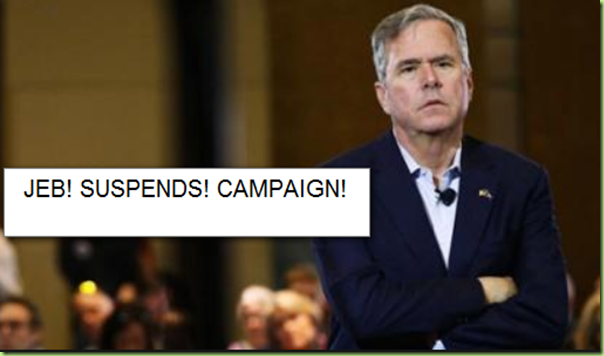 And not to belabor this trope, butt I would point out that the prime objective of King Arthurâ€™s court was to smite the Muslim hoard that was threatening to take over Europe, which at the time was the extent of the Western world. 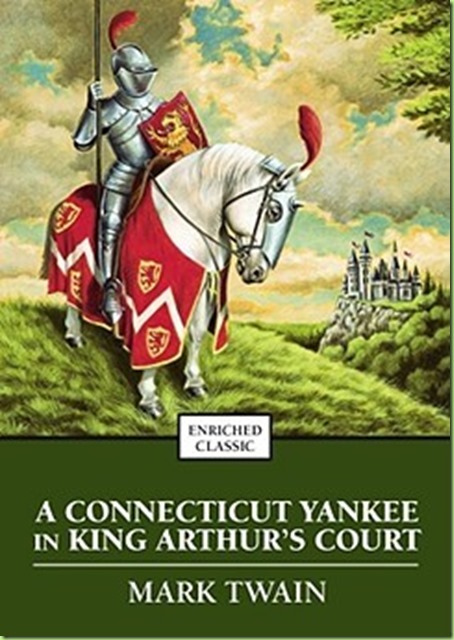 And so the story of the new-age sorcerer practicing his sorcery continues;

â€œBy the way, this is the real scary part. â€˜Trump won this week despite coming out for (a) health care mandate, defending planned parenthood, blaming Bush for 9/11, standing by impeachment.â€™â€ - Ed Driscoll

reports to the contrary having been greatly exaggerated. 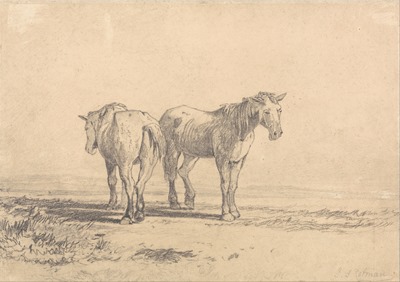 2 posted on 02/21/2016 6:48:59 AM PST by dynoman (Objectivity is the essence of intelligence. - Marilyn vos Savant)
[ Post Reply | Private Reply | To 1 | View Replies]
To: NOBO2012
When will the Trump nay saying stop? Think of those who live in this world of make believe, who keep dreaming for a magic act to prove their prognostications correct. Hell may freeze over before they change their views, but they are simply ruling themselves more irrelevant with every turn.
3 posted on 02/21/2016 7:13:48 AM PST by iontheball
[ Post Reply | Private Reply | To 1 | View Replies]
To: All
With their last dying gasp, establishment types are grasping onto one last hope: that GOPe Party rules will make it hard for Trump to clinch the nom. Trump is winning by pulling 30-40 percent of states' votes, making party-designated winner-take-all- thresholds out of reach.

Party rules, they say, make Trump/s securing the nom that much more difficult: (1) formally: winning a majority of delegates, or, (2) informally: broad support being so obvious it stifles competition.

Piffle. All of the GOPe rules mean nothing, nada, zippo. The fact is Donald Trump/s towering wins mean that he now OWNS the Republican Party.

Anything the GOPe did is DOA....including rules that were meant to cement the establishment candidates in power.

THE BEST PART is GOPe party leaders are scared to death of Trump/s candidacy. They know he can make his own rules.

Speaking of comparisons, try this one on for size...
There’s this first-time senator who is a lawyer, see.
He only ran for senator, a job where he hardly ever shows up to work, because he wants to be president.
He has questionable birth circumstances.
He has never had a real job of work or made a payroll.
He has a wife who has/had a very well paid position doing?? Because she wants to get them into the White House so she can “make a difference”.
This senator also has a pastor with some very out of usual theories and a “best friend” who is waaaay out there.
Wait a minute...Do we really want a do-over?
Isn’t that where we are right now?