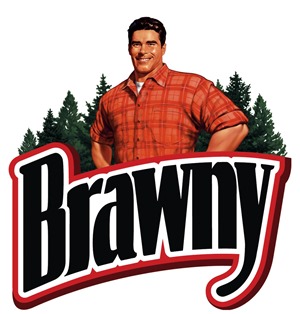 Why is the lumberjack stumping for Hillary in the north woods of New Hampshire? I know that sounds like the lead-in to a joke, butt no, seriously: why? 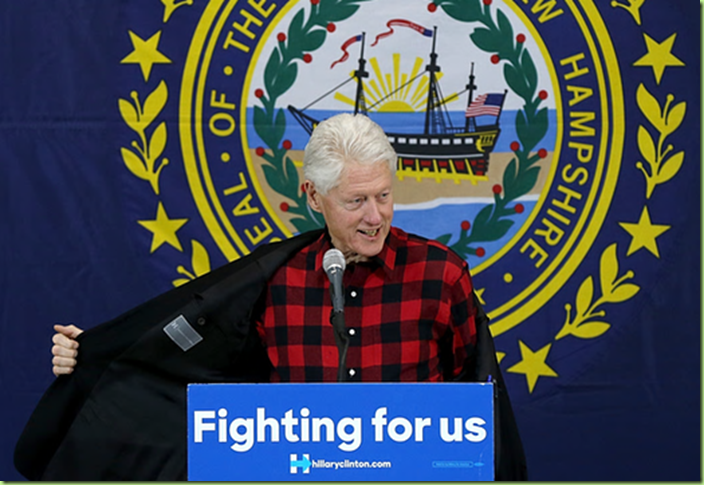 Can I get me a hunting license here?

Is this another Clinton quid pro quo? â€œIâ€™ll stump for you in New Hampshire, and then youâ€™ll stump for me, Brawny Lad. Got it? 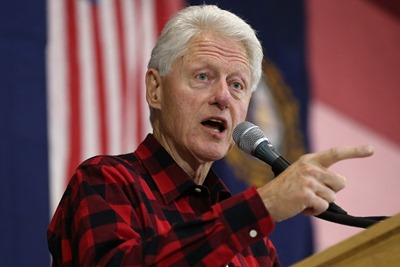 Butt this goes beyond even the normal Clinton pandering. And it doesnâ€™t work well for several reasons:

1. The Lumberjackâ€™s association with Babe, the Blue Ox

2. The lumberjack plaid: itâ€™s already been appropriated by another minority group. 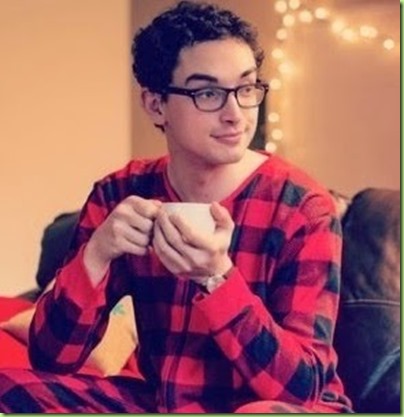 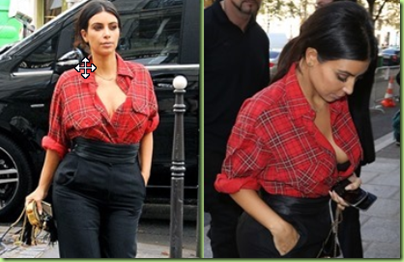 4. And itâ€™s clearly a micro-aggression: 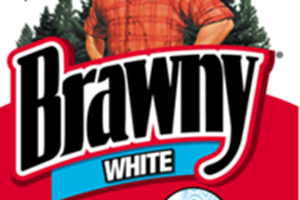 Which brings me to the biggest fail of this pandering effort of all: when youâ€™ve earned, and I do mean earned, the title â€œSlick Willyâ€

You old horndog you

â€¦you do not want to be associated with anything that might bring the phrase â€œthe slicker picker upperâ€ to mind.

Thatâ€™s just my take on it, you of course are free to love whoever you want in todayâ€™s New Hampshire primary. 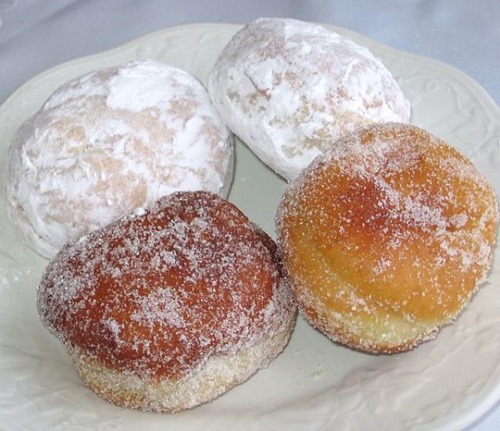 So savor your custard and jelly filled paczkis as Lent begins tomorrow - which is Godâ€™s way of giving you a second chance for your New Yearâ€™s resolutions.

I love MO’s Mirror. All I can stand to do anymore, is laugh.

I thought red plaid shirts had been appropriated by bull dyke lesbians, not pajama boy

I think you misspelled C....oh, nevermind.

“I thought red plaid shirts had been appropriated by bull dyke lesbians, not pajama boy”

A bull dyke made him put it on. Let the games begin.