Itâ€™s official: the blizzard of â€˜16 is historic. Like so many other things in the age of Obama. 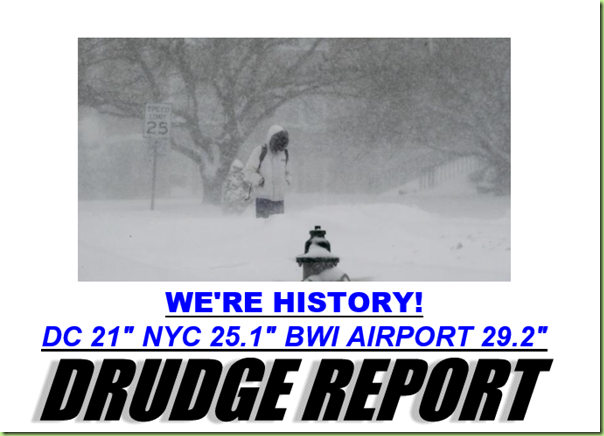 Of course history isnâ€™t what it used to be. Historical revisionism, also known as â€œnegationismâ€ and  â€œhistoriographyâ€ in the old USSR, makes it easier to get your message out. For example, who could forget BHOâ€™s â€œbio-bombingâ€ of presidential history:

In a June 28, 1985 speech Reagan called for a fairer tax code, one where a multi-millionaire did not have a lower tax rate than his secretary. Today, President Obama is calling for the same with the Buffett Rule. â€“ Reason.com

Butt as long as we do it with good intentions what differencve at this point does it make? Hence we will shortly eliminate the Confederacy from the Civil War and the Constituiton from the founding of the United States.

Because as the old joke goes â€œIn the Soviet Union, the future is always certain; it is the past that is always changing.â€

And donâ€™t think itâ€™s just history; art is subject to revisionism too, as James Lileks discovered while attending the Art of Rebellion exhibit at the Minneapolis Institute of Art Museum. The showâ€™s catalog asks â€œHow can we bring equality to history?â€

The sentiments behind the thought were so self-evidently correct that no one stopped to think how bizarre that sounds. At the most facile reading, it suggests that history should be rearranged to reflect not what happened, but what should have happened if modern values were transposed on the past.

Ha ha! Modern â€œvaluesâ€ â€“ surely a top contender for oxymoron of the decade - so far. Any hoo, once you start asking how we can â€œbring equality to historyâ€ youâ€™ve pretty much validated Francis Fukuyamaâ€™s premise that hisory is dead. Along with the rest of Western Civilization. And if you donâ€™t believe me, check out this newest hipster hair trend for men: man braids.  Although to be fair some people attribute this not to the end of Western Civilization butt rather â€œtoo much estrogen in the drinking water.â€ Which when you think about it might be the same thing. 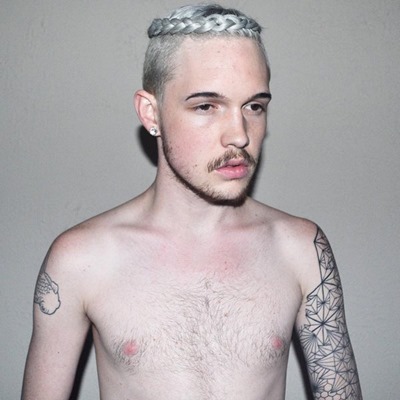 You probably canâ€™t rely on this new breed to clear the snow from the walks, so you might as well get out there and do it yourself. 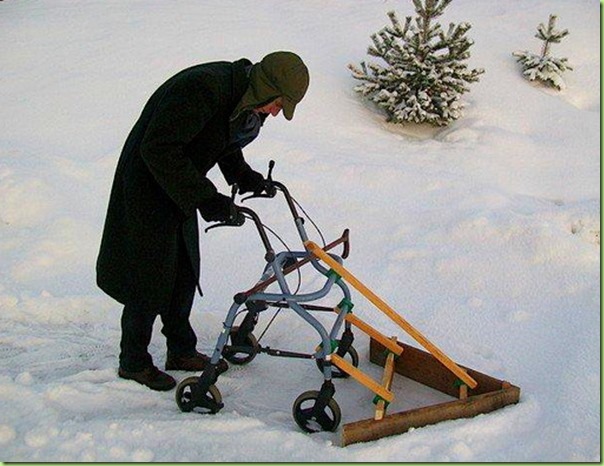