In case thereâ€™s anyone who still thinks Rahm willingly left Big Guyâ€™s employ as Chief of Staff to spend more time with his Chicago family: Al Sharpton, Barryâ€™s go-to-man on race just called for Emanuelâ€™s resignation. That should clarify the break up once and for all. 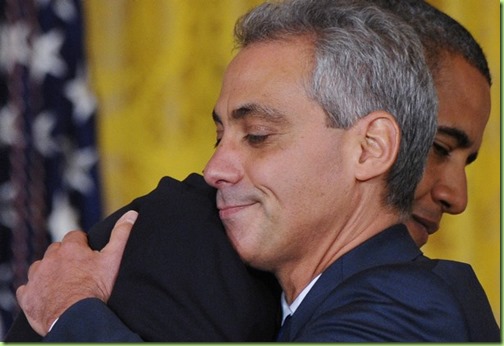 Yes, itâ€™s true; the one time street agitator who was single handedly responsible for destroying the reputation of an innocent NY prosecuter by falsely accusing him of raping Tawana Brawley, 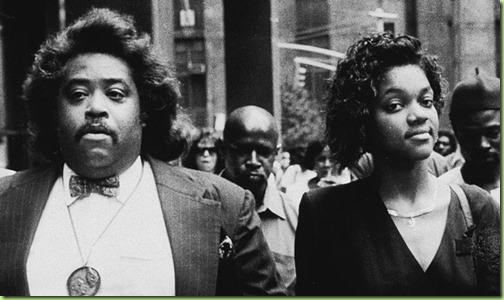 of instigating a riot against white owned Freddieâ€™s Fashion Mart, resulting in the death of 8 people, 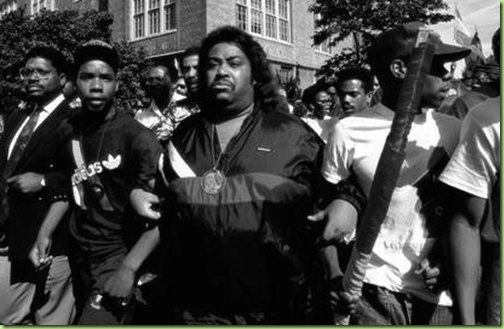 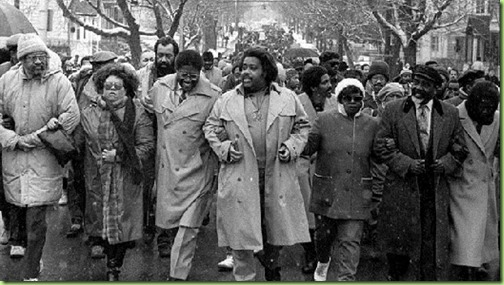 â€“   is now the countryâ€™s most important black leader.

So it was only a matter of time before Big Al and Big Guy would form a mutually beneficial admiration society to fundamentally transform America.

â€œHeâ€™s calculating ... he gets the game.â€ Sharpton recently told an associate when asked about why heâ€™s bonded with Obama. â€“ Politico 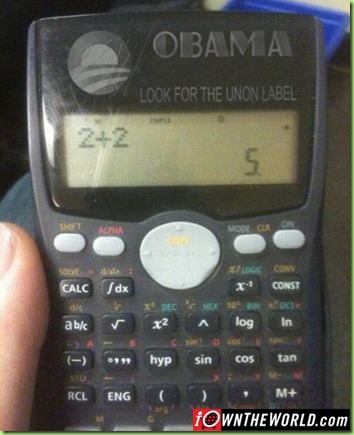 Naturally The Rev would be the designated hitter to take Rahm out of the game and get Big Guyâ€™s hometown back in the fold before the next election. And so he was dispatched to  "Morning Joe"  to opine that â€œI've never seen this kind of detachment in the years I've been fightingâ€¦â€ 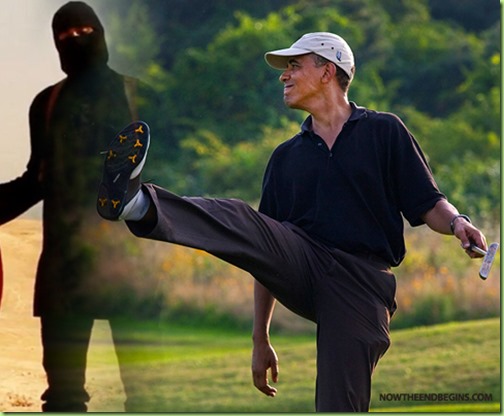 So letâ€™s just say that the former street agitator - the little man with a big head whose power reflects an inverse relationship to his abilities â€“ will continue to rule the roost for at least another year. 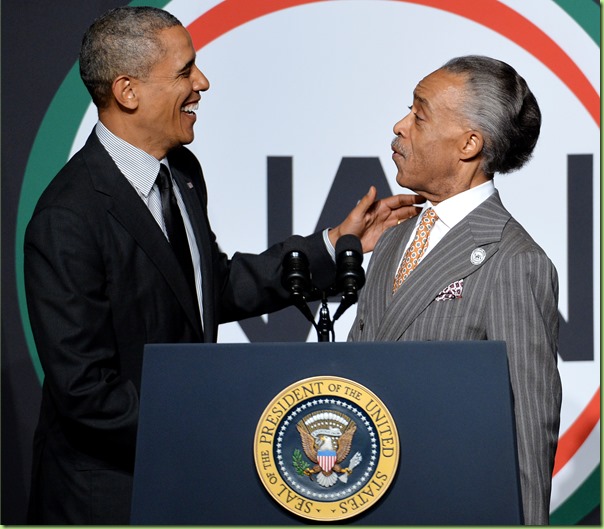 P.S. Many thanks to Doug Ross â€“ weâ€™re all winners on this bus!

At least he looked normal when he was fat

Obama got Sharpton on the phone and, in his genial way, began discussing the logistical challenges of a visit-maintaining all along that he wanted to make the visit happen. It took Sharpton a few minutes, but he got the message. "I called him back and said, 'I'm not going,'" Sharpton told me. "He told people he never forgot that."

Obama lied to him, saying he wanted Sharpton to visit, but talking him out of it, and Sharpton thought that was the smart thing to do. Lie about what you want and get the other person to buy the lie, but change their mind. The whole point is predicated on dishonesty.

And the fact that Sharpton isn't real sharp, maybe a little slow.

The only way he could have gotten that weight off that fast is with an intestinal bypass.

Uncontrolled diabetic or pancreatic dysfunction would do it as well.

If he actually lost that weight through discipline and exercise, I would actually be impressed with that aspect of Sharpton. Sometimes, it can be done. I’ve seen some friends “scared straight” by doctors who told them they had five years left without radical change.

He should write a book about how he did it - it would probably pay off his tax debt.

Don’t get me wrong - the guy is STILL a opportunistic leech.