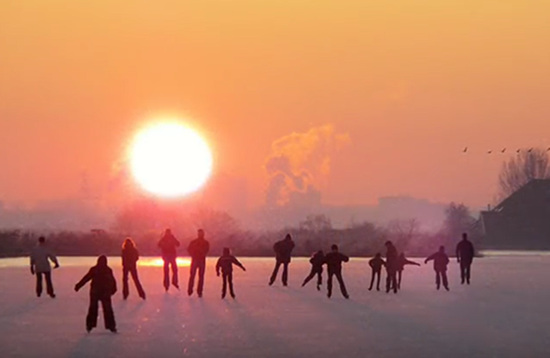 It's coming on Christmas,
They're cutting down trees.
They're putting up reindeer
And singing songs of joy and peace,
I wish I had a river I could skate away on

No, I didnâ€™t watch the Democrats â€œdebateâ€ last night. Did I miss anything? Other than Hillary being MIA again?

In a rather odd moment about halfway into the debate, moderator David Muir launched right into a question for the candidates who were on the stage and noted Clinton's absence. The camera showed her center-stage position empty as the debate rolled on. Not long after, she took her spot at the podium and acknowledged she was a little late. - USA Today

I did manage to snag you this screengrab of Debbie Wasserman Schultz at the debate sporting her new â€˜do. Very creative, uplifting even: based on this alone I declare victory for the Dems in the War on Women. 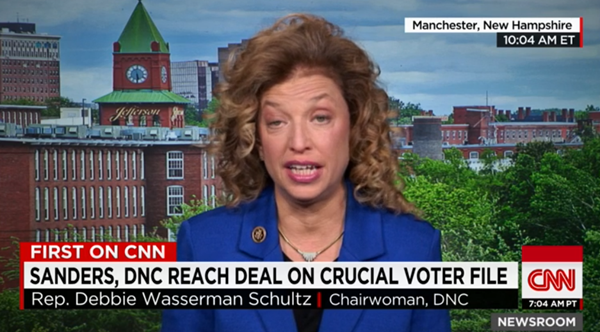 Butt seriously: whoa Nelly! That unfortunate nag looks like she's been rode hard andâ€¦well, you know.  It looks like she and Hillary may have been knocking back Moscow Mules during the commercial breaks. 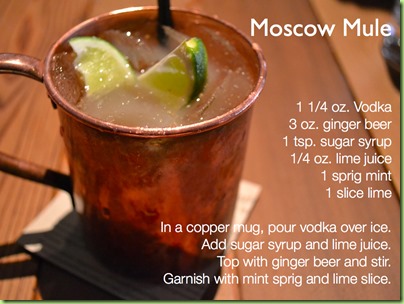 Moscow Mule: If pressed for time, you can hold the sugar, lime juice and ginger beer

So instead of fretting about politics and the demise of America, let's kick Christmas week off with this rendition of Joni Mitchell's accidental Christmas tune, River. It was originally released in 1971 on the appropriately named album, Blue, and never really intended as a Christmas song. It's become a staple because nearly everyone of a certain age is apt to "feel a little blue around the holidays" as my Mother used to put it, in her understated way. Even if you otherwise love Christmas and all its attendant traditions the march of time and circumstance inevitably mean beloved friends and family members are missing from our gatherings. I learned from my Mother that it's quite all right to unwrap that sadness, acknowledge its place in your heart, and then wrap it back up and set it back among all the gifts you've received along the years.
With that in mind I offer Joni's River today. Take a short trip down the frozen river, discharge the negative energy, then turn around and head back up river, towards the light. Sometimes we just can't see it because we have our backs turned.

There no way mis-Chelle would write that last paragraph.