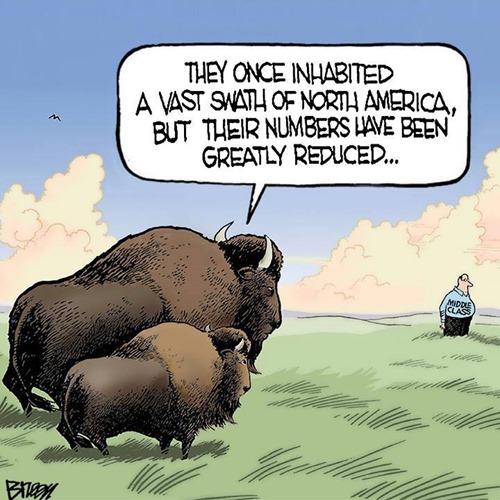 The nation's middle class, long a pillar of the U.S. economy and foundation of the American dream, has shrunk to the point where it no longer constitutes the majority of the adult population, according to a new major study. LA Times

Well how did that happen? Letâ€™s see;

Then sit back and blame the 1% and the Republicans (Bush! Reaganomics!) for not supporting your progressive social justice programs; thereby causing the demise of the middle class. 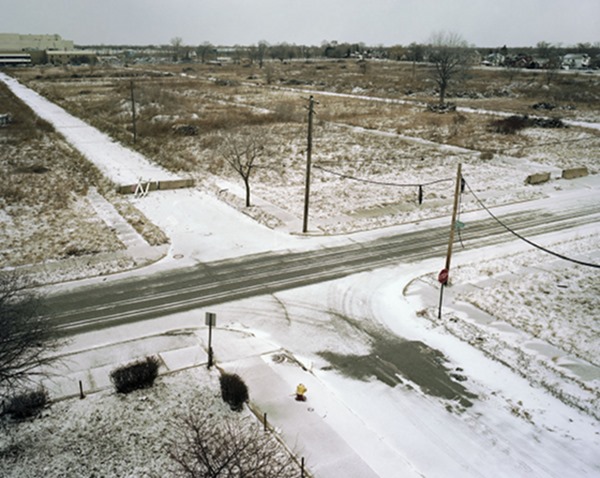 Detroit, 2015; where the middle class used to live 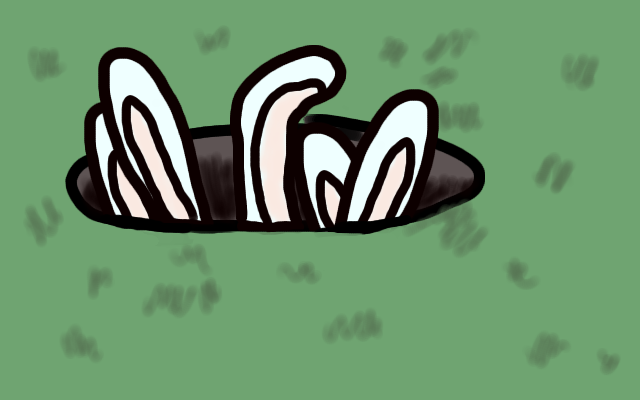 All I can see are the â€œearsâ€

That, my friends, pretty much sums it up, no?

IMHO. All ultimately caused by our fake, unbacked currency, which benefits progressives in government and the failed soviet-style, manipulated central planning of the Federal Reserve

The middle class and the stability it represents has always been the bain of communists. Destroying it is always their goal.

Obama, Clinton, et al are no different than suppressed communists.

McConnell, Ryan, the Chamber of Commerce are the tools Lenin referred to with his “sell them the rope” quote.

The LA Times article references a Pew Center Study. What the study found is that 11% of the households have exited the middle class.

What is interesting is that 7% of them have joined the upper class, while only 4% have sunk into the lower class.

Here is the URL of the study:

Plus the lower income group includes a growing population of illegals and uneducated immigrants. I am surprised that the numbers aren’t worse.

Our entire political establishment, is all for sending every American dollar to China.

They are all sold out.

If the Feds had to run a balanced budget (regardless of the currency) then they wouldn't be able to funnel so much money and so many associated mandates down to the states and cities.

If every government whether federal, state, or local had to make its own way then each government would more closely represent the will of the local people rather than that of the feds and internationalists.

There may be many highly educated people in the lower income group. They might own outright a house worth $200K, or they might have $5 million in their IRA for all anyone knows. The single year-income number is highly misleading.

I should know, since I am probably in the top 1% in net worth, but the number I put on my 1040 puts me at the bottom of the middle class. Why show a high income to the IRS if you don’t have to?

Close ... but they're generally NOT "skilled":

'Under this system, employers classify

'Notice that H-1B workers are "highly skilled" when industry wants more of them, but those very same workers become low-skilled when determining what they have to be paid.'

10 posted on 12/10/2015 8:01:50 AM PST by ConservingFreedom (a "guest worker" is a stateless person with no ties to any community, only to his paymaster)
[ Post Reply | Private Reply | To 1 | View Replies]
To: NOBO2012
Because of their belief in marx's exploitation theory, and their resulting hatred of capitalism, libtardism is the perfect storm of anti middle class economic policies:

1) taxes that are too high
2) regulations that are too numerous and too costly
3) too much government borrowing and gov. debt
4) too much inflationary increase in the money supply
5) too much government spending and deficit spending
6) anti business environment with anti rich, anti profit, anti property rights attitudes
7) out of control pro immigration policies
8) lack of knowledge of the boom bust cycle and what causes it and how to properly get out of it
9) redistributionism
10) welfare statism and social justice
11) egalitarianism
12) increased socialism
13) labor unionism
14) increased government interventionism and force

Put all these together and they will overcome technological progress, and the result will be economic stagnation or retrogression

Since 1971 the upper two bands have expanded by 7% - these folks didn't appear out of nowhere, they were the middle class moving up, which normally would be called a good thing.

Looking at the big picture, the 11% loss of the middle class is composed of 7% “moving up” and only 4% “losing out” and falling in relative standard.

Except for the social justice and income redistribution crowds this could be seen as an overall success for the system.

Exactly. That’s why the Federal Reserve is the foundation of progressive govt