Tired of preaching to the citizens of the United States, Barry arrived at the Climate Summit in Paris where he had the opportunity to agitate preach to a much larger audience. Sort of like the Pope, only more ecumenical. Come to think of it though, as the Pope has taken to preaching social justice and climate change it is exactly like the Pope.

Anyway, like a junkie in need of a fix Barry-the-community-organizer (BTCOâ„¢) jumped at the chance to apologize for America once again. 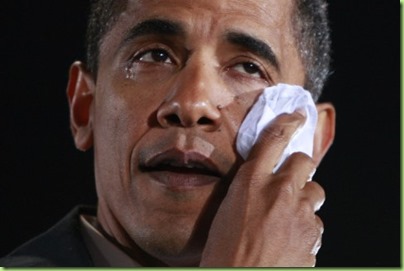 â€œIt is a good rule in life never to apologize. The right sort of people do not want apologies, and the wrong sort take a mean advantage of them.â€ - P. G. Wodehouse

Droning on 5 times longer than his allotted time, he apologized for Americaâ€™s sins against humanity:

Iâ€™ve come here personally, as the leader of the worldâ€™s largest economy and the second-largest emitter, to say that the United States of America not only recognizes our role in creating this problem, we embrace our responsibility to do something about it.â€

Ignoring hundreds of millions of years of natural climate change Barry, along with other world leaders, again signed onto the theory of man-made global warming in order to rationalize man-made economic manipulations designed to make a lot of money for alternate energy investors while stopping climate change (and economic growth) in its path. Too bad about Spainâ€™s largest solar company going the way of Solyndra though.

Then, today, BTCOâ„¢ took his hubris to an entirely new level at his presser where he reiterated that climate change is a bigger existential threat than the Islamic State; took credit for forcing China to sign onto his carbon emission reduction plan by leading the way in the U.S. (â€œbecause I was able to put my money where my mouth was, when I sat down with President Xiâ€¦â€). 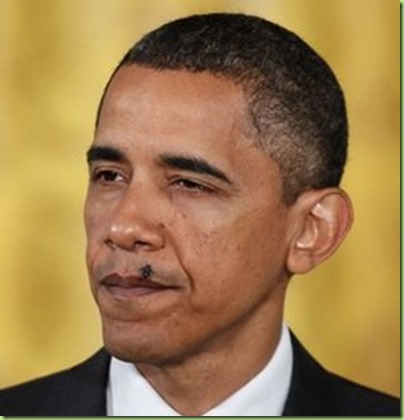 Let the record reflect that only one thing has ever been documented near Big Guyâ€™s mouth and it wasnâ€™t his money.

I suppose itâ€™s possible that Barry was so persuasive that President Xi felt compelled to sign onto cleaning up the air in China. Or it could be that the Chinese people are simply getting tired of burning eyes and lungs. 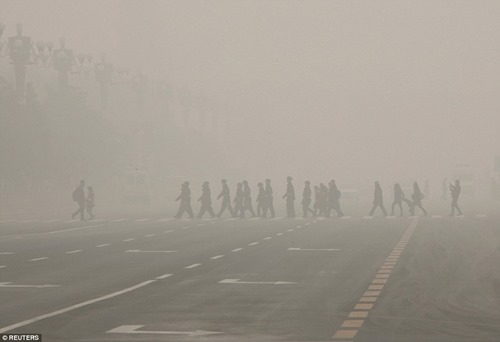 Beijing, 8:00 am. Ah, thereâ€™s nothing like the smell of hubris in the morning!

He also advised us that we wonâ€™t be able to wipe out ISIS for years to come, so we might as well focus on global warming and keep the fish out of the streets in Miami; 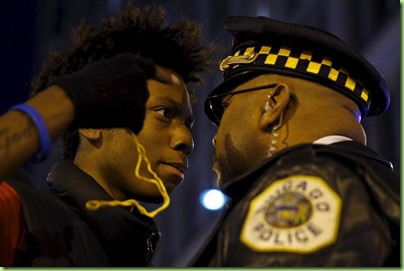 And, he took credit for containing and controlling Ebola (unclear how, butt presumably by bringing it home to study it). 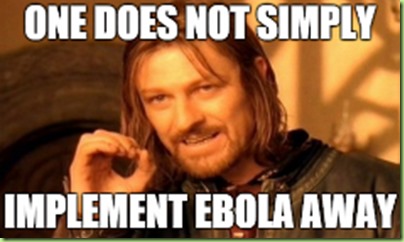 So if I were to grade this trip, Iâ€™d give Barry a solid A-. The same grade he will give himself in his third autobiography (terms of which are currently under negotiation, along with his cut of the alternative energy industry).

Meanwhile, may the solar and wind industries live long and prosper. Because if too many more go bankrupt, weâ€™re going to have to find a new scam light-bringer to push the global warming agenda. 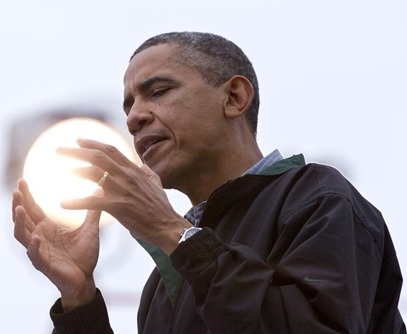 but he forgot his batteries

Obama is so dark (and I’m not talking about his skin color, all you snowflakes out there) that he casts a shadow in a basement at midnight.

0bama shows his ass to the world!

He’s gonna have a hard time basking in the light...with his head so far up his ASS.

The Resident CERTAINLY doesn’t represent, nor speak for, me. *spit*