Letâ€™s face it, not everyone has the temperament to be President, or a Supreme Court justice for that matter. Take Barry for example:

When talking about possibilities for his post-presidency life, Obama, a former law professor, says he doesn't have the temperament to be a Supreme Court justice but thinks he's 'suited' to be commissioner of the NBA and would 'absolutely' love to own his own team. â€“ Daily Mail h/t Lili

Yeah, why would you want to argue about a lawâ€™s constitutionality with 8 other justices when youâ€™re accustomed to writing laws yourself  with just your pen and phone?

And Iâ€™m certain there is a syndicate of well-wishers out there that would be more than happy to buy Barry an NBA team to play with now that heâ€™s set them up for life; you know â€“ you scratch my back, Iâ€™ll scratch yours. Boy, it would have been a lot cheaper and less dangerous for the country if theyâ€™d just bought him a team in 2008, instead of the presidency.

And it sounds like Lady M has a post-game plan too:

As for wife Michelle, Obama said he wouldn't be opposed to her having her own talk time show.

'If thatâ€™s what she wants to do, Iâ€™m okay with her making a whole lot of money. Thereâ€™s nothing wrong with that,' he said. [ed. Unless you happen to be somebody like, oh, I donâ€™t knowâ€¦Mitt Romney?] 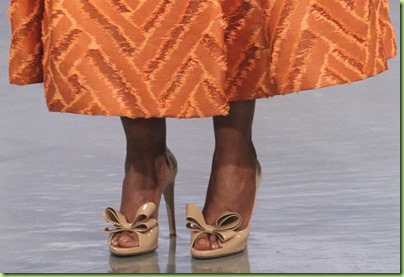 Anyway, hereâ€™s a little video from Deweyâ€™s WTF Theatre where POTUS  and FLOTUS discuss their future in the world that Barry built:

High fives, all around!

Take some time for psychiatric care for both.

If another terrorist attack happens in the USA before January 20, 2017, I don’t think there will be enough of Obama to fit into a thimble.

I think Obama still hopes that North America becomes part of the new Caliphate and they the Mullahs make him the governor of the territory that used to the the United States. He can make his new mansion in Hawaii be the governor’s office for that position.